Honor Fraser is pleased to present an exhibition of new work by Gardar Eide Einarsson. This exhibition, entitled Power Under Construction will mark Einarsson’s second with the gallery.

Einarsson’s approach to art making continues with his inherent conceptual complexities while applying direct appropriation and minimalism that in the end often leave the viewer disarmed. Einarsson typically uses a restrained palette of black and white, which offers a more serial or even deadpan reaction to his oftentimes overtly political, anti-establishment and general sub-contexts of opposition. Like Kasimir Malevich, the suprematist painter known for his socially charged works, Einarsson’s work seems starkly minimalist yet there are undercurrents of a strong voice of opposition. Einarsson’s aesthetically restrained compositions do borrow from a constant series of appropriated media, news headlines, explicit messages, underground subcultures and the criminal world. These subject matters offer a sort of punk viewpoint and suggest insurrection of establishment via lack of sentiment. Looking at advertising and propagandistic technique throughout mass media the artist reappropriates text and word play and recontexualizes meaning and public beliefs and so forms an ambivalent window into skepticism of authority.

Einarsson’s previous exhibition at Honor Fraser, All My Friends Are Dead, included inkjet prints on plywood of reproductions of nine images from a 1960s police instruction manual. The calm and neutral posture of the policeman demonstrating ways of handling a baton contrasts the violence of the implied situation provoking the use of the baton. Other themes Einarsson has explored include a series of works based on images of prison tattoos, a series of ten highly formal paintings each titled after a chapter from Robert Whiting’s book Tokyo Underworld (based on Nick Zapetti’s life in Tokyo as a mafia boss). In Power Under Construction, Einsarsson's continued themes offer a similar look into his skeptic’s view and all around opposition to the social status quo as he includes a large scale installation that is a recreation, and recontextualization as formalist sculpture, of the makeshift street barricades found in Thailand. A number of found objects, such as car tires are piled up to form a blockade fortified by casts of sharpened bamboo sticks. This work references the installations and happenings of sixties sculpture – most notably Allan Kaprow’s celebrated 1961 happeningYard.

Born in Norway, Gardar Eide Einarsson lives and works in New York. His work has been exhibited in solo shows in Oslo, Berlin, Köln, Paris and Copenhagen as well as the United States, and in the 2008 Whitney Biennial. More recently he has exhibited at the Modern Art Museum of Fort Worth in Texas, the Reykjavik Art Museum in Iceland, and the Astrup Fearnley Museum of Modern Art in Norway. Einarsson’s work is included in the Rubell Family Collection, the Museum of Contemporary Art, Los Angeles collection, the Jumex Collection, the Norwegian National Museum of Art collection, and the Museum Moderne Kunst Frankfurt. In Summer 2011 he will curate a group exhibition of punk-themed work at Honor Fraser.
GALLERY HOURS
TUESDAY — SATURDAY
10AM — 6PM 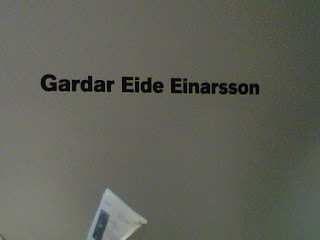 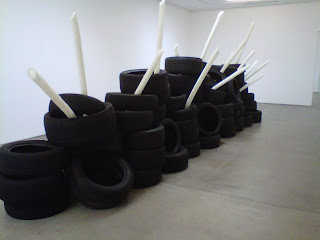 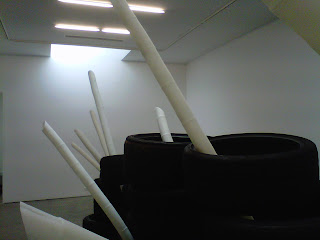 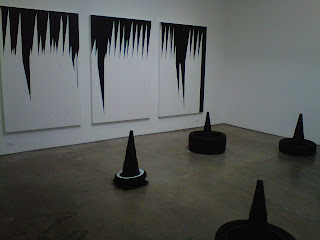 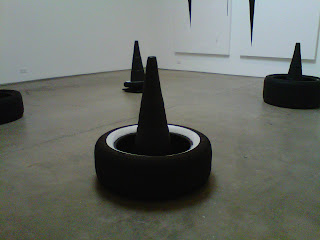 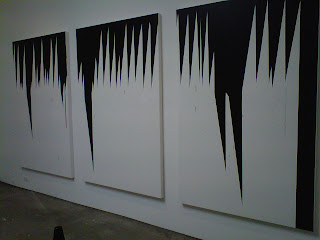