‘I tried to see how it would be possible to draw a landscape that was not a landscape, but a period of landscape,’ Opie tells TateShots, as he describes the process of creating his large-scale wall painting: There are hills in the distance (c) 1996.

Opie’s work is on show in Looking at the View, a thematic display at Tate Britain that finds parallels in the way artists have framed our vision of the landscape over the last 300 years.
at April 21, 2013 No comments:

Regen Projects is pleased to announce an exhibition of works by New York artist, Marilyn Minter. For her second show at the gallery, Minter will debut five monumental paintings. Accompanying this body of work will be Minter's earliest black and white photographic series. Taken in 1969, these photos of her drug-addicted mother set the stage for Minter's career-long exploration of the pathology of glamour.

Three years in the making, these new large-scale paintings deepen Minter's investigation of how we communicate with the illusion of glamour via advertising in public spaces. Cracked glass, swaths of vibrant graffiti, and dripping water confront the viewer and obscure Minter's archetypal images of stiletto heels and eyes caked with makeup. Meticulously painted in Minter's signature style, the paintings are constructed using many translucent layers of enamel paint, creating an image that at once crystallizes and dissolves for the viewer.

Marilyn Minter has exhibited extensively in solo and group exhibitions at museums internationally. These include the Museum of Modern Art, New York, NY; Fotomuseum, Winterthur, Switzerland; The Contemporary Arts Center, Cincinnati, OH; The Museum of Contemporary Art, Cleveland, OH; La Conservera, Murcia, Spain; San Francisco Museum of Modern Art, San Francisco, CA; Museum of Contemporary Art, San Diego, CA; The 2006 Whitney Biennial, New York, NY. A large solo exhibition of her work opened at the Deichtorhallen, Hamburg, Germany on April 29 2011. Recently her work was exhibited in Riotous Baroque, originating at the Kunsthalle Zurich, Zurich, Switzerland and traveling to the Guggenheim Bilbao, Bilbao, Spain. An upcoming solo museum exhibition will open in 2015 and tour numerous venues, yet to be announced. Monographs of Minter's work include Marilyn Minter published by Gregory Miller, 2010 and Marilyn Minter published in conjunction with her exhibition at La Conservera also in 2010.

An opening reception for Marilyn Minter will take place on Saturday, April 6th from 6:00 to 8:00 pm. 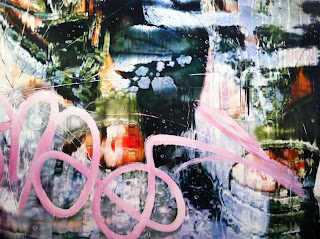 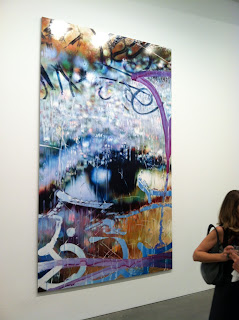 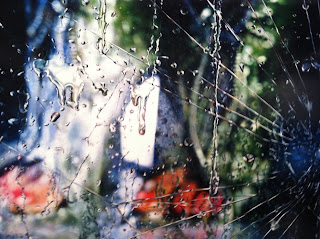 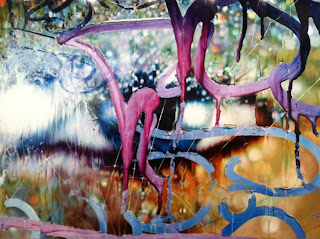 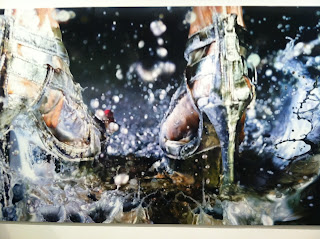 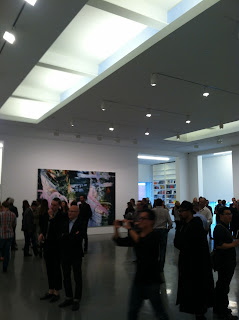 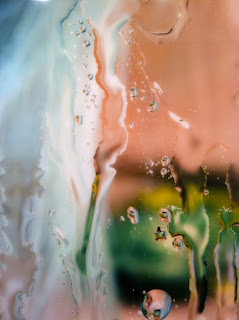 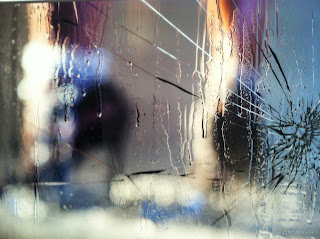 
Nathan Danilowicz’s practice inquires at the intersection of art and mysticism. It is an exploration of high and low culture, the occult, and alternate realities– how mortality compliments growth and is made tactile in works that pull references from minimalism, sci-fi shamanism, and ritual. Combining highly crafted geometry with raw gestural accentuation, Danilowicz creates works that are an alchemical marriage of intuitive exploration and honed precision. Insistently contemporary, Danilowicz’s work nevertheless recalls the geometric abstraction of late modernism, and reflects the fractured psychologies that have arisen in the midst of our dystopian techno-isolation.

The core of Danilowicz’s practice begins with small ink drawings that he refers to as Quaternities. For Danilowicz, these daily drawings act like mandalas. In this instance, the act of creation is a means to harness both mental acuity and release. To date, Danilowicz has completed over 1300 of these geometric drawings. It is from these essential works that all of his additional artworks, whether they be paintings, sculpture, or of another medium, stem.

Shadowkings is an exploration of the (hidden) power influences that co-mingle throughout society. Using Chaos Magick as a central interest, Danilowicz enacts his will onto the world through painting and sculpture. Like the many intersecting lines that adorn Danilowicz’s work, the numerous exchanges between artist and viewer make palpable the specter of eternity in all its abstraction. Using found materials, such as wood, plastic, and metal, Danilowicz’s sculptures reference urban decay and renewal. They strike an uneasy equilibrium as they are at odds with their own being, at once in a state of becoming and unbecoming.

In Danilowicz’s work, the cosmetic cover of reality is bled to the surface with no resolution offered. It is in these types of psychic places and embodied movements that the artist calls to attention the modes of perception, and the liminal space between unknowing and understanding.

While at UCLA, Danilowicz studied New Genres under Chris Burden, Jennifer Bolande, Andrea Fraser, Donn Suggs, Lari Pittman, Charles Ray, Mary Kelly, Roger Herman, Jeffrey Vallance, and John Baldessari. While at the Maryland Institute, College of Art, he studied art history and theory under T.J. Demos as well as poetry under John Yau. He has worked as a studio assistant for Jason Rhoades and later for Mike Kelley. More recently, he has collaborated on text/image projects with writer and theorist Lawrence Rickels as well as fiction writer and translator Brian Evenson. 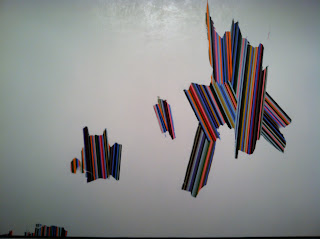 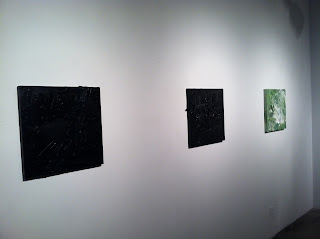 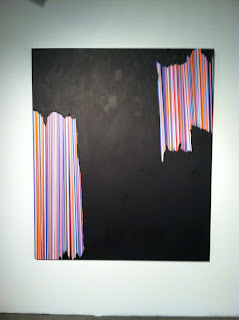 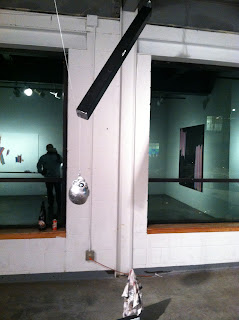 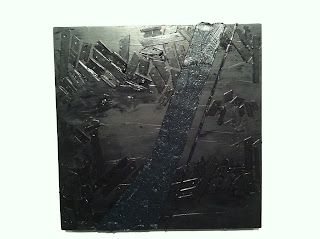 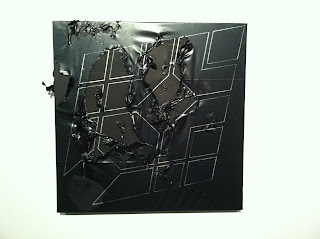 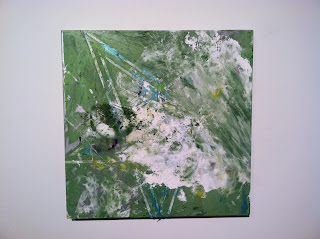 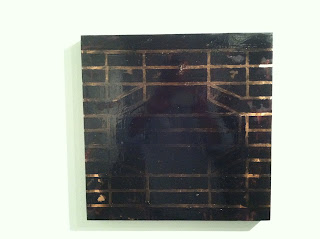 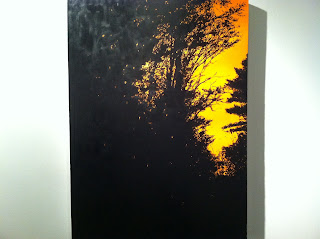 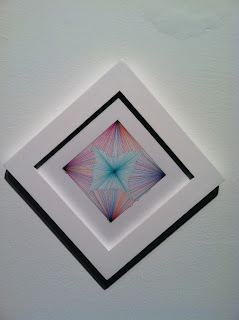 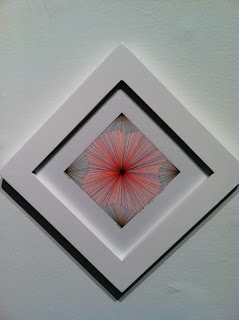 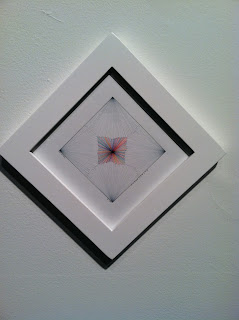 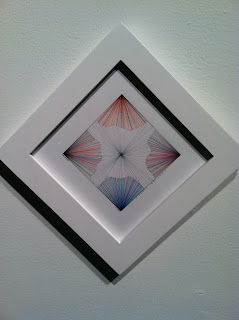 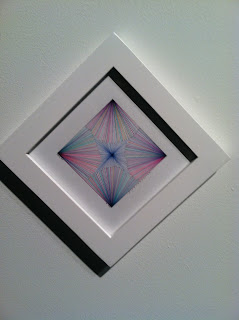 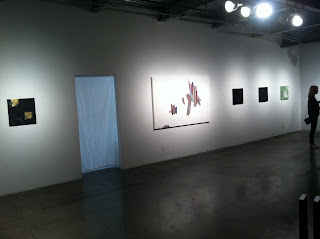