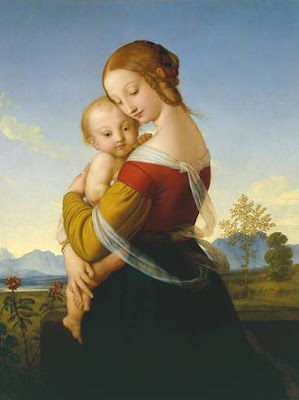 Below is an unfinished posting that was intended to be part 3 of the three part series about the Art of Two Germanys show at the Los Angeles County Museum of Art. I did not have the time to complete the entry, so I will be posting it "as is," warts and all without editing...

In my final post about the Art of Two Germanys, I will cover both the Red Army Faction (RAF) or Baader-Meinhoff Gang, and the final fall of the Berlin War and reunification.

During the late 1960s and into the 1970s, radicalism was on the rise both here in the United States and in Germany. The Vietnam war and the Cold War created intense self examination and almost a self-loathing within the West. Protest were pervasive from Universities to the streets of Berlin, London and Paris, students took to the streets protesting both the war and capitalism. The Wall Street Journal recently published a book review by David Gress entitled "A Time of Terror." Mr. Gress describes the Red Army Faction as follows, "In the early 1970s, they terrorized West German urban centers, robbing banks and bombing buildings. In 1972, a pivotal year, (members of the RAF) were finally caught and put in a jail specially constructed to hold them. But then a second generation of sympathizers picked up where they had left off.

Over the next five years, the rejuvenated Red Army Faction robbed, kidnapped and killed. One of its targets was capitalism itself -- in 1977, it abducted and murdered industrialist Hanns Martin Schleyer. The gang also took aim at the supposedly crypto-Nazi rulers of West Germany, hoping to force a release of its imprisoned compatriots. It made no impression on any of these revolutionaries, of course, that West Germany's allegedly oppressive government spared no expense in providing legal counsel for the prisoners. On one day in 1975 Baader was visited separately by no less than four lawyers.

As Mr. Aust reports, East Germany secretly aided the terrorists, with both funds and logistical support. That is understandable, given the communist goals of the time. Harder to credit is the considerable public support that the gang enjoyed in West Germany -- at one point, a quarter of young Germans expressed sympathy for the terrorists. Opinion-makers on the left also showed a certain affinity for the gang -- Nobel Prize-winning author Heinrich Böll admiringly called the Red Army Faction's campaign the "war of six against sixty million."

One of the gang's most prominent strikes was at the West German embassy in Stockholm in April 1976. The terrorists occupied the building, but German chancellor Helmut Schmidt -- having failed previously to respond aggressively to the terror campaign -- approved the storming of the building by Swedish police. It was a turning point: Germany was clearly on the offensive against the Red Army Faction. The next month, Meinhof killed herself in her prison cell.

Mr. Aust tells the Baader-Meinhof story with journalistic care but also with an acute sense of drama. We watch in horror as the terrorists commit kidnappings and murders in a frantic effort to force the release of Baader and his accomplices. After the gang hijacks a Lufthansa airliner and forces it to Somalia in 1977, we cheer as the German government sends in a strike team that frees the passengers. News of the raid breaks the will of Baader and of Ensslin, his lover, and another imprisoned gang member: On Oct. 18, 1977, they all commit suicide. Though remnants of the gang would perpetrate violent acts in the 1980s, the Red Army Faction is essentially finished."

After reading this article and others about the Red Army Faction, it hard to be morally neutral about such activities. However, it seems that the artist and those works that address the Baader Meinhoff gang's campaign of terror, were either neutral or were almost sentimental for the acts that these terrorist committed. It was great to see works made in East Germany, as well West Germany. I understand that artist like Jorg Immendorf and A.R. Penck were collaborating as a way to show some sort of commonality between the two states that were divided as result of an ideological conflict. But I could not be neutral on what the East German government did during this time, and what they sponsored in the West to undermine and destroy democracy in the West.... 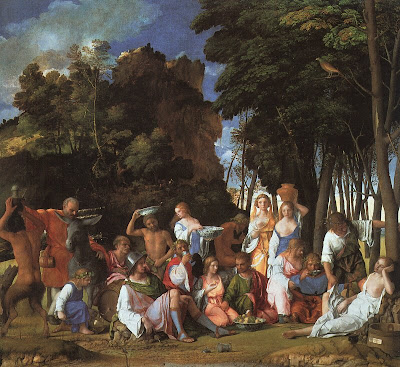