"Annihilation" a solo show of works by Vhils, at Over the Influence Gallery, Los Angeles, California

Street art can be problematic. The crisis in street art is as old as when it was first being recognized as a viable art within and outside the confines of the art world. As Rene Ricard in his seminal essay, "The Radiant Child" states when he asks the question "Where is Taki?", the problem is that of meaning. The challenge of a street artist is whether it can create work that is beyond the mere image or the expression that is created. Vhils  takes his art to another level by surpassing the image and exploring ideas outside the surface.  "Annihilation" is Lisbon-based artist Vhils, aka Alexandre Farto, first solo show at the new gallery Over the Influence, located next door to Hauser & Wirth, in Los Angeles, California.Vhils is interested in the interaction of humans with both the urban environment and with each other.

The urban environment is place where identities can be both made and destroyed. Thus the idea of "Annihilation" is explored as both a catalyst and preventer. Created from a variety of source materials – including carved wooden doors, acid-etched metal plates, styrofoam dioramas, hand-carved billboards, and newly developed concrete sculptures -, the work presented in "Annihilation" engages the viewer with the urban context. With a particular emphasis on the impact of the metropolitan way of life. "Annihilation" will share the stories of urbanites who give vitality into the densely populated urban epicenter, resonating and reverberating with the human experience of  living in a contemporary megalopolis. The faces in each work appear and disappear within the confines of the sculpture, collages, paintings and materials created for each object. The people shown are not identifiable, yet they are recognizable as people seen in the crowds and on the streets in the city. One of the most interesting works in the show are 3 video pieces set in Hong Kong, New York, and Los Angeles. The videos show the passing of people as they go about the everyday. Faces and people congregate and interact in an urban setting. The city is both a stage and conflict zone where interaction and relationships are negotiated within the confines of the city.

By using the city as a stage and exploring both intricacies and interrelationships between those that engage  and in the urban environment, Vhils solo show is successful is going beyond the surface of the image. Vhils explores the idea that the metropolis is a place where identities are annihilated, but in the end the trace remains. The faces and the portraits that appear are traces of the people that seen everyday. 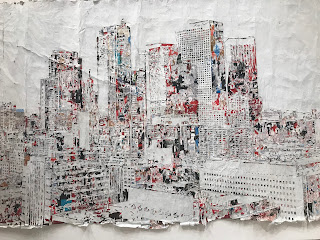 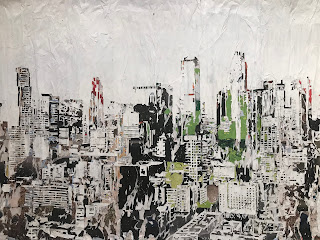 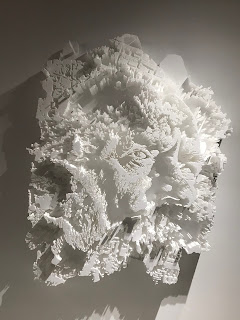 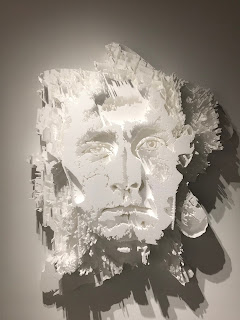 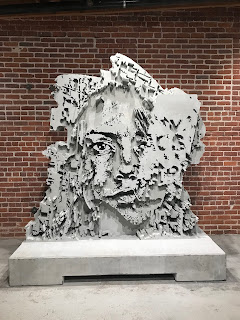 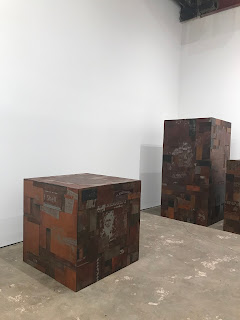 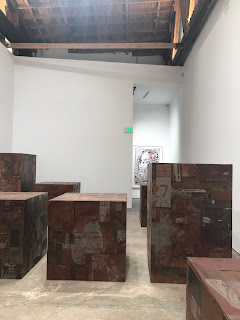 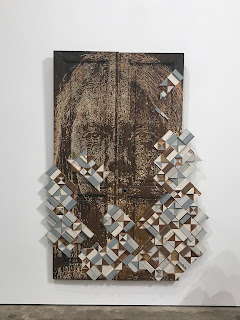 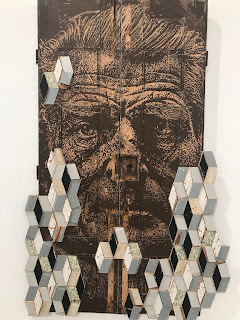 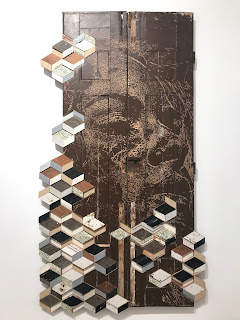 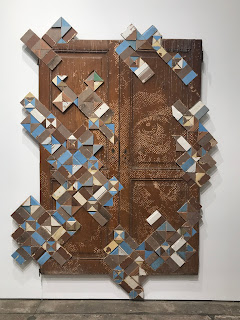 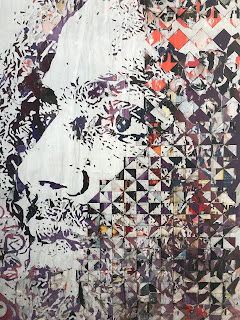 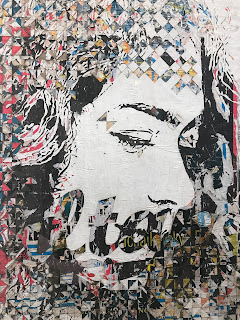 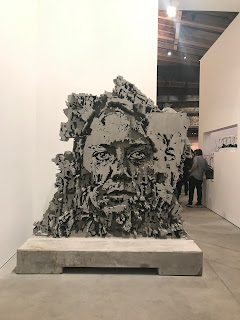 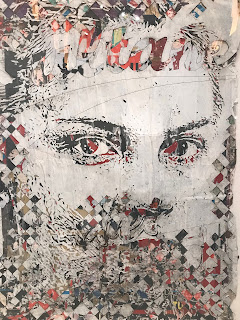 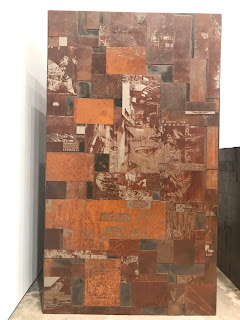 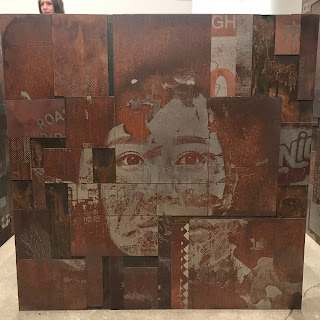 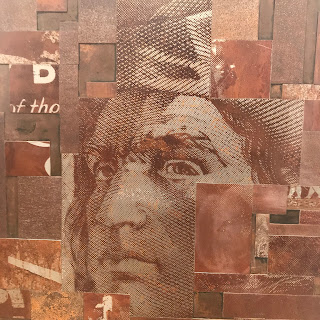 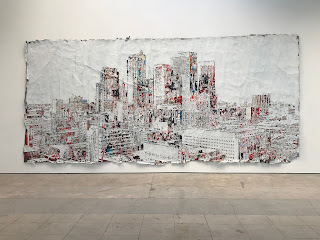 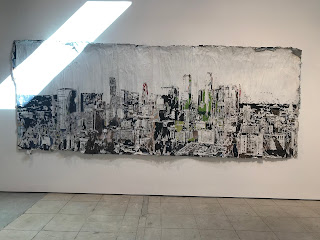 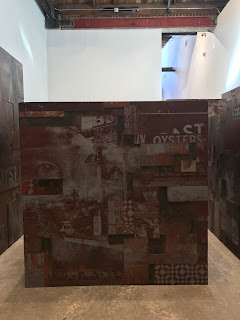 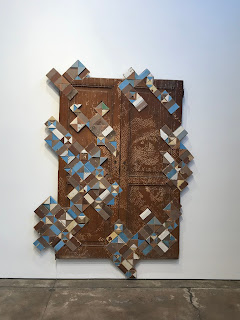 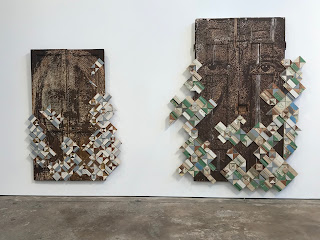