Katja Seib is a Los Angeles based painter who was recently featured in the "Made in L.A 2020: a Version," located at both the Hammer Museum in Los Angeles and The Huntington Library in San Marino, California. Katja graciously agreed to do this interview via email correspondence where we discussed her background and her painting.

Mario Vasquez (MV): Thank you, Katja for doing this interview. For those who are not familiar with you or work, tell me a little about your background. What led you to become an artist?

Katja Seib (KS): I grew up in Düsseldorf, which has always been a city inspired by art.  The famous Kunstakademie is located there. From a young age I learnt about Joseph Beuys, Markus Lüpertz, Jörg Immendorff, Albert Oehlen and many more artists.  And I visited the Kunstakademie’s yearly “Rundgang” (a week where the students of some of the artists named above and many more classes of Art Professors show their works). Going there and seeing art - especially paintings - felt right for me, and I knew I would always want to study there one day and so I did.

MV: So out of the artists you mentioned, which ones would you say have had the most influence on your practice as a painter?

KS: I wouldn’t say any of them were particularly influential, but rather the bigger picture of every artist collectively. The spirit of the Kunstakademie and its world renowned professors/artists captivated my desire to study there and pursue my dream.

MV: So, you received your MFA at Fine Art Academy of Düsseldorf, and then you came to Los Angeles. What attracted you to settle in LA as opposed to other scenes like Berlin, London or New York?

KS: In respect to the other locations, I found that Los Angeles hadn’t quite yet established itself so much so in the art scene. As a young, thriving artist, I felt like I could become more a part of it and have a little  influence in comparison to NY which already has such a settled scene like Chelsea. Proof of that movement here is Frieze LA, which has attained great recognition in the last few years.

MV: It’s interesting that you refer to New York as a “settled scene.” I refer to someplace like New York as having “weight.” It’s a place that’s heavy. The weight of art history, the market, and the expectations of the art in the city gives an artist a narrow path for opportunities to grow from the outside in. Los Angeles does not have that weight (yet). I fear though that it’s getting to that point. There’s a lot more here in LA to expand as an artist within a community that I think is more open.

Now let’s talk about your painting. You were recently in the 20/21 Made in L.A. biennial. (I will talk to you about the biennial later in this interview.) How do you formulate the images within your paintings? Are there particular interests that help guide the iconography within your work?

KS: I work from photos which I take with my phone. It can be random or staged footage. I sometimes have a personal connection to the people I paint, and sometimes not at all.

MV: So as you select and mediate the photos, do you have the intention of forming any narratives surrounding your paintings? Do you want the viewer to come away with anything about the images?

KS: I do and I don’t. I would say I do create a narrative, but I don’t like to dictate the context of the whole story, and rather leave space for the viewers’ own feelings and interpretation. I often have people come up to me and they proceed to tell me their own interpretation, instead of asking me what the painting is about. That is something I really appreciate and it makes me feel like I have succeeded in achieving the general purpose of my works.

MV: Let’s expand and explore the approach and interpretation of your paintings. Do you believe that an artist should give up control over how her work is interpreted?

KS: Honestly that’s unavoidable, regardless of my meaning behind it. What the viewer sees is totally something that connects to them. As mentioned before, I appreciate their original insight into what they see. Neither is it necessary for everyone to see the same without rhyme or reason.  So I see it not as me surrendering control, but rather allowing them to be part of it.

MV: Mike Kelley did the exact same thing with the interpretation of his work. It’s almost a democratic approach to looking at art. The insights of various people make art interesting.

Now let’s talk about your work for Made in L.A 2020. Your paintings took on different meanings and feelings based on the locations. The work at the Huntington seemed to suggest an occult approach. While the Hammer was very much about dreams and reality. I do see overlap between both sites. Was your choice in paintings and works dependent on either the Huntington Library or Hammer locations for the Made in L.A. biennial?

KS: The smaller paintings hold a greater feeling of intimacy. Because of their size, they allow the viewer to have this up-close experience, to grasp those subtle interactions between each work, and I felt would be better at the Huntington Library. For the Hammer Museum, which feels more in the eye of the public, I wanted to encourage a more immersive dreamlike experience, suggesting fantasy and reality intertwined. The bigger works are quite time consuming and give more room to manifest and create these dreamlike experiences, whereas the small paintings don’t allow as much room for imagination, but rather give the opportunity to suggest momentary ideas.

MV: Looking at the biennial as a whole, how did you see your paintings relate to the other works in the show? Or even how the biennial portrayed Los Angeles as a city, or site?

KS: I think the curators did a good job in finding a balance between the amount of paintings and all the other mediums presented by the other participating artists.  I wasn’t aware of which works by the other artists would be shown until the show opened, so I can’t say that my works are related to those of the other artists, but I did like the end result of the show as a whole.

MV: Final question. What are you working on now? Any projects that we can look forward to in the near future?

KS: I am working towards a few group shows that I will be participating in over the coming year. (I will have a painting at Petzel Gallery in NY opening September 8th and two at kaufmann repetto). I am also working on my second solo show at Sadie Coles HQ opening in London some time next spring.

To say that this year has been a struggle would be an understatement. Please enjoy this Christmas Art for some cheer. I wish you all a Merry Christmas and Happy New Year. I will see you in 2021 with new art and more good things. Take care and Be Well. 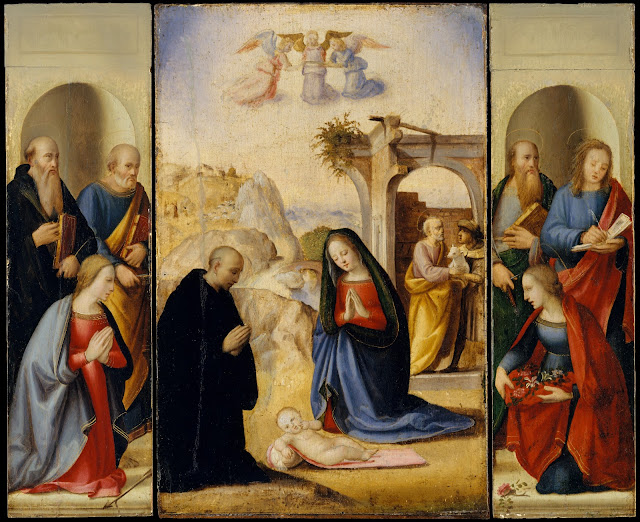 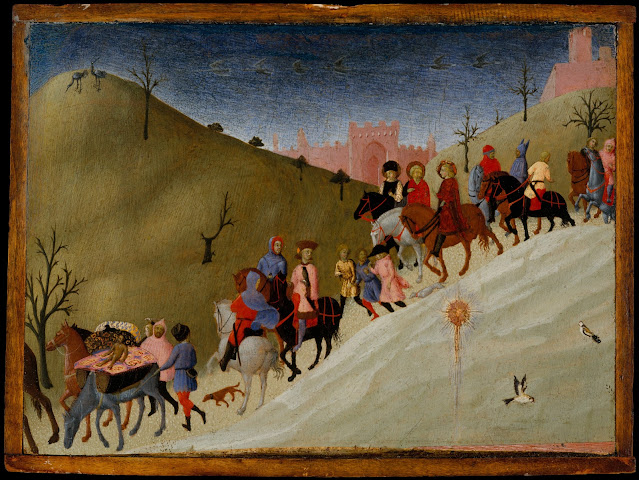 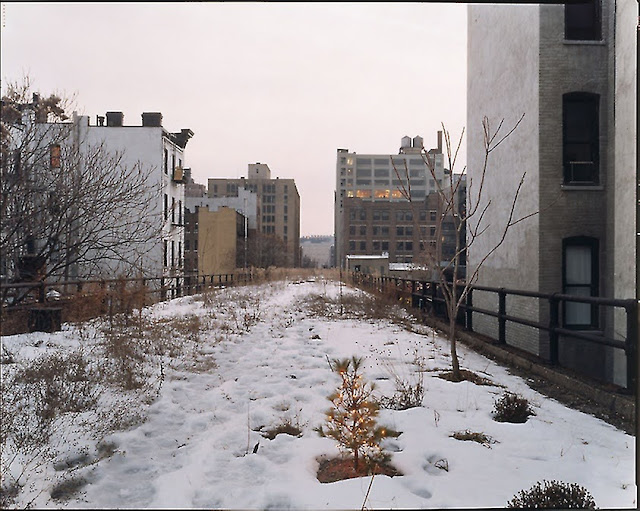 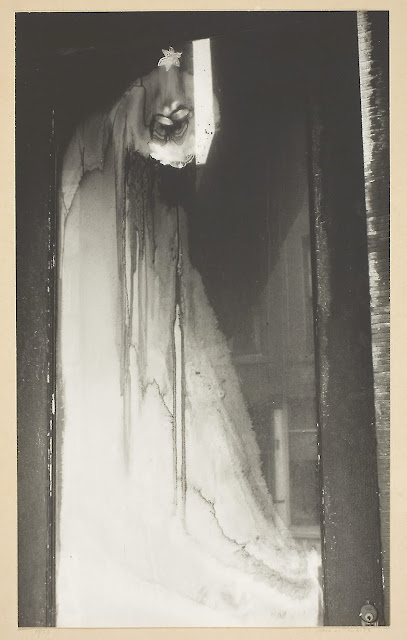 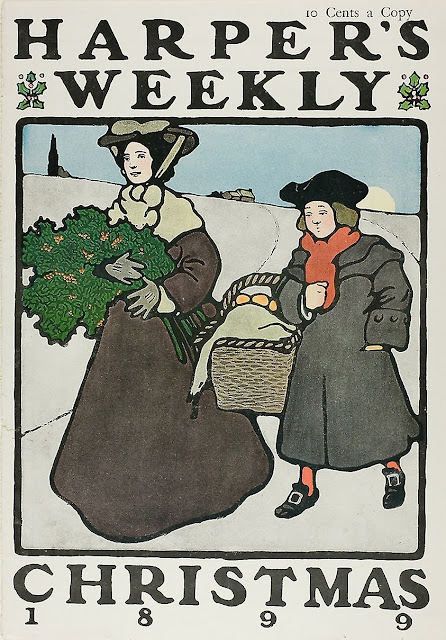 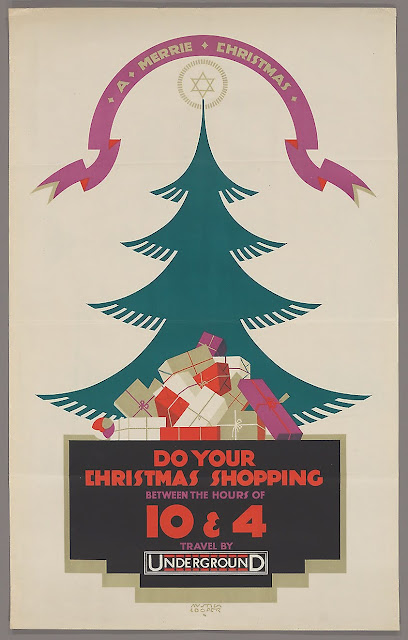 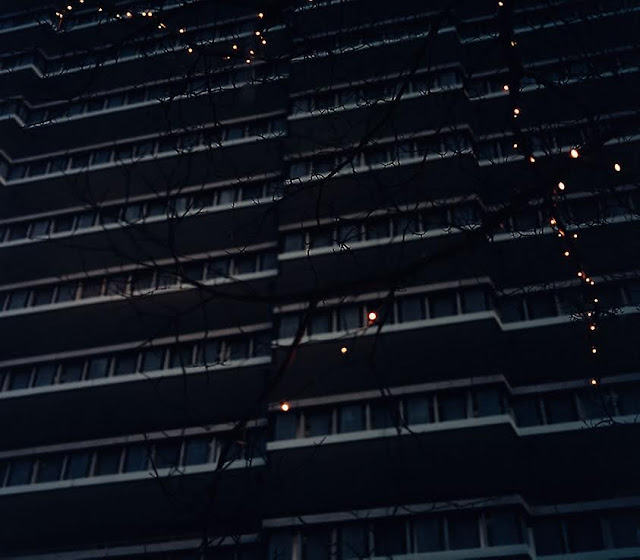 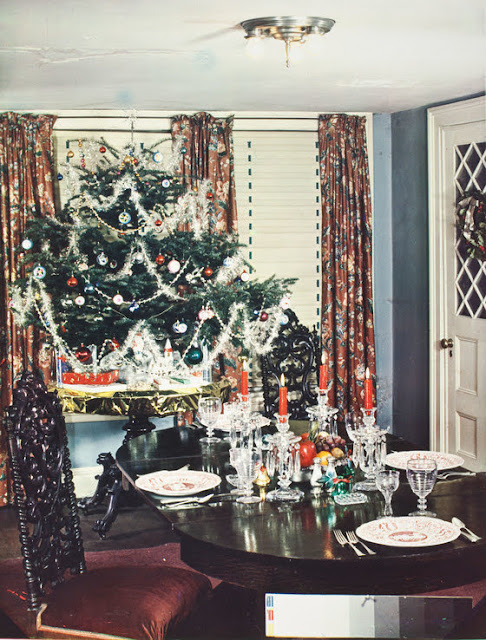 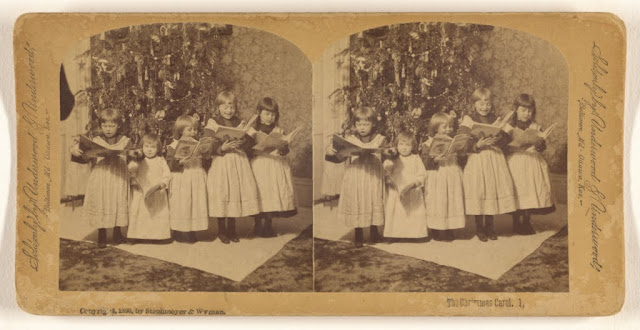 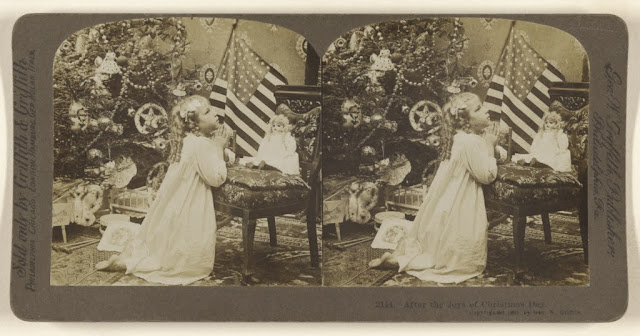 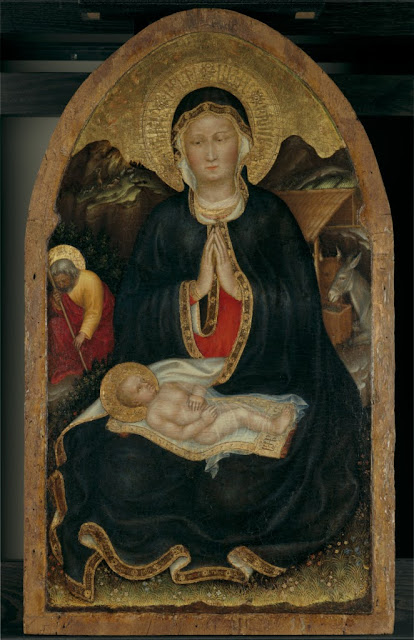 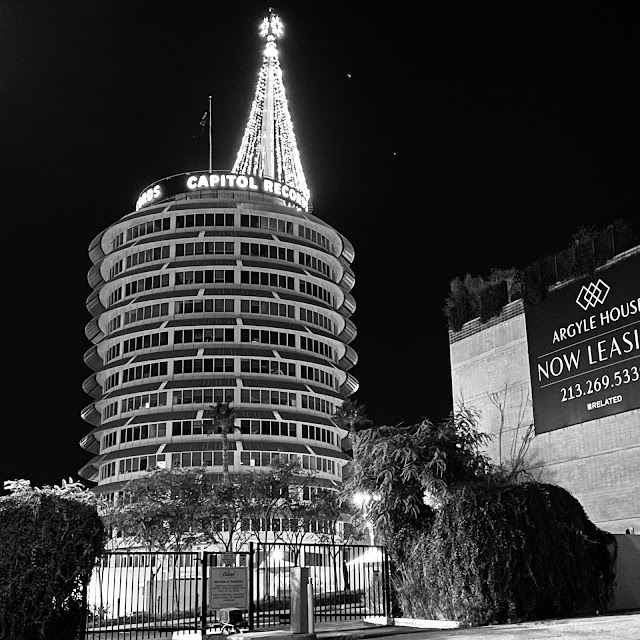 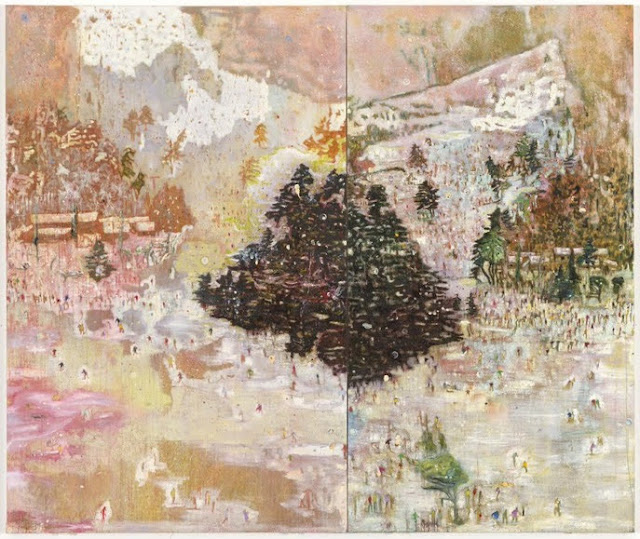 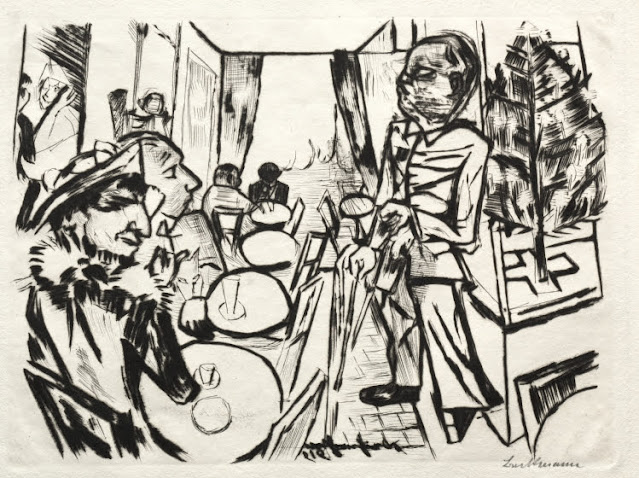 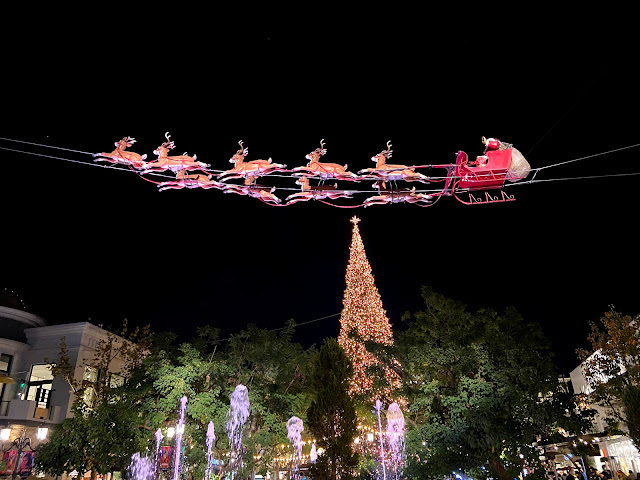 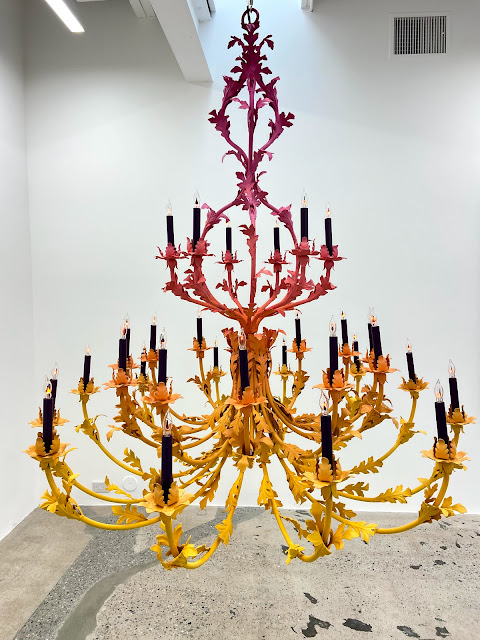 Email ThisBlogThis!Share to TwitterShare to FacebookShare to Pinterest
Labels: Christmas

This year has been a horrible year. It feels like this year has been cursed and we’ve all been forsaken. For this edition of Halloween Art, the group of curated works explores witchcraft, the bewitched and living with a curse.

Enjoy and Have a Happy Halloween. 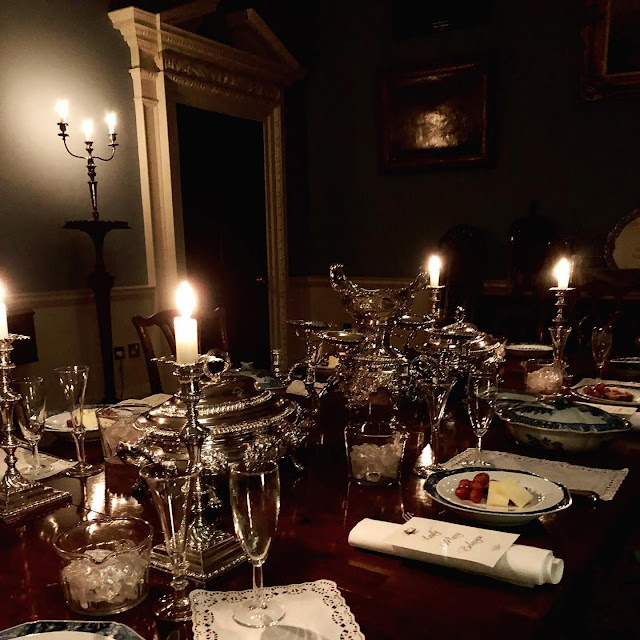 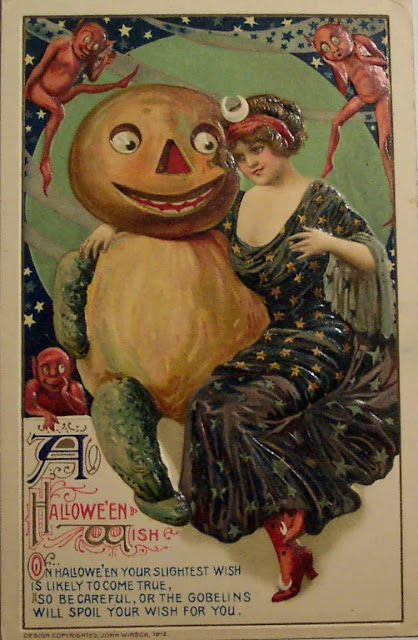 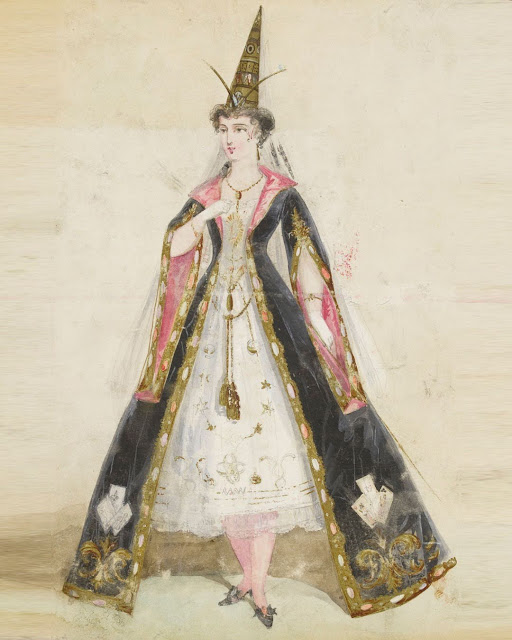 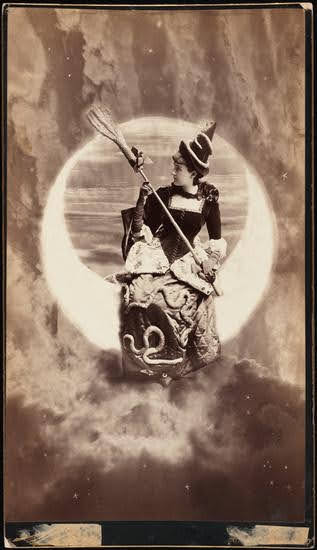