The Dark Monarch: Magic and Modernity in British Art

This group exhibition takes its title from the infamous 1962 book by St Ives artist Sven Berlin. It explores the influence of folklore, mysticism, mythology and the occult on the development of art in Britain. Focusing on works from the beginning of the twentieth century to the present day it considers, in particular, the relationship they have to the landscape and legends of the British Isles.

Featuring major loans and works from the Tate Collection, it will examine the development of early Modernism, Surrealism and Neo-Romanticism in the UK, as well as the reappearance of esoteric and arcane references in a significant strand of contemporary art practice.

Exploring the tension between progressive modernity and romantic knowledge, the show focuses on the way the British landscape is encoded with various histories - geological, mythical and magical. It examines magic as a counterpoint to modernity’s transparency and rational progress, but also draws out the links modernity has with notions such as fetishism, mana, totem, and the taboo. Often viewed as counter to Modernism, the careful juxtaposition and selection of works on display suggests that these products of illusion and delusion in fact belong to modernity.

Who's going to be in the 2010 Whitney Biennial? 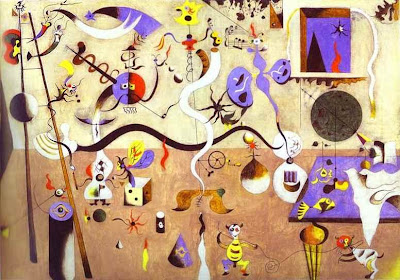