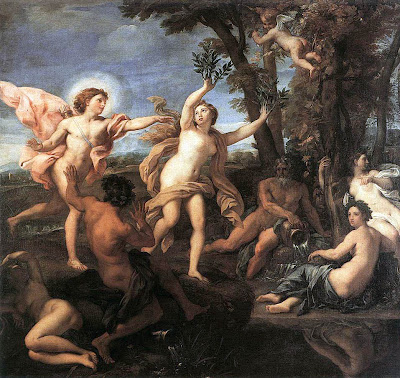 Space is the Place: Rebecca Ripple at Kristi Engle and Mauricio Espinosa at Steve Turner Contemporary

Space to a sculptor has always been both a friend and a foe. It has alluded the sculptor in the pursuit of new visual language. Is the object created as something in space? Or is the object the space created out of nothing? What happens when the space becomes a vehicle for not only the space as existence, but also a place where the memory and yearning dwell in one single place. Two sculptors, Mauricio Esponosa and Rebecca Ripple, address these issues in their recent solo shows at Steve Turner Contemporary and Kristi Engle galleries.

Entitled Velvet Involution, Rebecca Ripple's solo show at Kristi Engle Gallery explores memory, religion and spirituality in both sculpture and text. The pieces are made of
mix media of clothing, wire, paper and other material and invoke references to Catholicism such as the work "Flock of Nuns" where wire constructs flying habits that take off from the gallery floor. Other pieces in the gallery are biomorphic in their shape and composition. The viewer can catch words on the pieces such as God and or phrases such "me please me." The works invoke a conflict between the spiritual and material. Material such as plaid skits remind me of experiences in Catholic school. But Ripple does not fully embrace Catholicism nor does she reject it. Instead they are objects in space used to signify certain memories and conflicts that arise when ideas such as consumerism and spirituality meet.

Mauricio Espinosa's solo show entitled, The Traveler Dilated, currently at Steve Turner Contemporary, explores space as means of both literary narrative and spiritual journey. The shows title is derived from a "Andrei Tarkovsky's film, Stalker, in which the protagonist is led by a guide through an abandoned and desolate landscape in search of a magical destination. Disappointed to discover its non-existence, the traveler finds solace in his journey as he was able to see both nothing and the possibility of something extraordinary in his mind." Press Release, The Traveler Dilated, Mauricio Espinosa, Steve Turner Contemporary 2009. Espinosa's sculpture is the result of that journey. The sculpture is abstract and in fine detail reveal an inner turmoil between the organic and the orderly. They grow into something magical and almost living in their construction. Mixed with color and spontaneity, these works show the result of a journey where space is the place where spirit and the unattainable becomes something celebrated.

Both Espinosa and Ripple are sculptors that utilize space as means to explore both the spiritual, and the material combined with literary and memory. These are two definite must see shows. 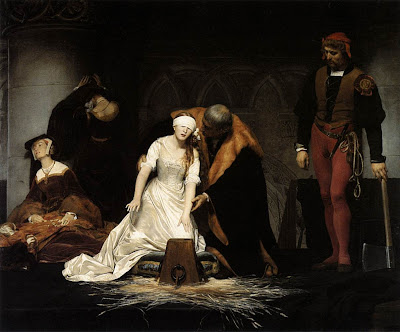 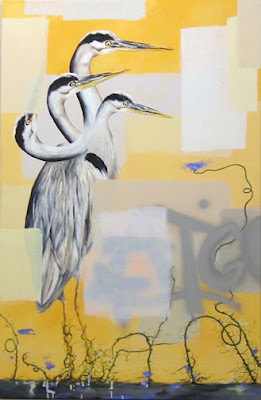 The Probability of Imminent Events
2008 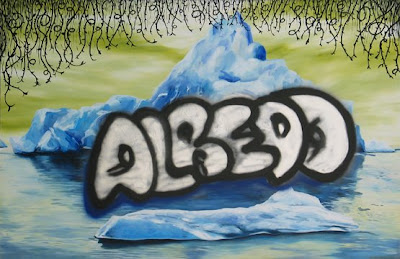 We Destroyed The Things We Love
2008 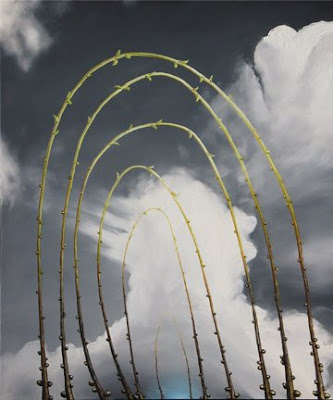 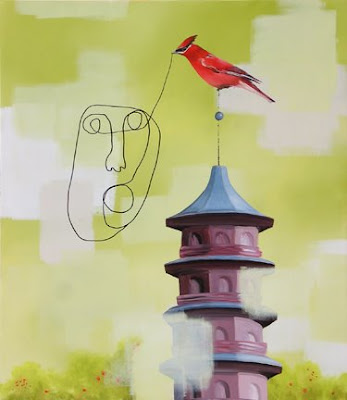 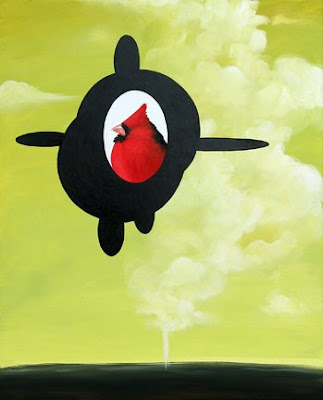 Mario Vasquez
May 19 at 9:02pm
Let's start the interview with how you formulated your artistic approach. How did your work arrive at the portrayal of birds and nature? Were you always interested in the natural world?

As is true with most children, I began drawing and painting around three years old and at age ten saw a reproduction in a book of the Salvador Dali painting "The Persistence of Memory.” At that moment I knew I would be an artist and called myself one, even though I had no examples around me of what it meant to be an artist. I never wavered from that path.

I've been out of graduate school for almost thirty years. For about a decade or so in the eighties and nineties, I painted abstractly, using a variety of materials in addition to paint, such as wood and steel and other building materials purchased at Home Depot. In the mid- nineties my work naturally began to bump up against representational imagery. It took well over a decade to arrive at my current work, continuously honing and refining the images and techniques.

Even in my abstract work and especially in the transitional work, moving from abstraction to representation, I was interested in what I thought of at the time as an urbane person's idea of nature. The depiction of nature in my work was always somewhat skewed and idiosyncratic.

When I look back on my work from 1999 while on residency in Helsinki, I start to see the birds. It seems that the birds came up in the work as a result of living on the island of Soumelina, an island that is part of an archipelago in Helsinki Harbor. I was mostly alone there, working and surrounded by birds and water and the clear colors of green and blue. This particular residency had the most profound effect on me personally, as well as on my work, of any of the residencies I've done. It sincerely changed my life forever. To this day I still think about that place and recall it vividly. In some way, being there with the sole purpose of making my work must have given me permission to expand my interest in nature.

Currently, I am exploring the dystopic parts of nature as a through line. It happens to coincide with environmental concerns but I'm not sure that I consciously said to myself, "I'm going to paint about global warming and the polluted environment." Since my work was always a darkly imagined version of nature much of the imagery seems a fit for this era.

In part, there has always been an ominous feeling in my painting, not intentionally, but I think it's reflective of my background. My mother and my grandfather were both interned in concentration camps during the Nazi occupation in Germany, not for being Jewish but for being Gypsies. As I've come to learn, the Holocaust has a trans-generational effect and children of survivors seems to share similar experiences via their parents’ suffering.

My current work has come about over decades and simply by following my interests. It continues to elude me and I like that about it.

Would you be comfortable if your work is considered environmental in its concerns and in its imagery?

Yes I think that's fair to say but the work has a timeless theme as well which is rooted in the subconscious.

So as the environment becomes a greater issue, what do you see your work accomplishing when it comes to the viewer?

My work seems to be an enigma for the viewer regardless of the environmental issues.

The viewer is presented with a collection of images many of which are from the natural world. The way in which the paintings are composed usually evokes some sort of narrative and though I have my own thoughts about what that narrative might be, each person brings with them their own projected lifetime of experiences. In this way the work summons up a unique and personal experience for each viewer regarding the possibilities of an environmental dystopia.

It would follow that, by arriving at ones own conclusions about the painting's narrative, the story would have greater impact because it is a story the viewer conjures for her or himself based on the visual prompts of an environment gone wrong before our very eyes. My hope is that the paintings would have a powerful impact on the viewer in this way.

In other words, the viewer looks at references from his own experience and then formulates the relationship between nature, the images and the environmental issues presented.


Last Question for the readers.
What are you doing next? Any shows soon?

I'm currently working on two large paintings, one 5 x 12 ft and the other 6 x 10 ft, for inclusion in an exhibition at the Riverside Art Museum entitled "Edenistic Divergence," curated by Andi Campognone-Couwenberg, which opens November 21, 2009.

In September of 2010 I have a solo exhibition at Michael Rosenthal Gallery in San Francisco and this December Michael will be taking my work to Miami Basel.

September 2011, I will be having a solo exhibition with Lawrence Asher Gallery in Los Angeles.

http://brooklyndays.blogspot.com/2008/08/lisa-adams-now-shamelessly-gorgeous.html
at June 04, 2009 No comments: