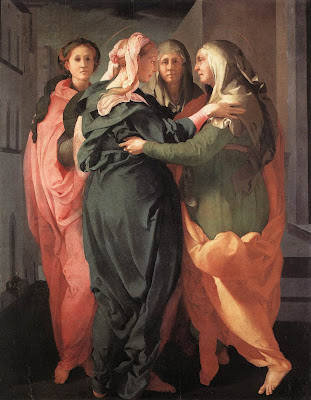 Saturday, Feb 21st, 2009 was a big night for openings. The highlight of my night was the Franz Ackerman and Richard Jackson opening at Otero-Plassart Gallery on Fairfax. According to what I read for his most recent show at Hauser & Wirth in London, Richard Jackson believes that "Paint is liquid and libidinal, unruly and projectile; the spurting lifeblood of an overly cultivated art form and a fluid to be funnelled, pumped and squirted. Since the 1970s the West Coast American artist has mounted an intensely visceral humorous interrogation of painting that combines the heroic and the slapstick, systematised procedure and extreme disorder. He has expanded the activity of painting, abandoning its conventional tools for machines such as pumps, vehicles and even rifles to make the work." Franz Ackerman's work is almost the opposite. Ackerman's abstraction work is intentional in its organic and expansiveness in taking over a gallery or public space. In the Otero Plassart gallery space, Ackerman takes over three walls of the space with an installation entitled "Your City is Really Almost Mine." It is as if Ackerman is searching for order in a chaotic space. Jackson's work, entitled "The Kid's Table," is a dinner table connected with hoses and paint cans that spirt paints of blue, green, red, and yellow. The splatter covers the entire table. Looking at these works I realized that opposites attract and converse in art. Jackson's humorous spontaneity is the foil to Ackerman's abstraction. I liked this show. It is bold and funny. The showing is an odd couple sharing the artistic space with each other. One splattering paint across the kitchen table, the other creating an organic, structured world in abstraction. Go see.
Open until April 18, 2009.
www.oteroplassart.com
at February 22, 2009 No comments: 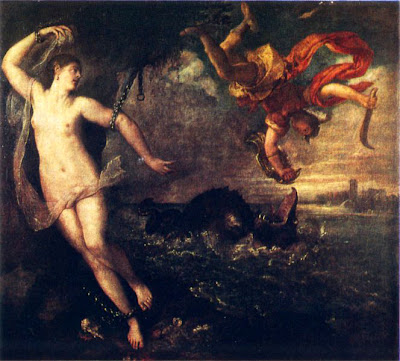 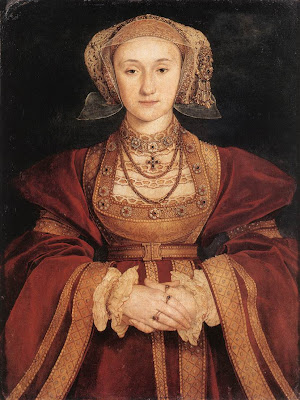 Art of the Two Germanys Part 1

In the last posting, I basically stated that the Art of Two Germanys was a must see. Upon further thought, I decided that one paragraph would not do the exhibit justice. This is the first part of a three part series focusing on a particular part of the show. I hope this helps one look at the work and enjoy the show. I definitely enjoyed this exhibit.

This entry will focus on the late 1940s, after the end of World War II through the 1950s. There are three events that really defined German art from the end of World War II with its defeat to the end of the 1950s. The first is the formation of German Democratic Republic in the former Soviet sector in 1949, the Berlin blockade and the eventual building of the Berlin Wall. In the years after the war from 1945 to 1949, German art attempted to redefine German culture and identity after the horrors of the Nazi regime and the subsequent war that devastated the country. Artists began to use artistic languages of previous periods such as abstraction (Georg Meisterman), expressionism (Fritz Winter) or new objectivity (Curt Querner, Hans Grundig). The art of that period portrayed ruins and the devastation of cities or the devastation left upon the people of the country. Mourning and death was prevalent in the imagery of that time.

By 1950, soon after the formation of East Germany, the schism between the East and West was even more apparent. The East began an artistic program that adapted Stalinist Social Realism art that would serve the state. The West on the other hand began to adapt international modernism as means of art production. In the East, Social Realist painters Heinz Loffler, Heinz Dracke, and Heinrich Witz sought to portray the new German society. Loffler's work shows the re-building of Berlin as a collective endeavor in service of the proletariat revolution. Both Dracke and Heinrich paintings show workers in cooperation with each other and uniting for the common goal of building a new utopia. However this was art that was in the service of the state. Anything else, outside the confines of official approval, was met with oppression. This is evident with the art of Hermann Glockner.

Herman Glockner's artistic practice was constantly outside the official art of the state, first under Hitler and then during the Communist dictatorship. Glockner was a sculptor whose works were made from soda cans, cereal boxes, and other common everyday materials. These were known as "table works." The works are small in size, but big in their complexity and beauty. Glockner uses a constructivist/abstract style which reminds me of a precursor to the post minimalist works of Eva Hesse or Lygia Clarke. I really found his works compelling, especially with the fact that his work had to be constantly hidden from a totalitarian regime that sought to control the means of artistic practice throughout East Germany.

In West Germany, abstraction was the dominant artistic style. Abstractionists such as Ernst Wilhelm Ney and Carl Otto Gotz practiced a form of abstraction that was similar to the abstract expressionist in the United States and elsewhere. However, per the exhibition literature and information on the gallery walls, abstraction was a way to avoid confronting the recent Nazi atrocities. I do not necessarily agree with that view. The reason I partially disagree with this premise was that the abstraction was being practiced in the United States (Pollock, deKooning) and in other places in Europe (Tapies, COBRA group). So it was not like abstraction was particularly unique to cultural landscape of the time. Furthermore, the Nuremberg trials were continuing during this time. It was not very long when other artist will confront the Nazi past directly by the end of the 1950s. (this will be discussed in part 2). However, despite my partial disagreement, I do see that the lack of figurative works in the West would definately lead one to believe that the use of abstraction was a means of avoidance to confronting the past.

In conclusion, the 1940s and 1950s were time when the schism between East and West became apparent. With the East dominated by Soviet realism and the West adapting an international modernist style that would grow and progress with rest of Western Europe and the United States. Despite the repression in the Eastern part, artists did show resistance to official government control of the arts. I thought this was great start to an important show.
at February 09, 2009 No comments: 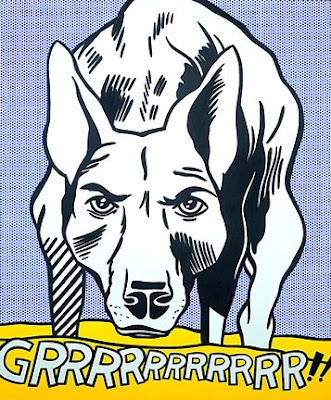