In the book of Genesis, the Garden of Eden was the epitome of paradise where Adam and Eve lived in peace among the animals. This paradise was lost when Adam and Eve ate from the Tree of Knowledge of Good and Evil. From this point, Morgan Mandalay uses the fall of man as a starting point for his current solo show at Klowden Mann, "Bad Sin Frutas." The title of the exhibition is a play on words in both English and Spanish. The word “bad” is placed together with the words “sin frutas” which could mean “without fruit” in Spanish or a play on the word “sin” which means to transgress and depart from that which is good or in other words “bad fruit.” The connection between fruit and the garden alludes to the Garden of Eden.

The Garden of Eden becomes an allegory of exile and loss. Mandalay's paintings are frenzied with color and tension. The paintings are rich with both allusion and beauty. The canvases display nature in distress. Mandalay answers the question of what happened to Eden after Adam and Eve left. Did it disappear and die, or does it still exist where no one will even find the paradise lost?

To Mandalay, Eden still exists, but unobtainable. There is a sense of danger in the landscape. Throughout the works, arms and hands indicate something still exists among the wild within. Fires rage within the landscape as nature is enveloped with the consequences of exile. The scene becomes an allegory of exile reflecting Mandalay’s family’s experiences of fleeing Cuba. Christopher Columbus, in his exploration of the island, described Cuba as, “The most beautiful earth than human eyes had ever seen.” In this respects, Mandalay’s landscapes became the land of the lost where what is left is not only distant, but also troubled.

The landscapes of Morgan Mandalay invite the viewer to contemplate the consequences of the exile. The works examine what happens after the expulsion. If those that are exiled return, will the exiled find their paradise lost? Mandalay explores those questions. This is an excellent show and worth a visit. Go see.


Morgan Mandalay (b.1985 Long Beach, CA, USA) received his BFA from the School of the Art Institute of Chicago and his MFA from the University of California San Diego in 2017. His work has been exhibited in solo exhibitions at BWSMX (Mexico City), City Limits (Oakland), Helmuth Projects (San Diego), and LVL3 (Chicago). As well, in group exhibitions with Bahamas Biennale (Detroit), Flag Foundation (New York City), Et. Al (San Francisco), the Museum of Contemporary Art San Diego, David B. Smith Gallery (Denver), Kimberly Klark (Queens), Deslave (Tijuana), among others. Mandalay is also the founder and director of SPF15, a beach-based curatorial project that was based in San Diego, CA. 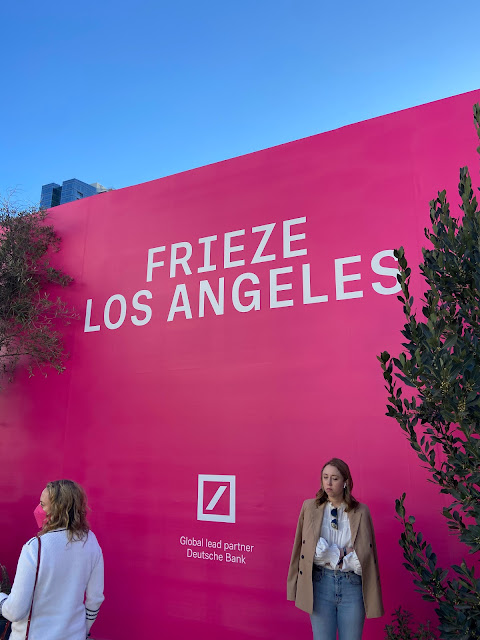