Since August 2013 PRAXES Center for Contemporary Art presented only four artists: namely Gerard Byrne, Jutta Koether, Falke Pisano and Judith Hopf. The concept is built on a six monthly cooperation between the Center, curators and the artists themselves. For each cycle always two artists are invited, who have each one floor. During each period of the exhibition the concept is changed three to five times. On its website, PRAXES provides documents which are related to artists and to particular exhibitions.

In this video we attend the opening reception of the exhibition Judith Hopf: Untitled (4), and directors Rhea Dall and Kristine Siegel provide us with an introduction to the concept of Center and talk about the exhibitions of Judith Hopf and Falke Pisano. The show runs until 14 June, 2014.

The power of images cannot never be underestimated. Pictures have an allure that both reveals and attracts the viewer to its subject matter. In the recent work by Solomon Huerta at Christopher Grimes Gallery, Huerta departs from his earlier work of anonymous portraits of men, to more tangible, recognizable subject matter. The subjects include Buddhas, boxers, flowers, a gun, and a beautiful woman named Brenda. Each image has an allure that brings the viewer into the world of the artist.

Huerta wants the viewer to experience opposites and compliments. There are things and people who are desired because they both compliment and oppose each other. Among Huerta's paintings, there is a strange dichotomy where the violent and the beautiful live beside each another, the sacred and the profane. It is a Yin and Yang that exists within the works. There is the feminine and masculine with the portraits of Brenda as the feminine and the boxer as the masculine. The violent (painting of the gun, "The Grey Gesture") resides along with "Lavender" (a painting of the Buddha statute in the garden) as a symbol of beauty and peace. The themes of identity and irony linger in the final analysis of Huerta's recent work. These paintings offer the viewer a meditation of ideas that both attract and oppose each other. Huerta is inviting the viewer to ponder the condition of life and how life itself is both ironic and conflicted. 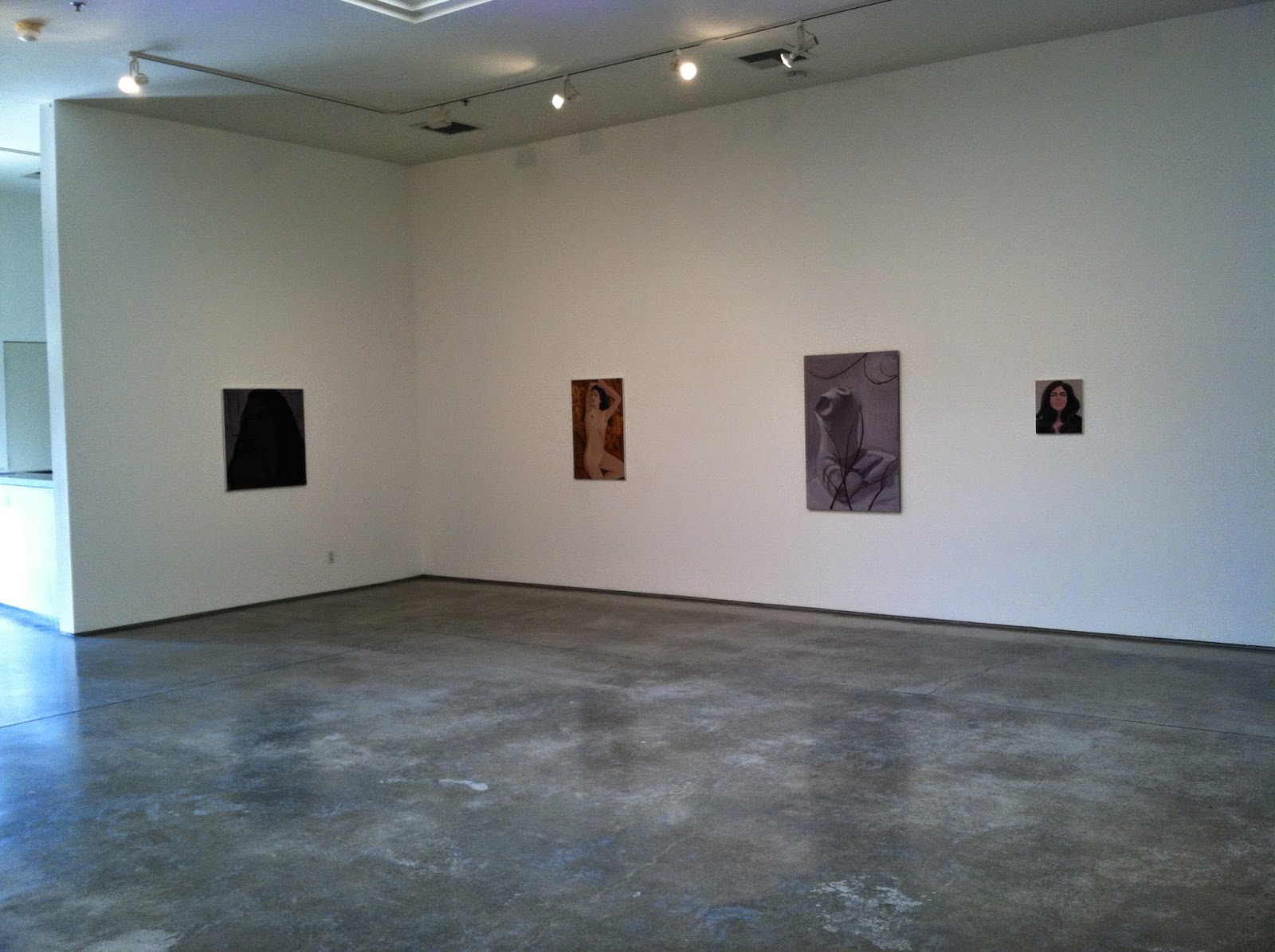 Kalenderian’s intimate portraits are concerned with process, solitude, and psychological states. These new paintings continue to feature the artist’s friends, often other artists, musicians, and writers. Kalenderian’s close relationships with the subjects of his paintings elevate their intimate mood. While Kalenderian does occasionally paint from photographs, most of his subjects sit for their portraits. Some are painted in private spaces, amongst their belongings and personal affects. Others sit for Kalenderian at his studio, and in these works we see a playful referentiality — his subjects among the canvases, either freshly prepped or in allusion to works in progress — illuminating the studio as a site of both creative and contemplative interaction. These paintings within paintings allow not only for an opportunity for an artist to crystallize a moment in the studio, but also to reveal the process itself as an open, yet personal system.

Kalenderian’s new body of work exhibits a new refinement and maturity, not in the familiar content, but on the surfaces of the paintings themselves. The canvases are thick with impasto, stain, and glaze. The process of applying the paint is slow and diligent, charging the paintings with emotional information and creating a palpable atmosphere around his often languid and melancholic figures. It makes for an unconventional portraiture, concerned less with the body of its muse as with the fragility of their psyche, the details of its surroundings, the relationship between inner and outer states and the phenomenology of the mundane. 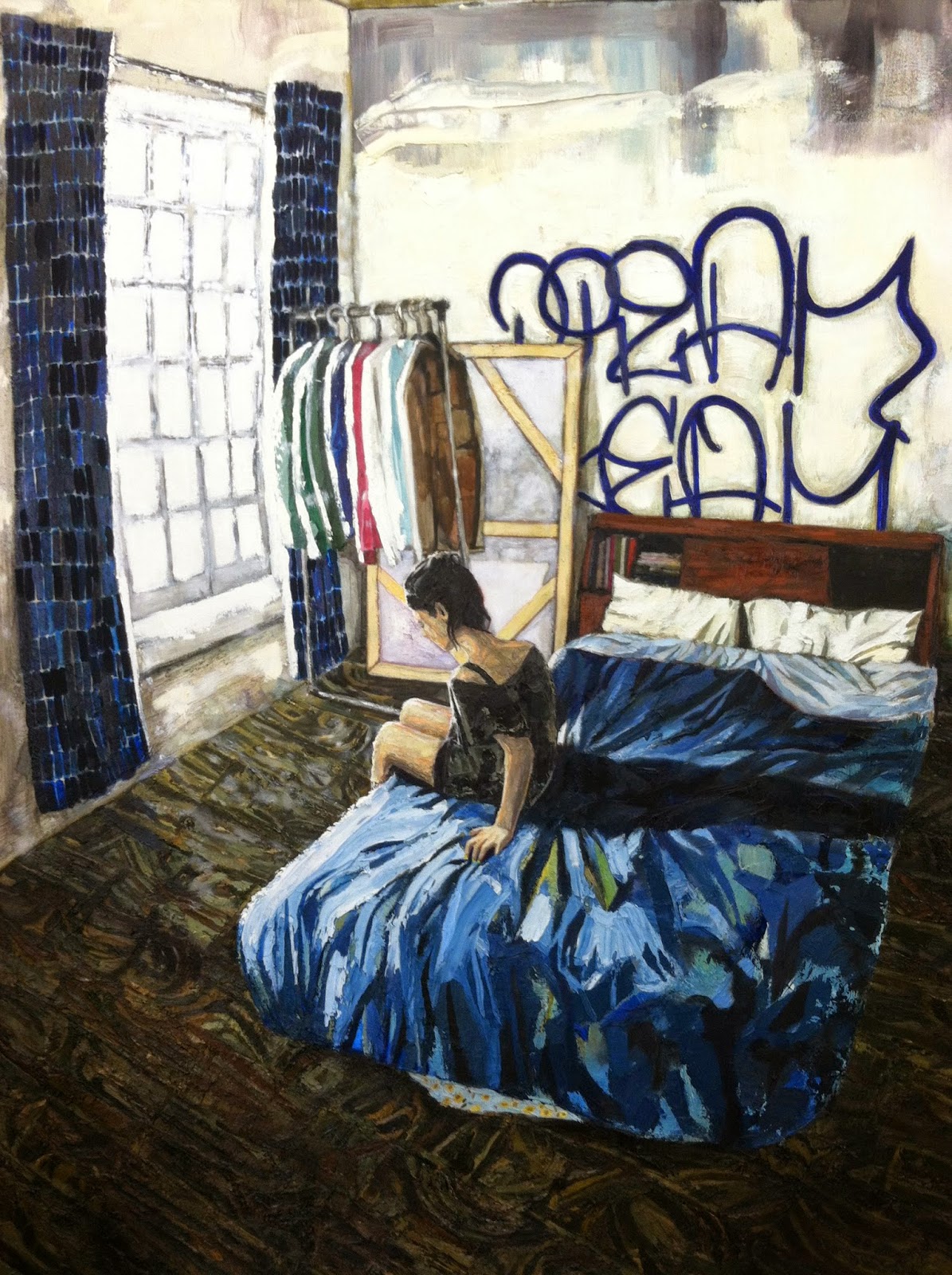 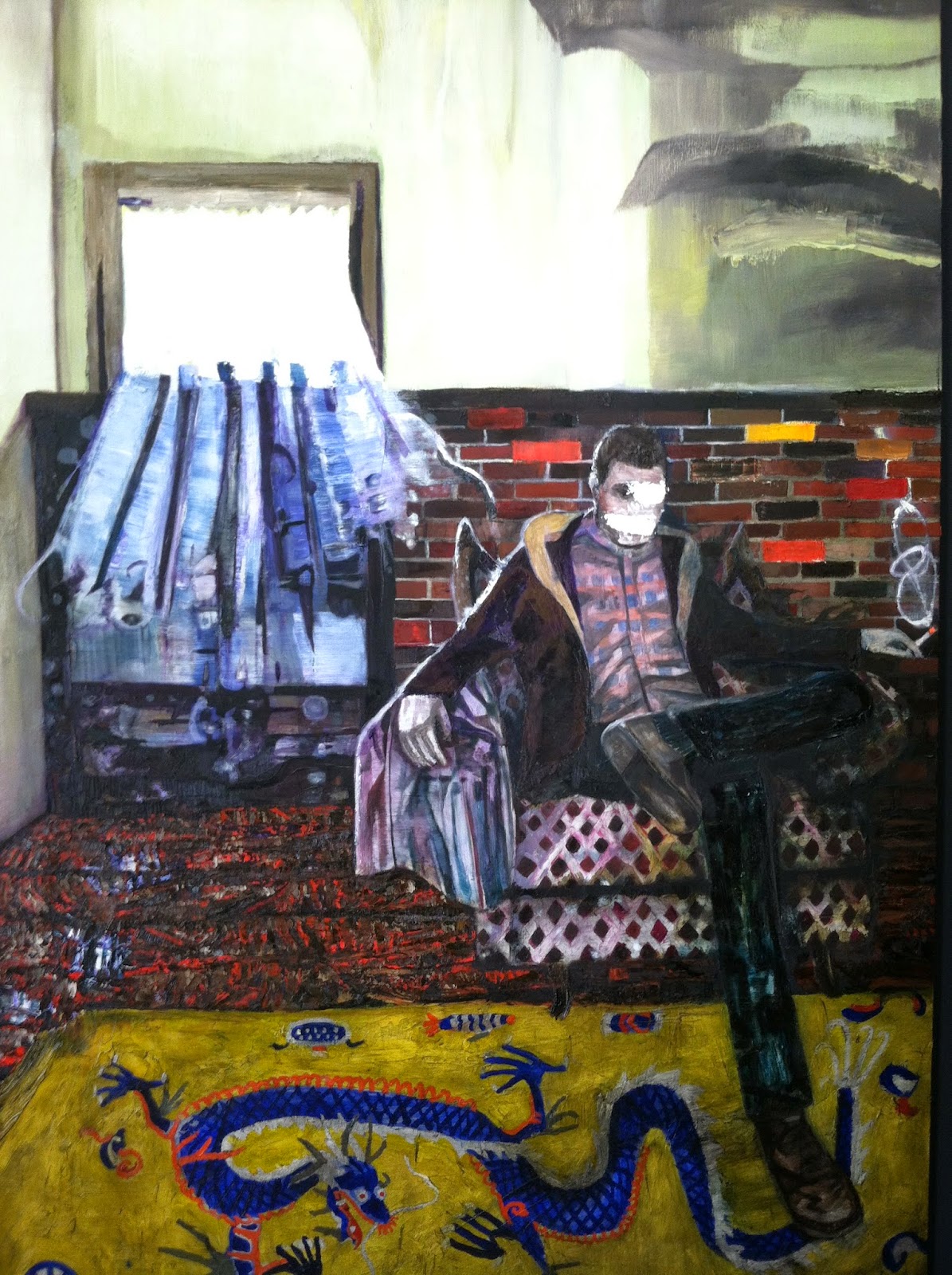 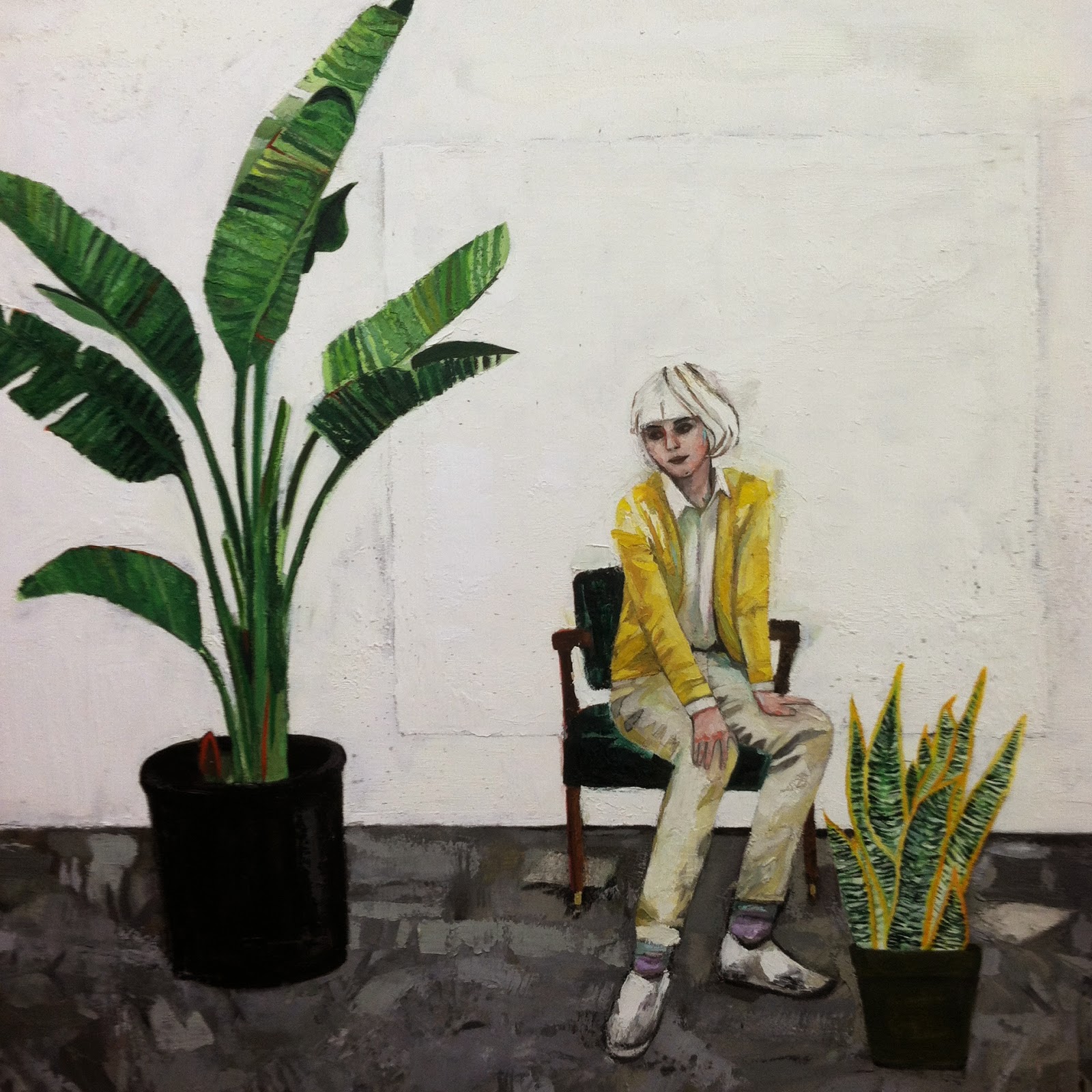 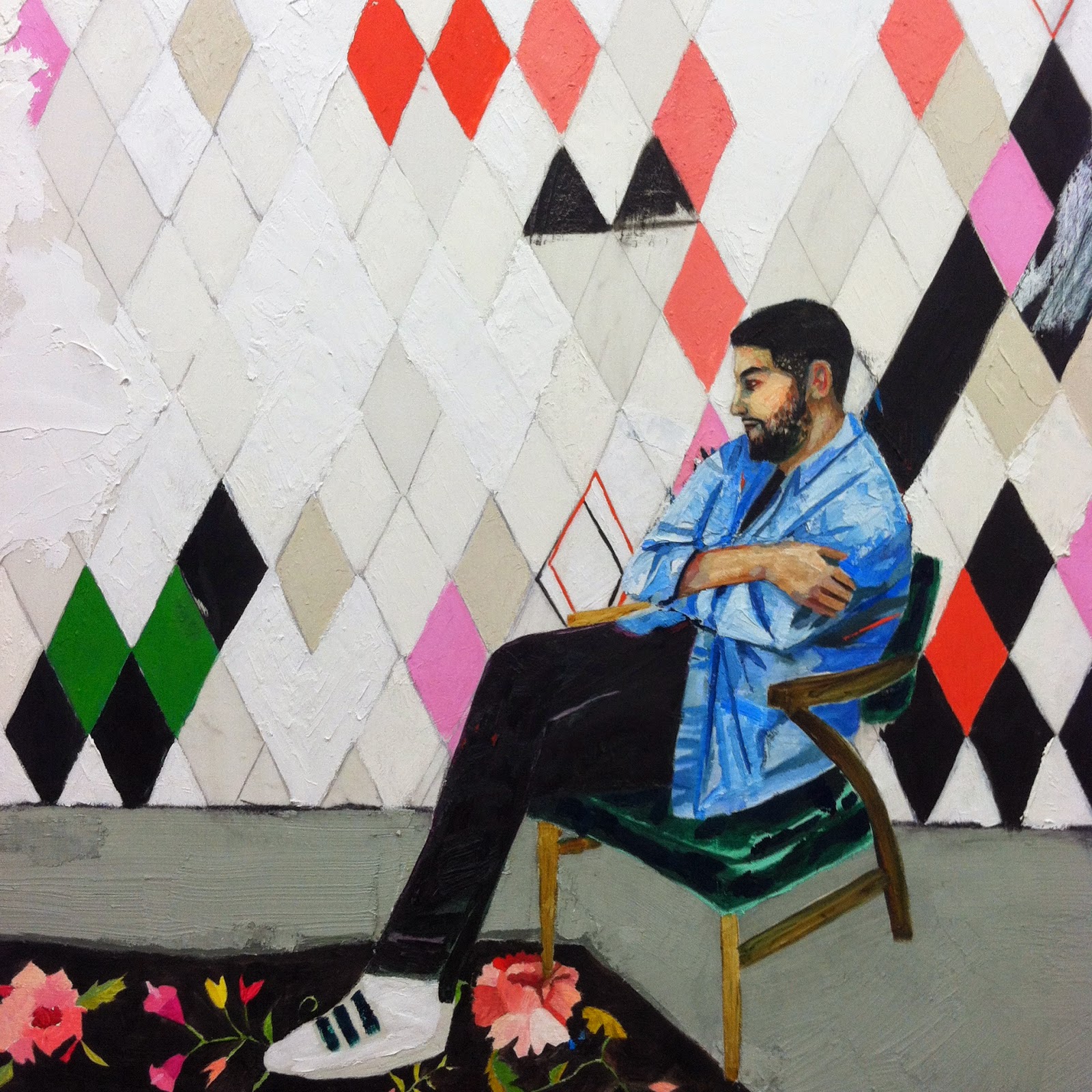 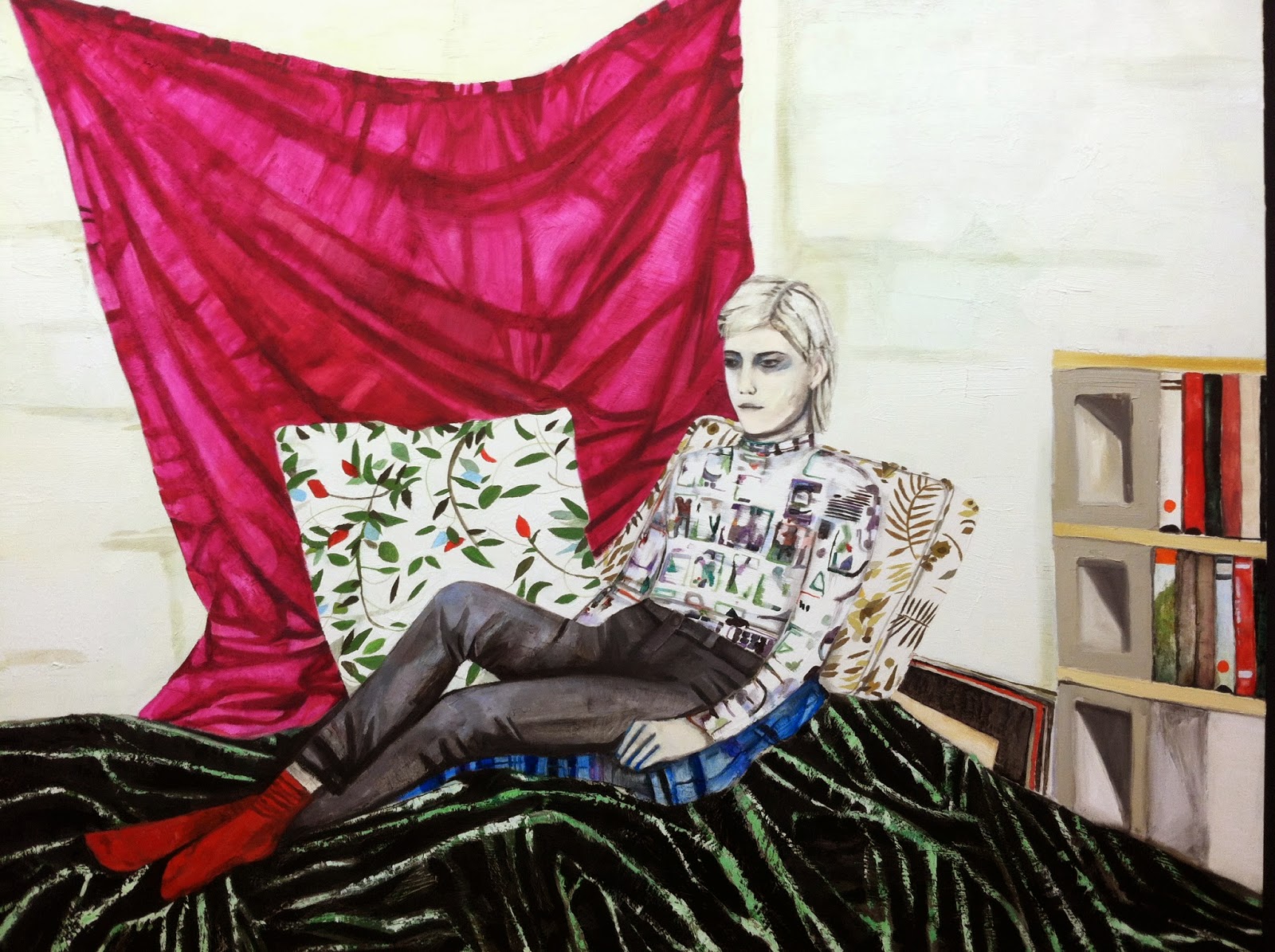 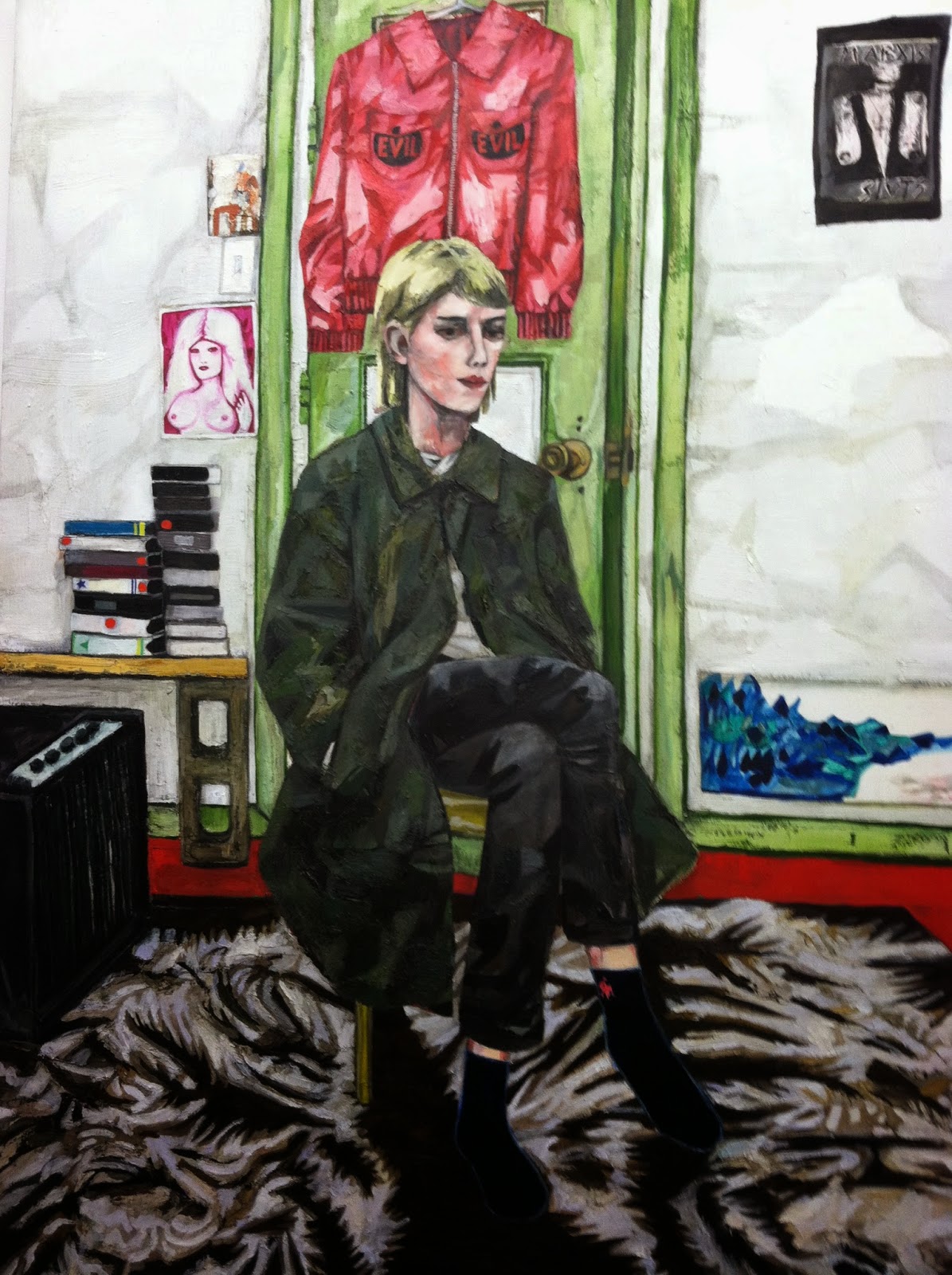 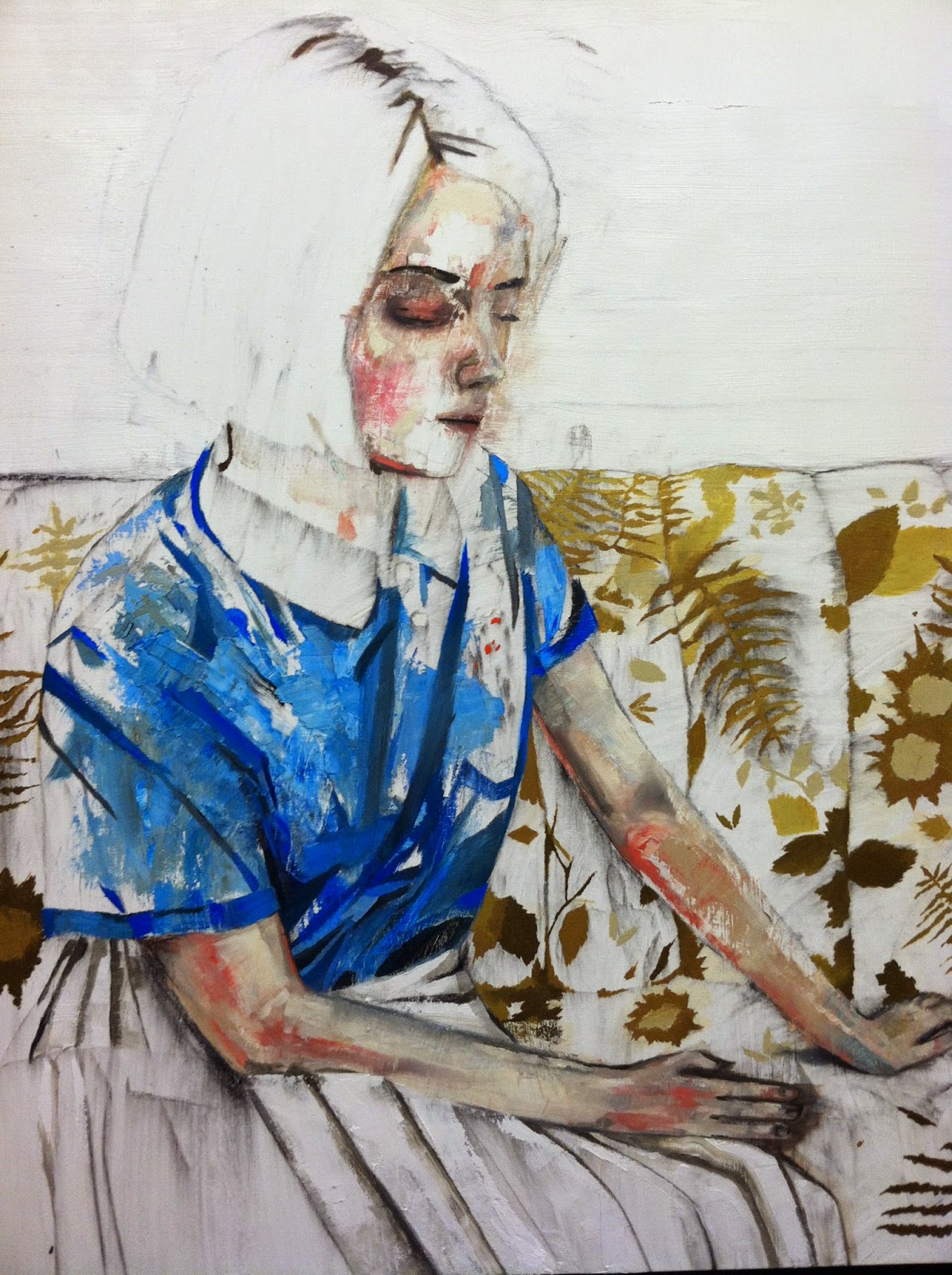 Aguayo’s new works are an attempt to dissect the compositions he develops, like an anatomy lab for painting. Aguayo achieves a particularly tactile, matte surface by mixing marble dust into the paint, thus enhancing the handmade aspect of his compositions. His compellingly layered abstract works reveal an inventive approach to the materiality and physicality of paint. Emphasizing the performative aspects of dragging, pressing, brushing, and rolling paint onto canvas, Aguayo layers hand-rendered geometric shapes, building his compositions around the tensions between erasure and transparency, accumulation and excavation.

Susanne Vielmetter Los Angeles Projects is located at 6006 Washington Blvd in Culver City, 1 block west of La Cienega at Sentney Avenue. Gallery Hours are Tuesday through Saturday from 10 am - 6 pm and by appointment. 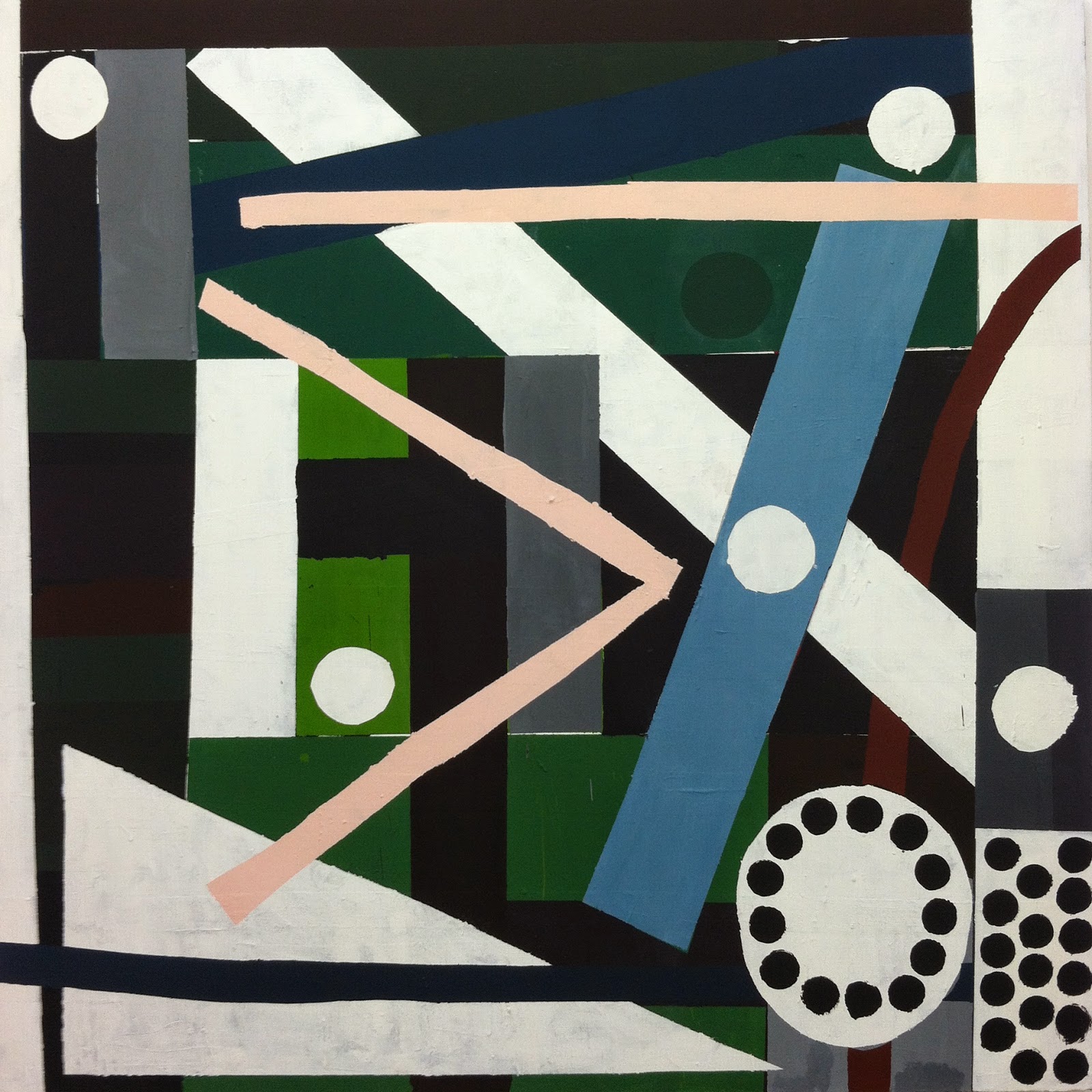 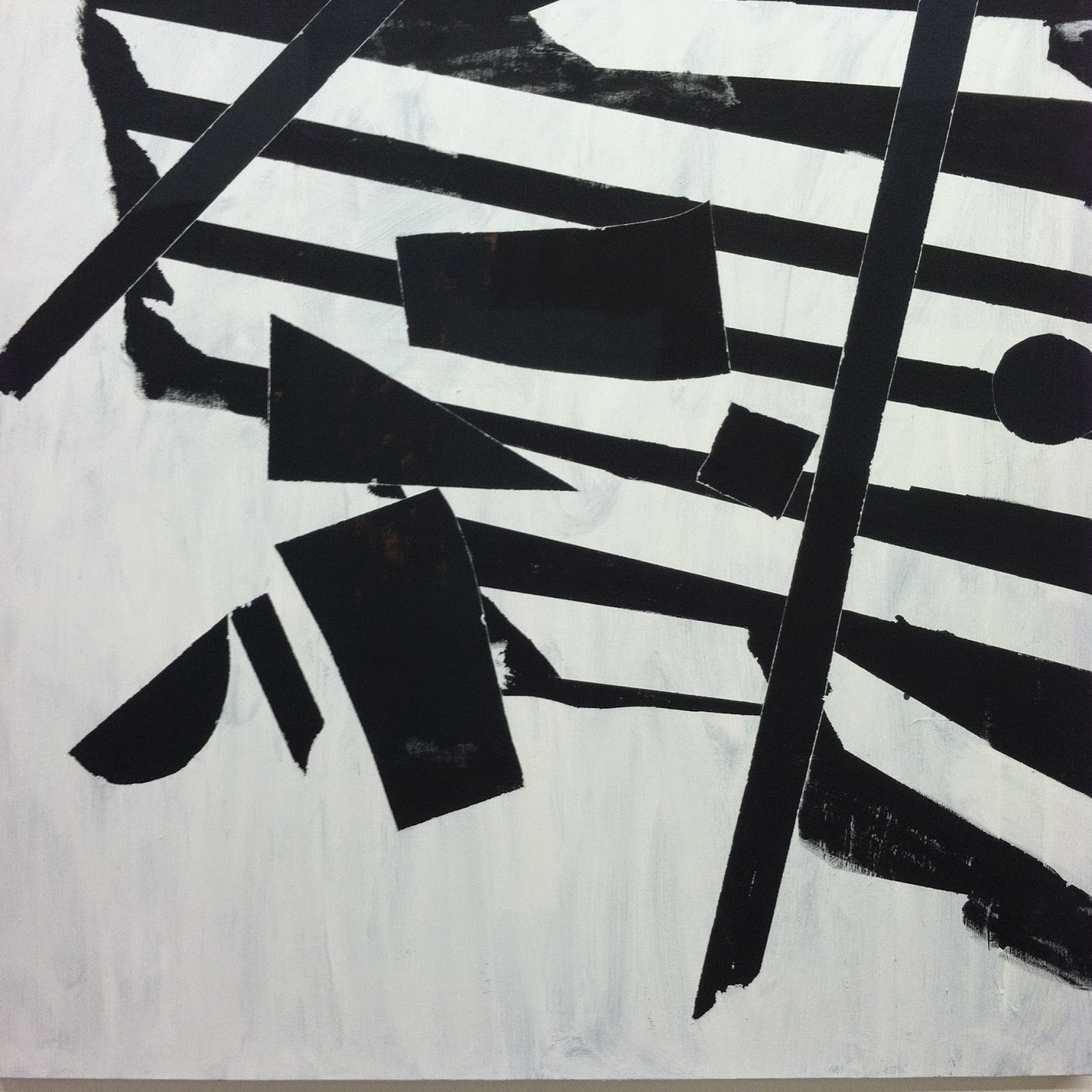 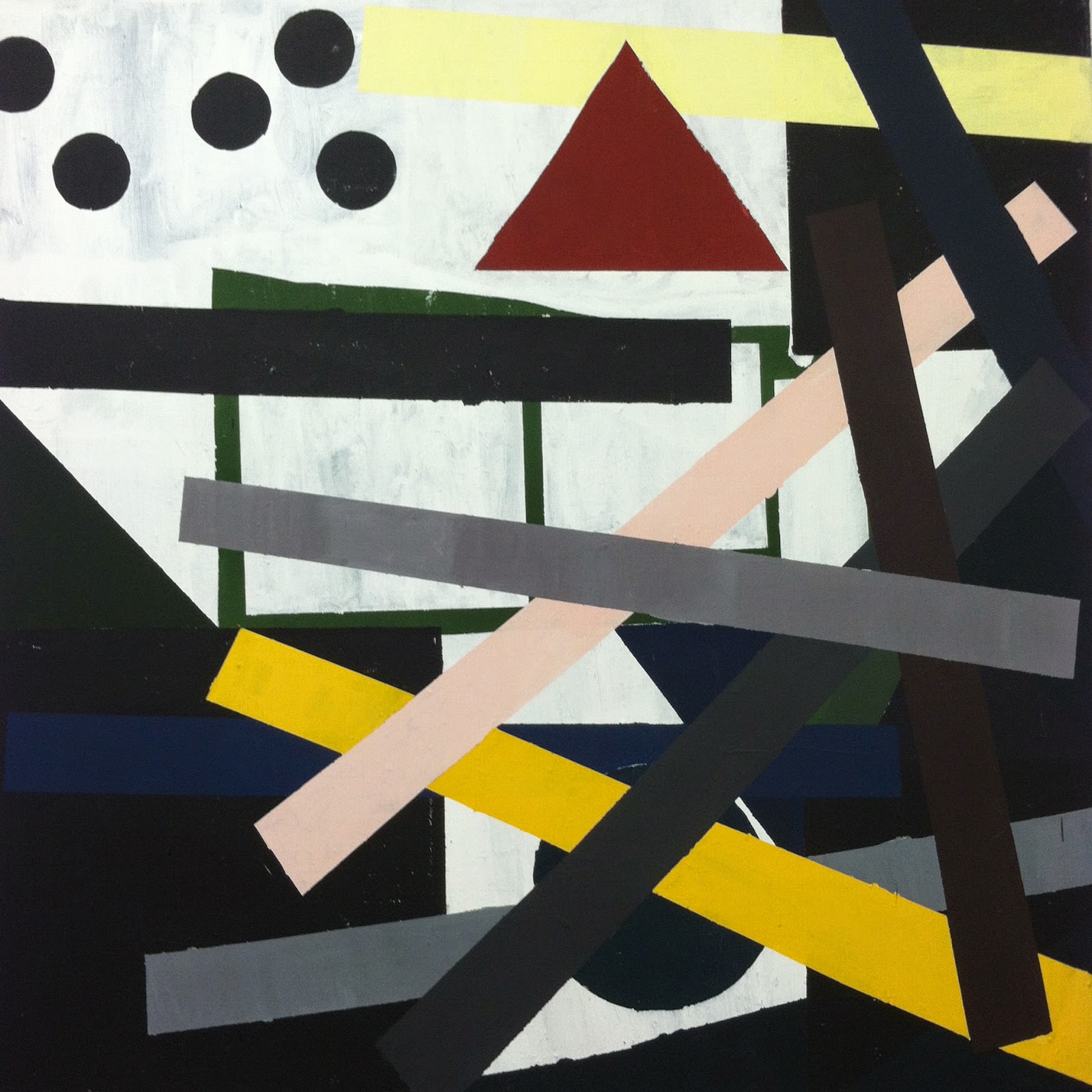 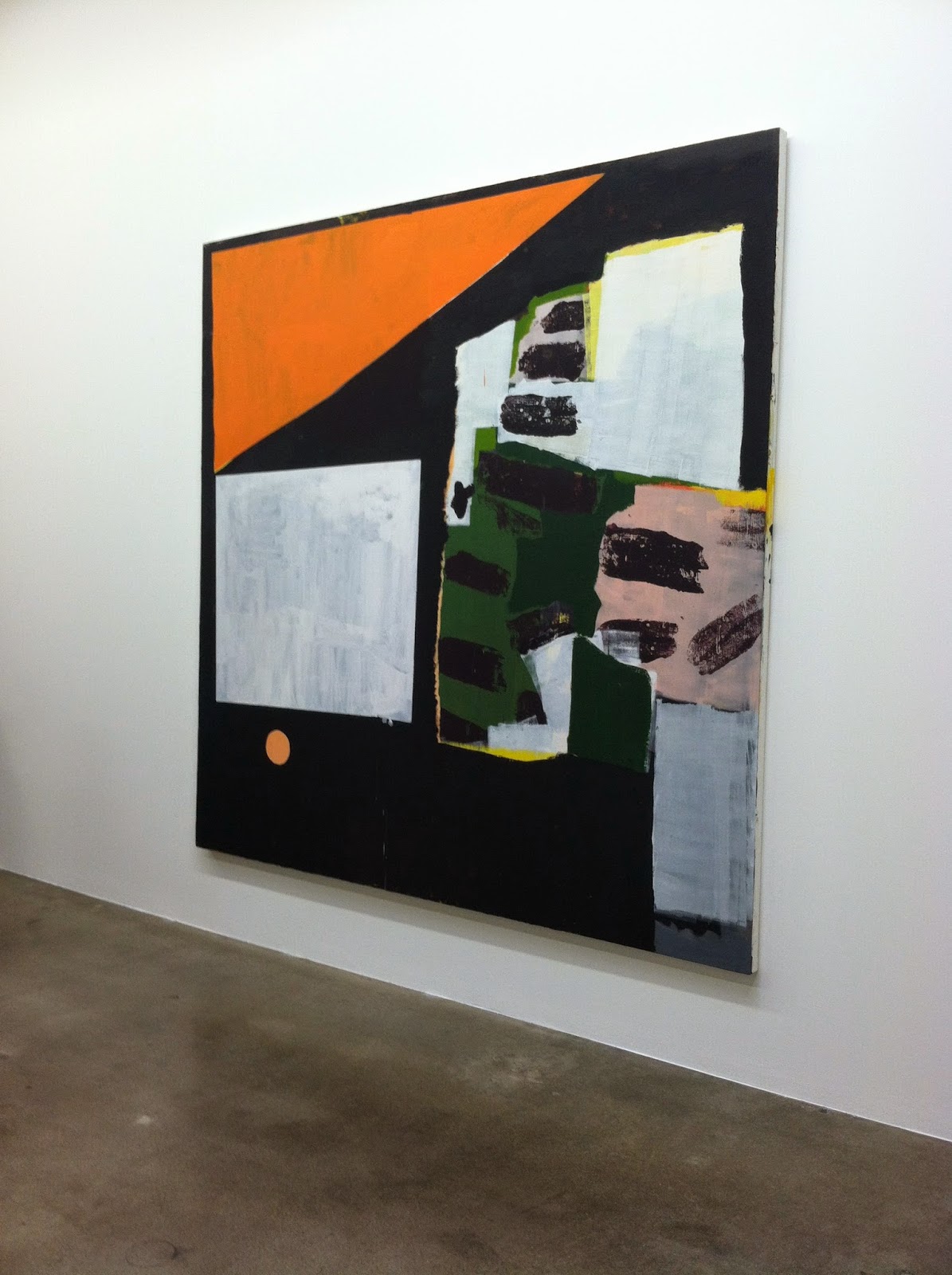 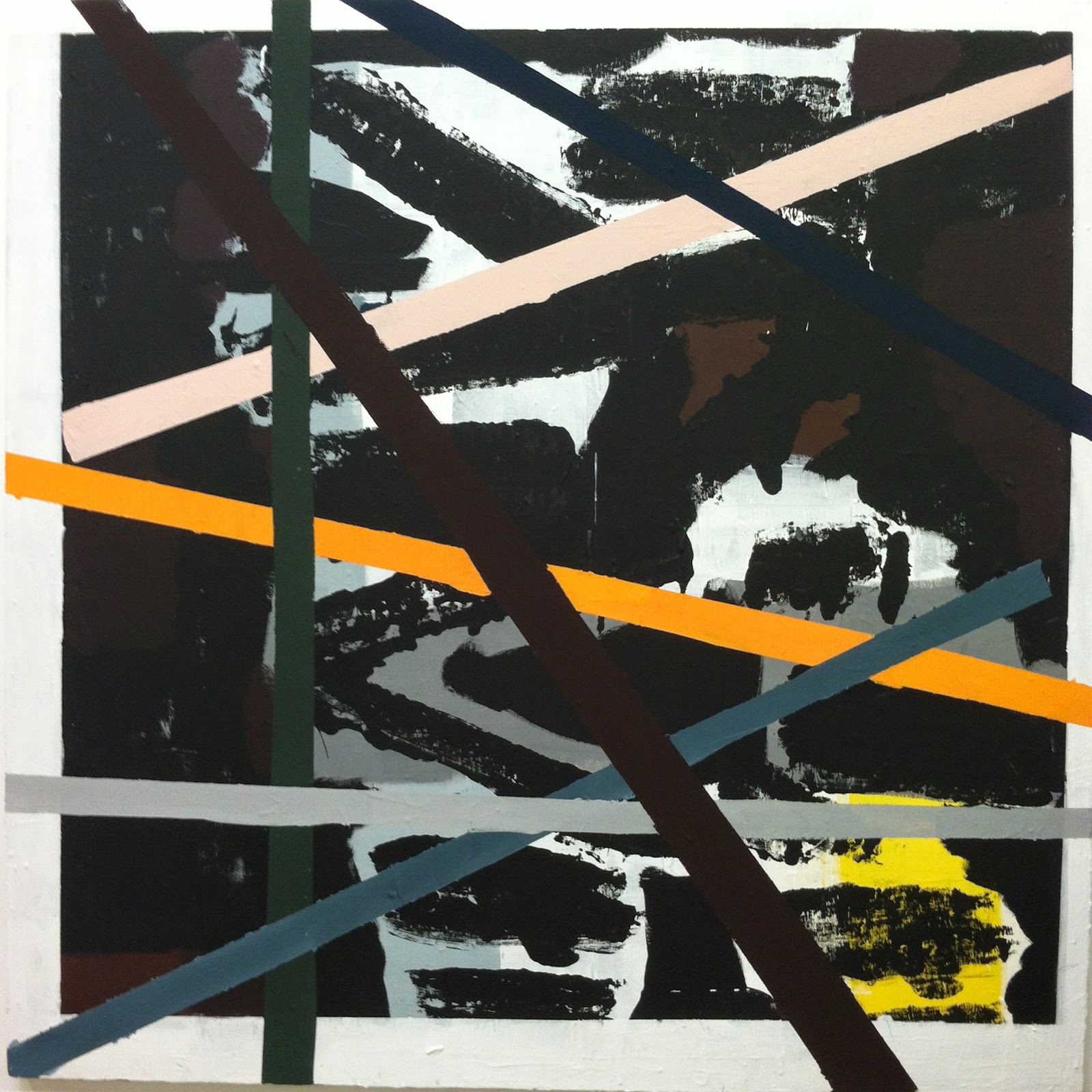 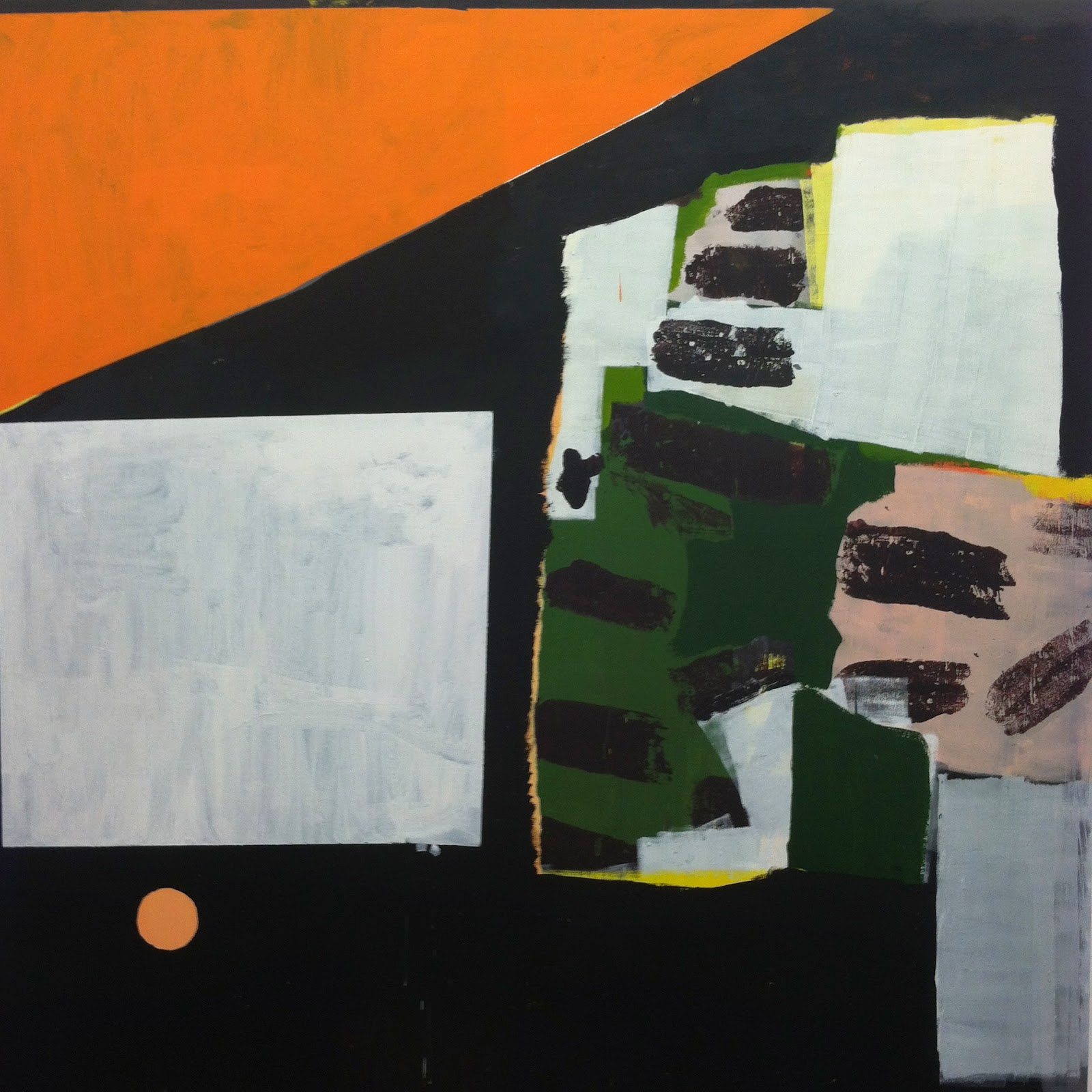