New Paragraph is a curatorial collective, helmed by artists Emily Marchand, Elyse Reardon-Jung, Eric Vrymoed, and Sam Widaman. As artists working in the Los Angeles area we feed on the vibrant culture and conversations surrounding the art world. Yet frequently the artistic community can seem small and suffocating, overly fixated on parsing out trivia that can stymie the free exchange of ideas. That is why New Paragraph has hit the return key! Rather than drop the conversation altogether we want to introduce familiar concepts in a new light by showing new work from emerging artists on subjects that are as relevant as they are entertaining.

New Paragraph is proud to present its first exhibit ‘Gape’, a site-specific show at Atwater Crossing. Bringing together young talent from across Los Angeles, ‘Gape’ promises to be as titillating as it is timely.

"Jay Erker's work was in the bar area. Her work deals with ideas around celebrity, camouflage, and embellishments often used to create an illusion of the ideal. Here, she attempts to over-inflate that idealization that is often internalized and overlooked. We chose this work for the sexy show because we feel that our own personal ideas of sexiness are often watered down by the cultural norm leaving us unfulfilled with what is available. New paragraph was interested in breaking down these norms and roles by creating a dialogue that hopefully speaks to a more realistic and accessible way of representing what is considered "sexy."

Elyse Reardon-Jung's seductive video installation uses prosthetics of sexualized body parts such as nipples and noses that are then displaced on various parts of her body. The nose-clitoris is perhaps the most mesmerizing component of the video, leaving the viewer simultaneously stimulated and confused while trying to figure out the scene laid out before them.

Pat Patricio's sexy bubble bath was meant to confuse and entice the viewer. It was both intimate and seductive leaving passersby desiring to scrub him or pour him a glass of wine. After the bath, Pat emerged in a skimpy, silk robe and joined the rest of the party.

EJ Hill, Devon Kenny, and Jonathan Apgar's band Sexual proved to be a gritty, sultry introduction to their first performance ever. Devon's low howl, EJ's dirty bass and Apgar's driving beats were reminiscent of a Hendrix-era club, smoky and sweaty, leaving everyone in a frenzy.

Sean C Flaherty's Phantom of the Opera projection overtook the room through the dramatic color palette, and the slow, pointed gesture of the touch. As the tension builds, the viewer is left unfulfilled as a climax is never reached.

Emily Marchand's Pink Box is an attempt to expose what is publicly available as sexy audio-erotica and display just how un-sexy and unfulfilled common ideas of sex acts can be. By slowing down and speeding up the voices, she isolates or mashes together hasty moments in compromising sexual positions. While the booth takes on the feel of an exposed shower, the viewer is also protected by the plexi walls from onlookers hearing the content of what they are experiencing allowing them to have a fairly private moment within the space.

Breasts being natural diptychs, Marissa Magdalena created a series of pasties displayed on a group of performers. Each set, custom made by Magdalena represented a self-portrait of each of the wearers. In a overly red-lit hallway leading up to the main exhibition gallery these women negotiated the space where incoming viewers had to walk by. It was a complicated viewing experience because the audience wanted to look at the sculptures but not objectify the women wearing them. This was precisely the outcome Marissa was hoping for which ultimately lead to a further discussion about women as objects.

As a curatorial group, we were interested in how each of the aggressive works could both permeate the other work around it as well as maintain its own identity. The sounds coming from Emily Marchand's Pink Box garbled into the audience, Elyse Reardon Jung's flowing fabric threatened to touch the Pink Box, Pat Patricio's manly bubble bath scent and steamy hot water pervaded the entire room, and Sean C Flaherty's projection encompassed all of the work in the space, like the contents in the video, almost reaching a hand out into the space." 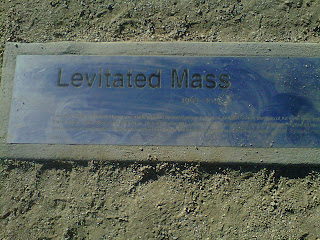 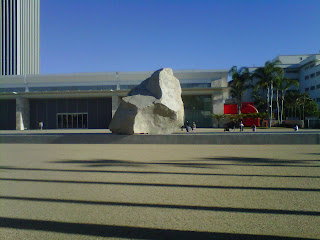 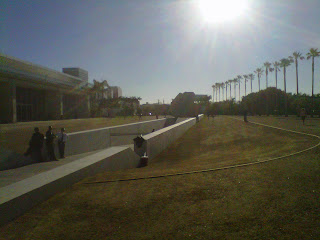 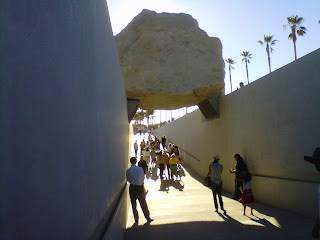 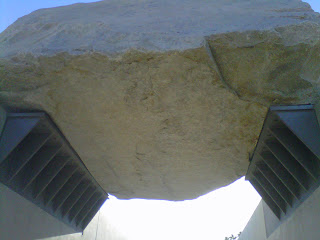 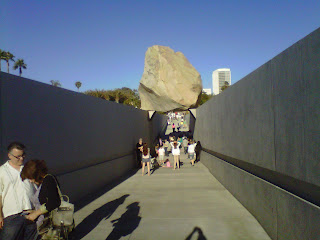 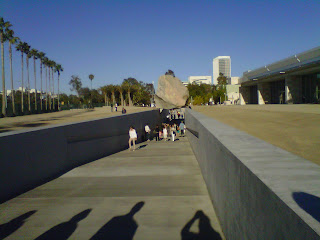 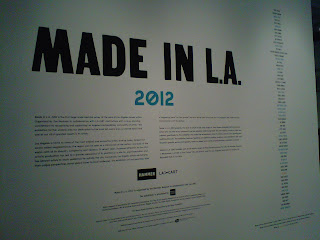 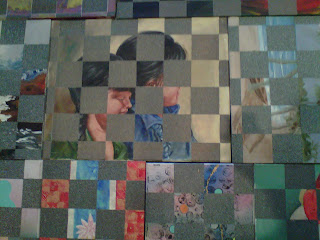 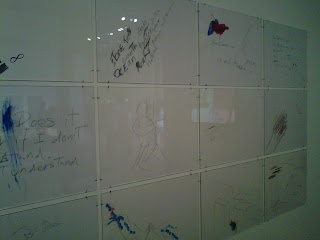 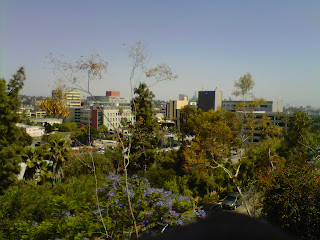