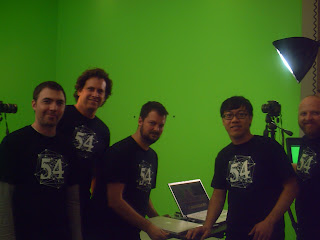 Finishing School is an interdisciplinary artist collective that explores contemporary social, political, and environmental issues. Their projects conflate praxis, play, and activism and seek to engage audiences through various participatory models. Finishing School was established in 2001 and is based in Los Angeles. They are showing at the new Culver Center for the Arts at the University of California, Riverside in downtown Riverside, California and at the 2010 California Biennial at the Orange County Museum of Art, www.ocma.net. This interview was done through Facebook.


Mario Vasquez (MV) October 4 at 8:37am
Thanks for doing this interview with me. Let's start with the basic question. What is the Finishing School?

Finishing School (FS) October 4 at 8:57am
Finishing School is an interdisciplinary artist collective that explores contemporary social, political and environmental issues. There are five of us including myself: Brian Boyer, Joel Heflin, Jason Plapp, and James Rojsirivat. Our projects mix praxis and play with activism and seek to engage audiences through various participatory models. We maintain a broad studio practice, including installation, video and graphic design, sculpture, performance, various electronic media (including: web, gaming, gadgets, and environments), and bioart. We started working together in 2001 and we are based in Los Angeles, CA.

MV October 4 at 7:42pm
One of the first projects was Saturday School in 2001. What did you as a collective learn from that first project and how did it help direct future projects?

FS October 4 at 9:36pm
Prior to Saturday School we were working as artists/gallerists and were pretty burned out on the gallery model. Once we re-grouped as a collective we remember there being a real sense of liberation. Saturday School was unlike anything we had experienced before. As a gallery we had an aesthetic and a schedule that eventually dictated fairly rigid lines for object/image based art and we felt like we were just losing energy. Saturday School gave us the confidence to really embrace social practice as a major tenant in our newly formed collective which then became Finishing School.

MV October 6 at 8:33pm
After Saturday School, did the approach to art change as a collective for the Finishing School?

FS October 6 at 9:12pm
It did. Our second major project, Today It Is Voluntary (2002), moved from the curatorial to performative - it was described to us as instructional role-playing. We became direct performers. With all of our projects, from day one, there’s a strong desire to always implement the clearest and most appropriate media for each project and the issues it explores. This works better for us than having to establish and maintain a particular visual style and marketing position in the cultural landscape. The result: a very broad disjointed portfolio of works. We’re fine with that.

MV October 10 at 7:58pm
This last Thursday, October 7, 2010, I had the pleasure of going to the opening for the new Culver Center at UC Riverside. There I saw a project called "Little Pharma" where participants would dress like their favorite drug and then go on a bike ride from the Museum of Contemporary Art, Los Angeles (MOCA) to Fringe Gallery in Chinatown while showing places of drug distribution. I saw the video and I really enjoyed it. I want to ask is how ideas and projects, like "Little Pharma," within the collective are formed and developed. Is each idea formulated individually within the collective or are they developed together? Tell me a little bit more about the projects at MOCA and at the Los Angeles County Museum of Art. 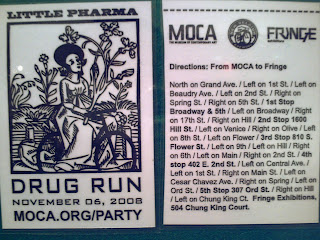 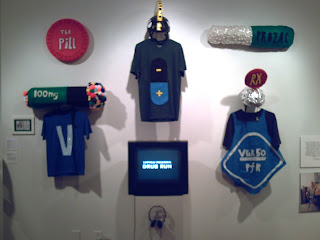 FS October 11 at 7:21am
Little Pharma came out of long term research. We started with a blog as place to catalog research and ideas (http://little-pharma.blogspot.com/). The blog has since been included in the Rhizome Artbase, a collection of New Media work supported by Rhizome, an online entity of the New Museum in New York. At the beginning of the project the content and direction were pretty wide open. No time restrictions or format constraints. We did not have the project designated for a specific exhibit, which always influences an outcome of project (time budget, space, etc.). This allowed us to run in several disparate directions with the project. It seemed the more we researched the more complex the project became. We also started incorporating the research into our own lives which deepened the commitment to the project. Little Pharma then became an umbrella inter-disciplinary investigation that explored and promoted various “alternative” medicines and lifestyles as viable antidotes to some of the Big Pharma pathologies. Projects included web and printed matter, exhibitions, workshops, roundtable meetings, lectures, and interventions.

In regards to the first part of your question: we never have a consistent experience in forming ideas. Things tend to fall in place once we designate a project for an exhibit, performance, or action. Little Pharma is a good example of how a project evolves into an exhibit, which goes to the second part of your question. The Little Pharma Drug Run was presented first at MOCA in Los Angeles as our second project during our three month Artist Residency there. This became the most important and busiest moment of our collective history. In the few months leading up to our MOCA residency we did three projects in NYC, a site specific project in The Netherlands, a local sound festival, and had a solo exhibition set to open at Fringe Exhibitions in Los Angeles. All different projects. We had to dig in and WORK. MOCA, was dream situation. It was also very scary. They told us we could do anything we wanted as long as we stayed within budget. MOCA provided very generous funding, amazing emotional and institutional support, the entire museum staff rallied behind us, and most important, they made a major investment in our practice and lasting friendships have been forged. Aandrea Stang and Zach Kaplan spearheaded the efforts. They are amazing. The entire staff there is amazing.

In three months we presented three projects: EXECUTIVE ORDER KARAOKE, Featuring special guest host Tammy Tomahawk, Executive Order Karaoke was a public action in which participants were invited to sing their favorite mixes of George W. Bush’s executive orders to popular music. For the LITTLE PHARMA DRUG RUN, participants made costumes resembling all kinds of different drugs legal and otherwise. We took them on a bicycle tour of downtown Los Angeles to various drug distribution sites and played a game we created called, “Let’s Make a Deal.” Finally, FINDING JOY was a workshop where the audience built small DIY radios used to detect prerecorded transmissions located throughout the museum. For the transmissions we recorded interviews around the MOCA community about what brings them joy.

MV October 11 at 6:37pm
So let's talk about your project for the 2010 California Biennial. Tell me about how Venice, Italy and Gregor Schneider plays into it. FS October 13 at 10:34pm
Ah, you spotted the Gregor Scheider reference, he is one of many biennale artists since 1895 dealing with black squares and/or cubes. There are too many to list here. The Black Cube will play an important role/character in our film.

For the 2010 CA Biennial we will begin production of 54, our new participatory film project. This project explores the complex socio-economic, and political landscape of biennials - using the invitation to participate in one biennial as an opportunity to critique the very model through the critical dramatizing of another biennial. Our intention is to show the final version of 54 as an official artwork in a third biennial. 54 employs relevant biennial histories and narratives, investigates the role of biennial audience as participants, and speculates about the impact biennials have on high and pop culture. 54 is our most complex project to date, both conceptually, and geographically. Visitors to the CA Biennial are encouraged to participate in scenes filmed at the museum and surrounding locations scheduled during the course of the exhibition. Additionally, visitors are invited to meet us in Italy where we will be also be filming in and around the Venice Biennale in June 2011. You can view the web component of this project at www.54thefilm.com (can you link that?)

MV October 19 at 8:44pm
Final question. What's the future for the Finishing School?

FS October 21 at 9:31pm
This is tough. Honestly, in almost 10 years of working together we've rarely considered the future. We are going to Italy in June, you should come with us and help make this film. 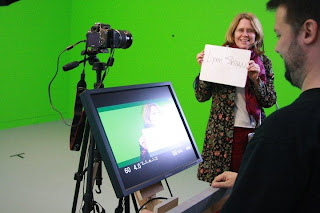 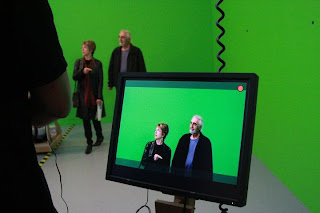 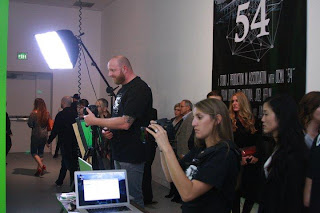 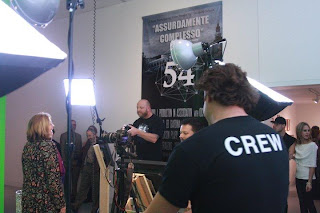 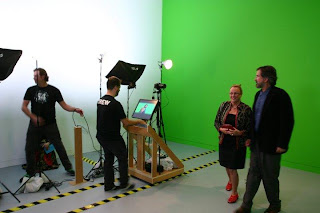 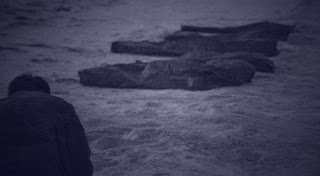 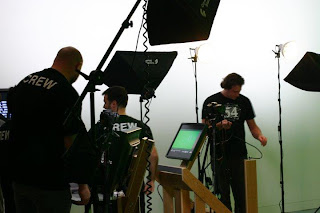