Absalon at KW Institute for Contemporary Art in Berlin, Germany


KW Institute for Contemporary Art in Berlin is presenting the first comprehensive solo exhibition by the Israeli artist Absalon. Absalon, born in Ashdod (Israel) in 1964, died at the age of 28 in Paris in 1993. In only a few years he created an oeuvre of extraordinary complexity and coherence which – even if forever unfinished – yet never remains fragmentary.

From the press release:

Absalon engages himself with spaces in systematic and successive ways. By taking questions around essential human activitiesPreview and basic forms such as the rectangular, the square, the triangle and the circle as his starting points, he begins by emptying out the encountered spaces before restructuring and refilling them with the help of simple forms. These test assemblies, further developed later on by means of objects, drawings, photographs and films, come to a full circle in Absalon’s Cellules: individualized, ascetic living units for contemplation based on the measurements of the artist’s own body. Reduced to a vocabulary of strictly geometrical forms these pieces convey a sense of absolute abstraction, yet without alluding to utopian ideas. Instead, they open up heterotopic spaces, which Absalon had planned to publicly position in six large cities in order to confront his physical existence with the corpus of society: “They are not meant to posit any solutions in terms of isolation. They have been made for living the social.” (Absalon)
at December 08, 2010 No comments:

Los Angeles-based artists Matthew Brannon recently had a solo show at David Kordansky Gallery in Culver City, California. The show is an excellent example of how an artist uses different media to covey certain conceptual strategies that explore notions of artistic practice, painting, commerce, comedy and aesthetics.
From the press release:
Entitled "Wit's End,"  the exhibition represents a radical complication and amplification of themes present in Brannon's practice to date. These include the subversion of language, notions of fiction and autobiography, and a conceptual re-imagination of artistic practice in the context of visual culture, commerce, and repressed desire.
In Wit's End, Brannon puts the gallery to use as a theatre of aesthetic moves and counter-moves, a cerebral system which is continually ruptured by artworks that pull the signifying rug out from the exhibition as a whole. While the show includes sculpture, unique letterpress prints, and a sound work in the form of a limited edition LP record, perhaps the most intense of these ruptures is the most paradoxically traditional, and least anticipated, of gestures: Brannon has made a body of new, medium- to large-scale oil paintings based on abstract floral forms.
Suddenly, Brannon's longstanding critique of painting as the epitome of 'high' artistic culture becomes representative of an intensely sublimated desire, one that has energized his practice since the beginning of his career. By working against his own and his audience's expectations, the artist transforms himself into a psychological laboratory, testing his ability to make meaningful artworks from approaches that he has, at least in the past, deemed questionable. As such, the paintings demand to be read as props in a hyper-critical (and hypocritical) performance of self-consciousness in which cultural codes relentlessly interfere with one another and the artist's intentions. What on first glance seems like an attempt to loosen up suddenly begins to feel like an act of violent control.

If the wall-based sculptures of acrylic paintings that Brannon has made in recent years––with their clean surfaces, three-dimensional objects, and images of stretcher bars, rulers, and tags––function as abstractions based on the externalphysical and cultural supports for painting, the new oil-based works become abstractions based on the internal motivations that lead to paintings (and by proxy, artworks in general). By pairing examples of both of these aspects of his practice in a single exhibition, Brannon allows for, and even encourages, the possibility that they might contradict each other's basic intentionality.

As a result, Wit's End cannot be simply read as a commentary on painting, or even on painting's place in the culture at large. Rather, painting and its conceptual ramifications become strategies, among many others, aimed at destabilizing the viewer's sense of how images relate to the ever-expanding layers of narratives we tell about them. To this end, the exhibition establishes a tenuous––but rigorously composed––system of objects, texts, prints, and sounds in which the oil paintings might function as "mere" illustrations for the uncomfortable narratives evoked by the other works on view.

These include a bright green railing-like sculpture that literally divides the gallery space, legislating the viewer's physical and visual experience of the exhibition. Several of the unique letterpress prints for which Brannon is well known perform a similar, if less overtly disruptive role, and give off intimations of paranoia that heighten the disturbing beauty of the paintings. Their use of black-humored narrative and familiar graphic symbols points to commercial, psychological, and even political contingencies that threaten, at any moment, to subsume aesthetic concerns. In these works, language––whether as text or as a cohesive vocabulary of images––becomes a last resort, forever a potential source of misunderstanding and inadequacy.

A sense of thwarted expression is highly present in 'Gag', a limited-edition LP record. Its letterpress sleeve includes a quote from Georges Batailles that details the "metamorphosis of the great ape... as an inversion, having as its object not only the direction of the discharges thrust back through the head––transforming the head into something completely different from a mouth, making it a kind of flower blossoming with the most delirious richness of forms..." The recording itself, audible in the space, features the sound of a woman gagging. Her sexualized, quasi-verbal emission can be read as an auditory equivalent to the oil paintings, in which the absence of language only seems to increase the viewer's desire to articulate their significance. Yet in one of the many conceptual paradoxes put into play by these works, the imagery conjured by Bataille threatens to draw a linguistic parallel between the record as gag (or joke), the act of gagging (disgust), and the floral subjects of Brannon's new paintings.

Seen in this light, the title of the exhibition takes on disconcerting importance. Is Brannon at his wit's end? Is the work in the show an illustration of a personality that is on the verge of losing control? Or is this what Brannon imagines artwork to look like when wit––the comedic version of the critical instinct––has run out? As it attempts to answer these questions, Wit's End feasts vampirically on the very discourse it has been designed to generate.

In 2011 Matthew Brannon will be the subject of a one-person exhibition, curated by Daniel Birnbaum, at Portikus in Frankfurt, Germany. Over the past few years he has also been the subject of the solo exhibitions Mouse Trap, Light Switch, Museum M, Leuven, Belgium; Reservations, Ursula Blickle Stiftung, Kraitchal, Germany; Where Were We, Whitney Museum of American Art at Altria, New York; and Try and Be Grateful, Art Gallery of York University, Toronto. His work has been included in many group exhibitions throughout the world, including At Home/Not at Home: Works from the Collection of Martin and Rebecca Eisenberg, Center for Curatorial Studies, Bard College, Annandale-on-Hudson, NY; Cabinet of Curiosities with Pablo Bronstein, Matthew Brannon, Anthea Hamilton, and Wayne Koestenbaum, Nottingham Contemporary, Nottingham, England; Beg, Borrow, Steal, Rubell Family Collection, Miami; 50 Moons of Saturn, T2 Torino Triennial, Turin, Italy; the 2008 Whitney Biennial, Whitney Museum of American Art, New York; and Multiplex: Directions in Art, 1970 to Now, Museum of Modern Art, New York. 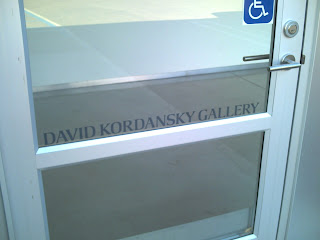 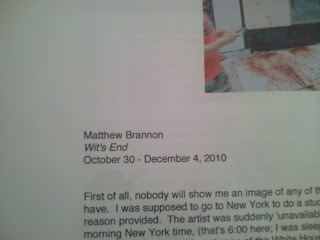 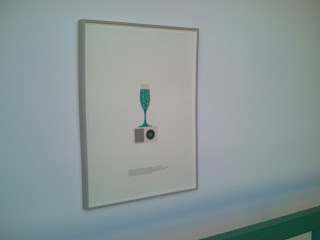 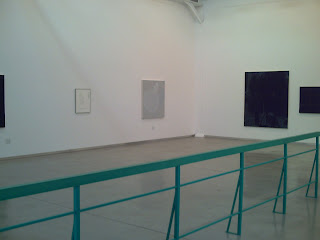 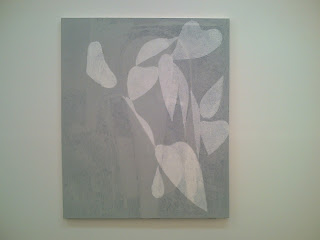 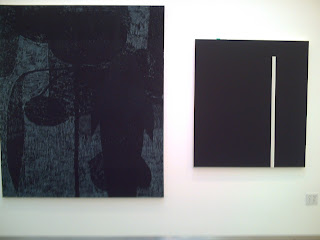 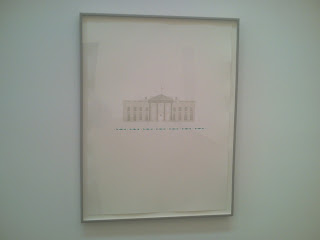 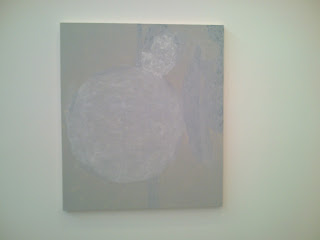 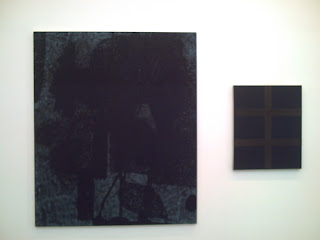 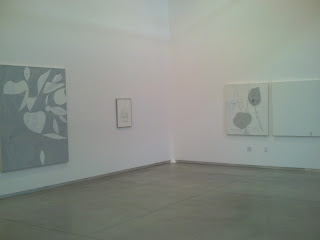 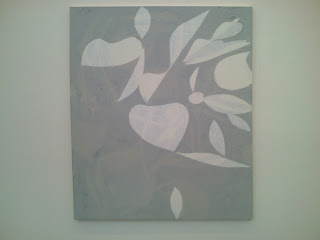 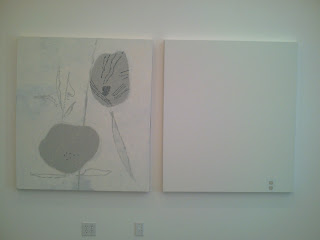 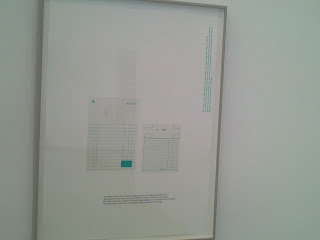 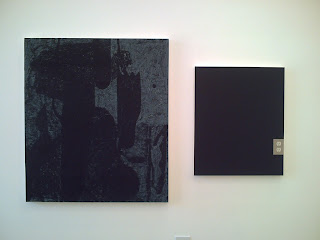 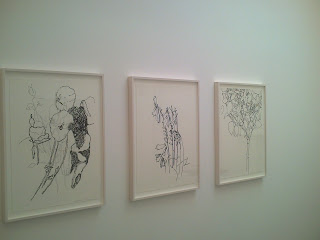 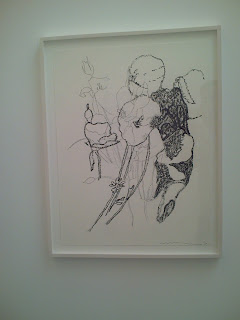 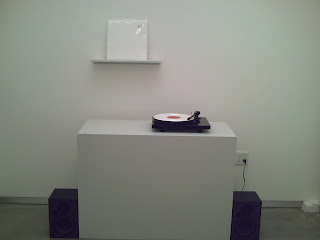 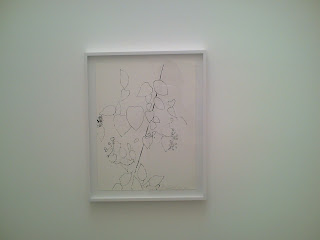 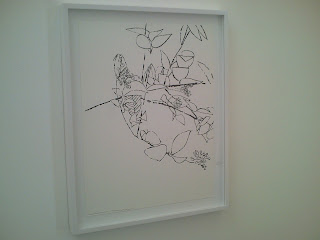 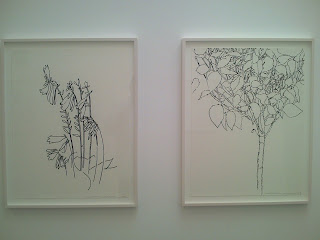 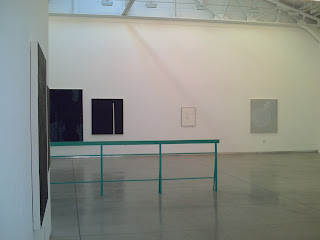 A Selection of Early Videos by William Wegman

Falling Light is an immersive installation by the London art and design studioTroika. It consists of 50 ceiling-mounted illumination devices that immerse the visitor in a virtual shower of light “drops”. This is achieved by projections of light through an optically pure, custom-cut Swarovski crystal lens. VernissageTV’s Sabine Trieloff met with two of the Troika designers, Conny Freyer and Sebastien Noel at their booth at Design Miami. In this interview, the two designers talk about their installation “Falling Light” and their work in general.
Troika are Eva Rucki, Conny Freyer and Sebastien Noel, who met while studying at the Royal College of Art, and subsequently started their London-based studio in 2003. The trio is widely known for its experiential artworks. Troika’s practice is positioned at the junction where art, architecture, and technical inventions intersect.
Falling Light is part of Swarovski’s Crystal Palace series that produced installations by designers such as Greg Lynn’s or Ross Lovegrove.
Troika: Falling Light. Interview with Conny Freyer and Sebastien Noel atDesign Miami 2010. Miami Beach, November 30, 2010. Interview: Sabine Trieloff.
at December 04, 2010 No comments: