This year's Halloween posting is about masks. Every Halloween people wear masks as part of the celebration. In art, the mask has a different meaning. It can either hide the truth or reveal an inner struggle or torment. The mask can be a symbol of life and death. In some cultures, the mask can represent the spirits or the gods.

Two Artist Reflect on Resilience and Healing Through Art: "Resilience: Philip Guston in 1971" at Hauser & Wirth and Ernesto Neto "Children of the Earth" at Tanya Bonakdar Gallery

From the beginning of existence, humans have used art as a conduit to healing and prayer. Art can be reflection of how one recovers from disappointment and failure, and it can be a path to enlightened understanding and heal a devastated Earth. Two solo exhibitions, spanning two generations, demonstrate art's power to heal and recuperate. "Resilience: Philip Guston in 1971" at Hauser & Wirth and Ernesto Neto's "Children of the Earth" at Tanya Bonakdar Gallery explore aspects of failure, recovery, and how art can save on both a personal and on a global level where the environment is in danger. Both Guston and Neto share the same goal of using a art as a therapeutic process, while taking different approaches.

For Philip Guston, 1970 was not a good year. Guston changed the direction of his work from the beloved abstract expressionism to a new figuration displaying KKK hooded figures, Crumb-like figures and expressionistic form. This new direction of portraying the figure was a gamble. However, Guston was quoted as saying, "I got sick and tired of that Purity! wanted to tell stories!" The new work at Marlborough was panned by the critics. Robert Pincus-Whitten in Artforum stated, "Perhaps the low humor hints that the quality of Guston’s painting—I mean that stuff about the organic meaning of the way things are painted—is on the verge of faltering..." At that point Guston needed to recover. The exhibition "Resilience: Philip Guston in 1971" at Hauser & Wirth focuses on the year that Guston sought new inspiration and began to heal from the devastating reaction to the change from abstract to figurative. Guston traveled to Italy, and there began to look at the work of Ancient Rome, and masters of the Renaissance. It was in Rome that Guston realized that in order to forward, he had to go back. When he returned to New York City from Rome, Guston began incorporating forms and figures from ancient Roman sculpture. By adding the work, Guston's work was transformed from an exercise in "low humor" to a dialogue between the past and present. It was past that enabled Guston's resilience to adversity. The failure of the 1970 show marked the beginning of a successful transformation in his figuration. The work in the Hauser show is superb in its quality and the display of thematic concepts that now occupied Guston's new approach really give the viewer a good range and the depth of his work. Along with Guston's paintings, there are a large body of drawings satirizing the Presidency of Richard Nixon. They are humorous and unconstrained. However, they don't add to the understanding of Guston's change. In the end, Guston's looking at art history was a way to recover from what was seen a failure in 1970. Thus art became a way to heal. Guston's process of healing can be a message another generation, whose work can be an avenue of change.

Ernesto Neto represents another generation of artist who uses art as means of healing. Neto is interested in what is ailing a distressed planet. In Neto's show "Children of the Earth," art is can be used for meditation and therapy. Neto is a native of Brazil, where wild fires devastated the Amazon forest. Neto creates an environment where viewers are encouraged to dress in outfits, smell and interact with hand crafted nets and drop shaped containers. To Neto, everything is connected. Neto wants to viewer to feel every aspect of the natural world brought into the gallery. As both literal and metaphorical, we are the Children of the Earth. Material is an integral part of making such connections. The smell of flowers, spices, and plants permeate Neto's installation. The hand made cloth and carriers contain seeds and plants, which the gallery visitor is encouraged to touch, smell, and interact. To the artist, it is the only way that humans can create an empathy and an awareness of both the healing nature of art and the distress that our planet is facing.

The two solo shows of both Philip Guston and Ernesto Neto illustrates the therapeutic nature that art can give. To Guston, art acted a way to recover from the initial reaction to his move from abstraction to figurative art. By looking at the art of the past, particularly the art of Ancient Rome and the Renaissance, Guston was able to recover and incorporate the works of the past to create a successful and critically acclaimed works that would place Guston as one of the 20th century's great figurative artist. For Neto, there is both a sense of wonder and urgency as he tries to connect the viewer to nature and the attenuative process. Neto's installation is both a place of wonder and a way to heal both the individual viewer and the planet. Both Guston and Neto illustrate different approaches to using art as a means to therapy. The therapeutic nature of art can cure a devastated Earth, and recover from a personal and professional fail.


Ernesto Neto: Children of the Earth 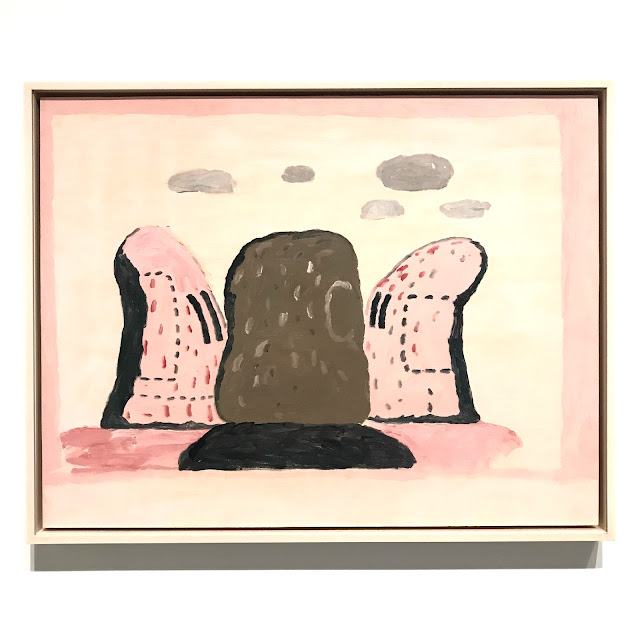 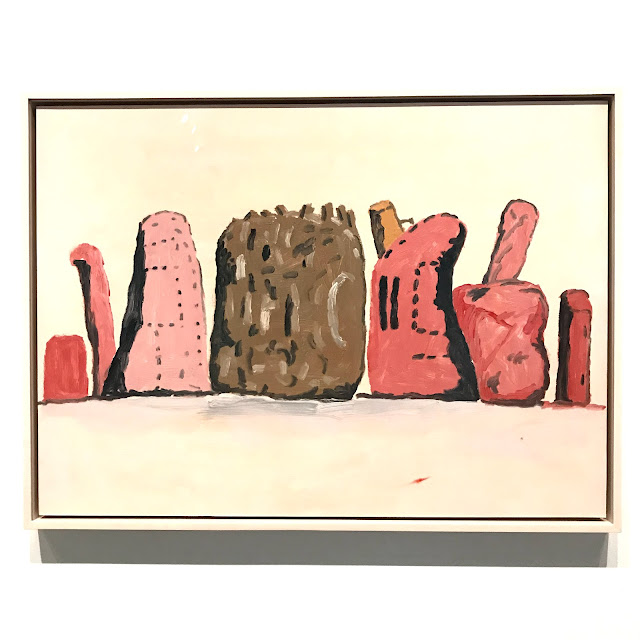 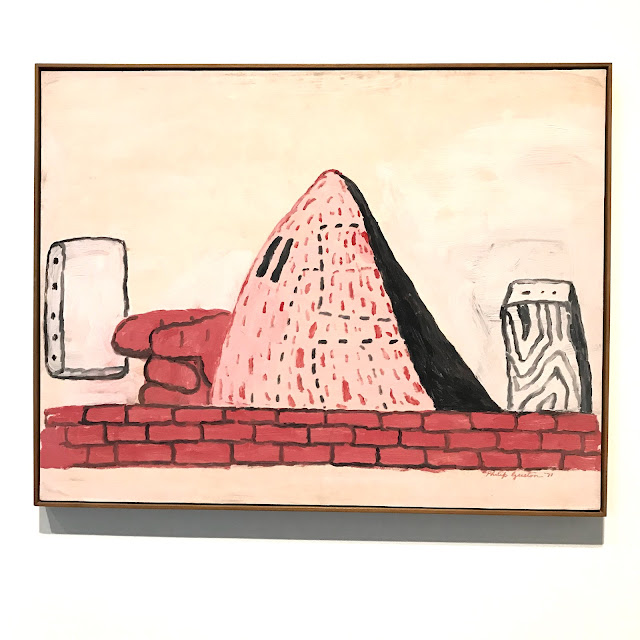 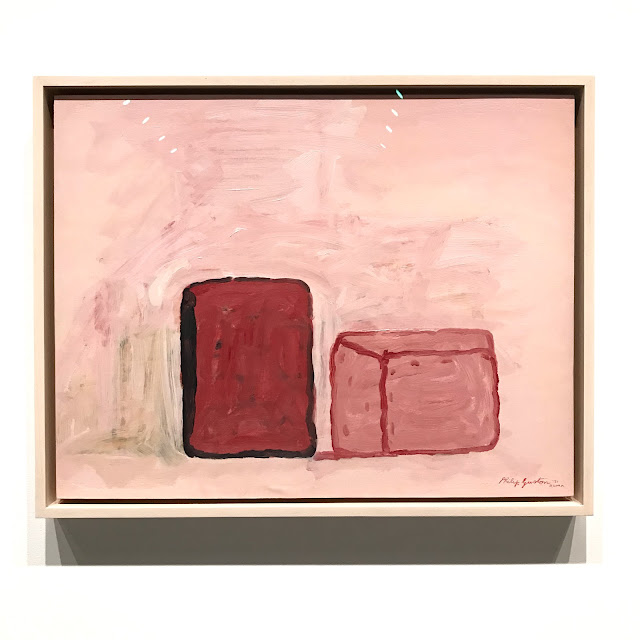 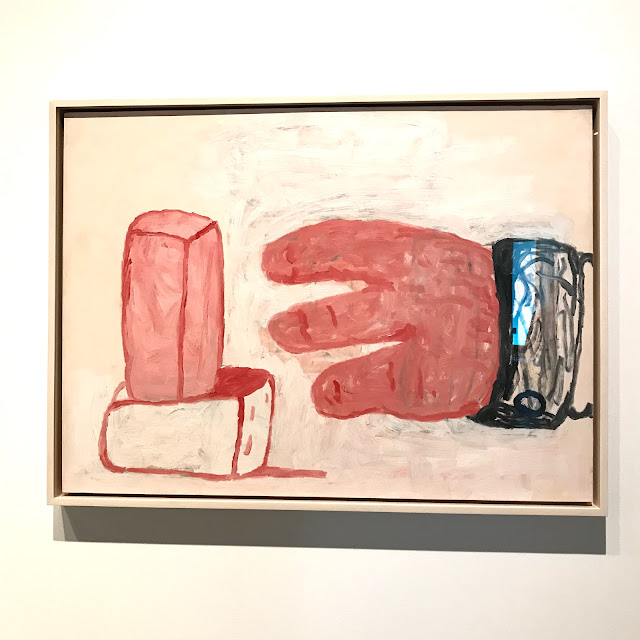 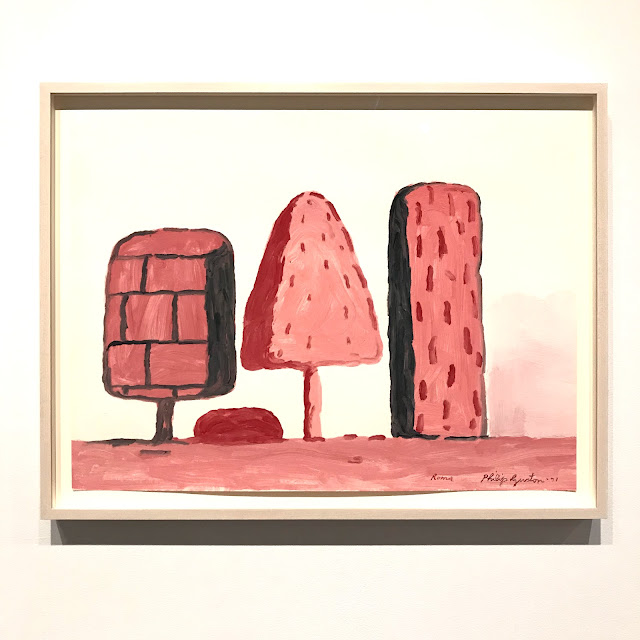 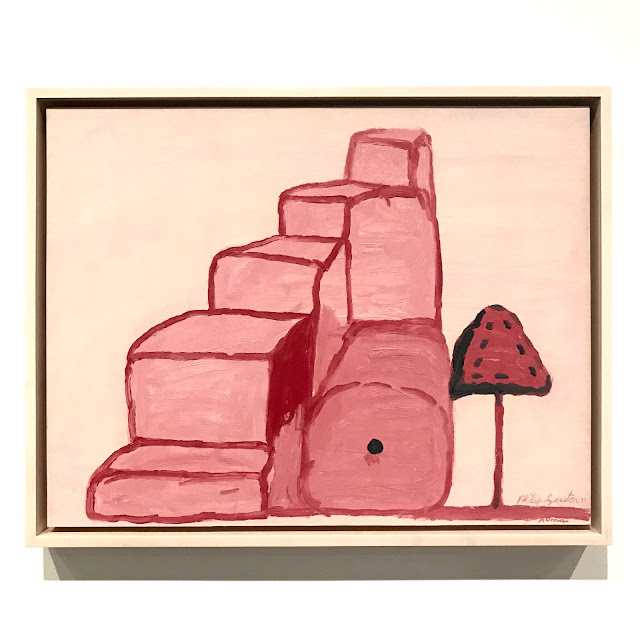 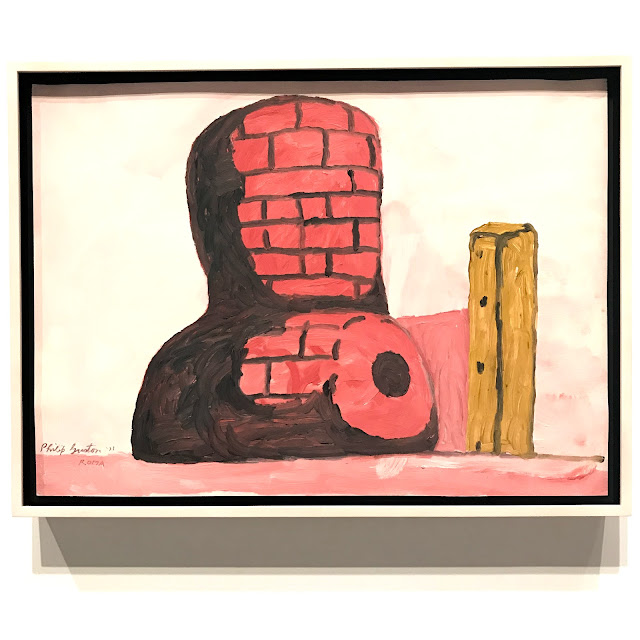 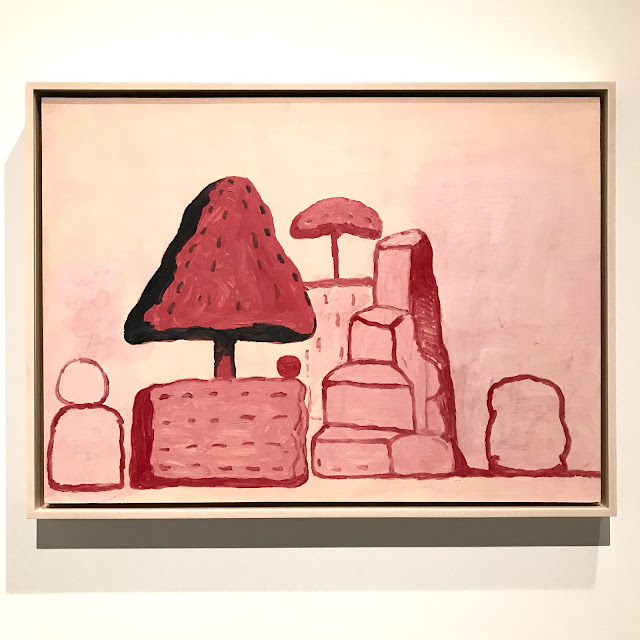 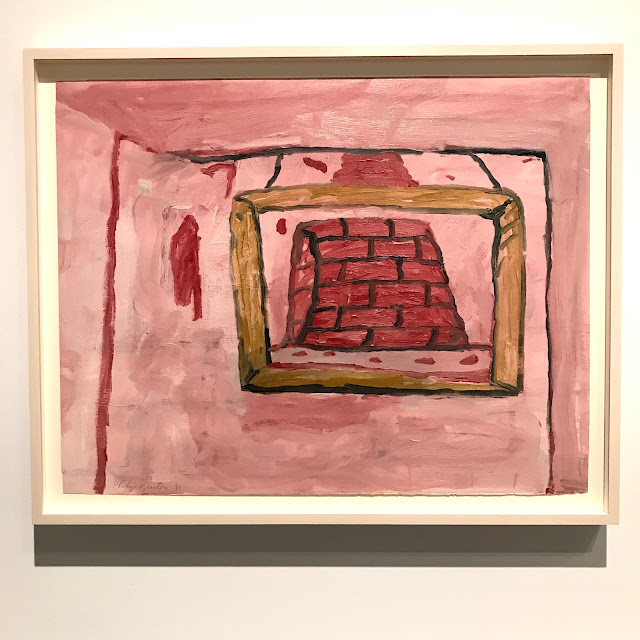 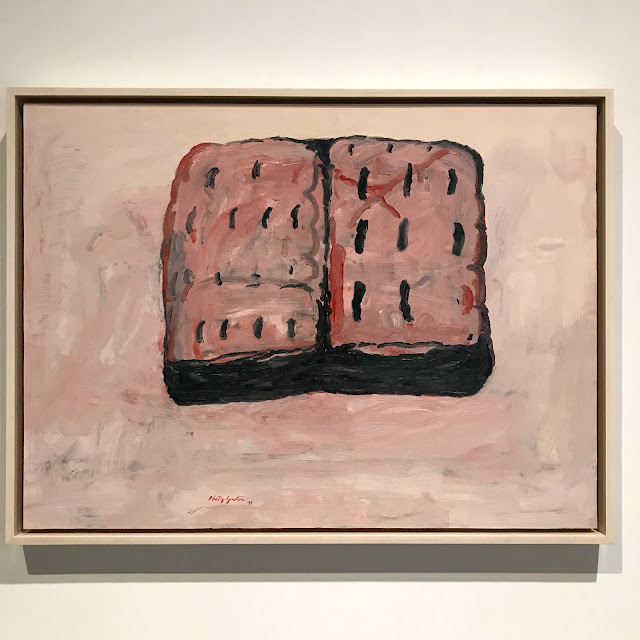 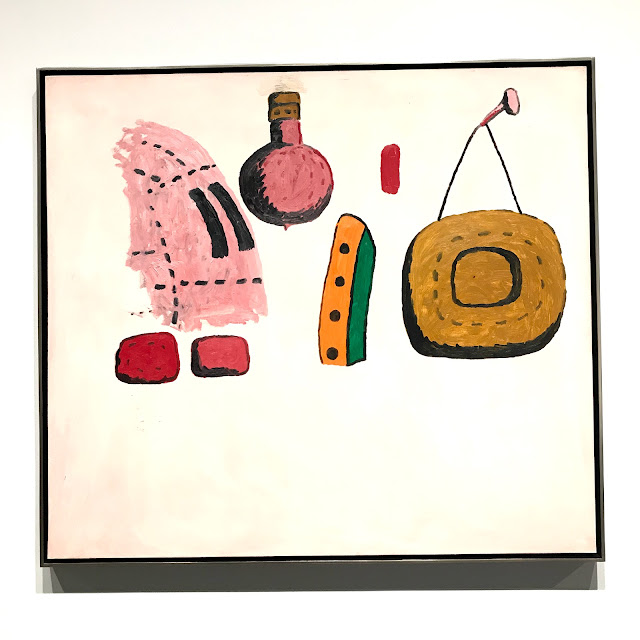 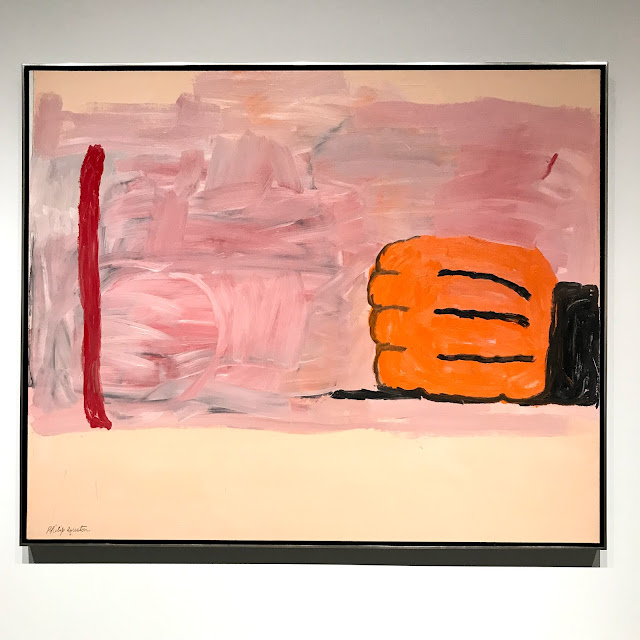 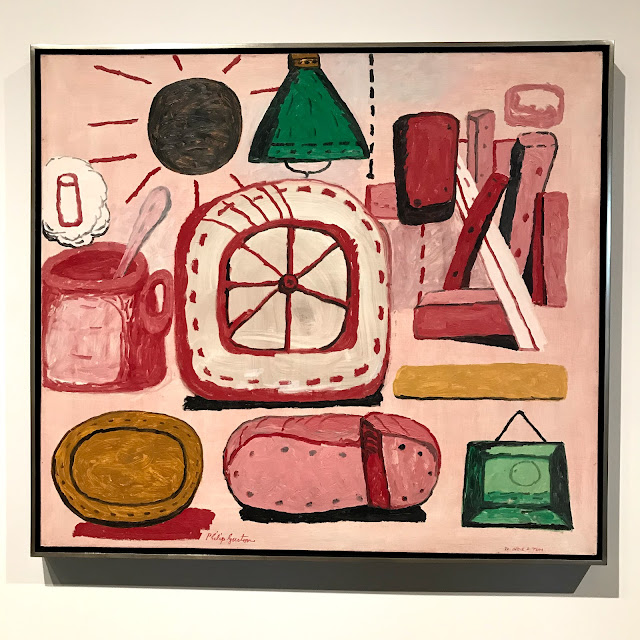 Ernesto Neto: Children of the Earth 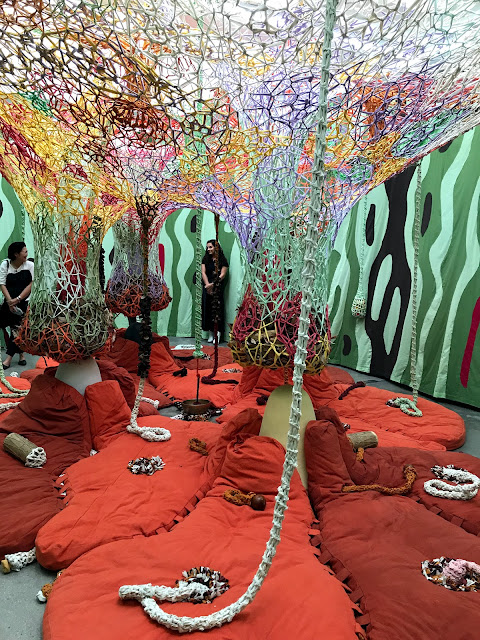 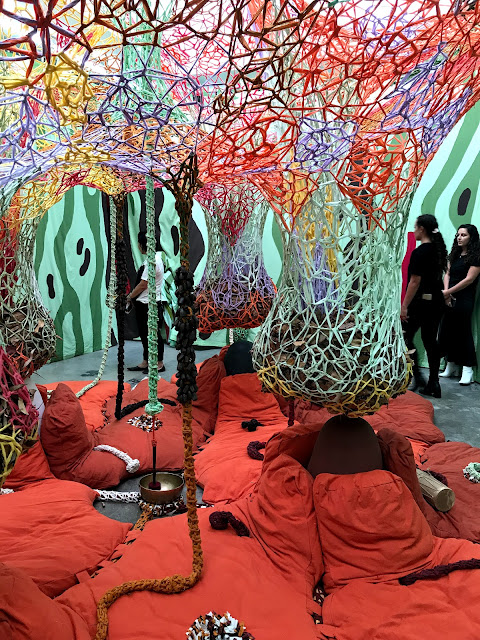 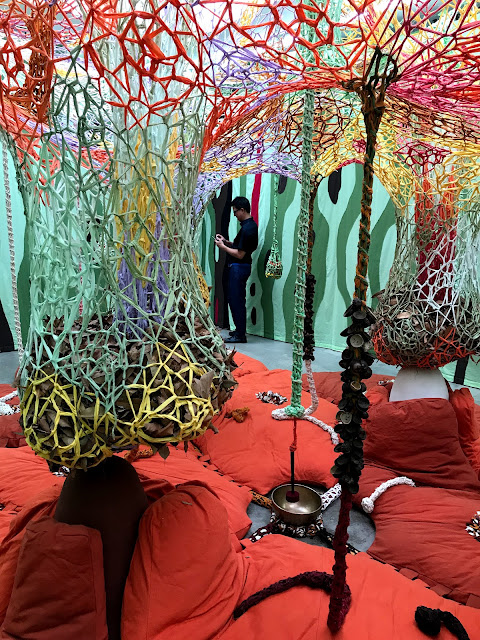 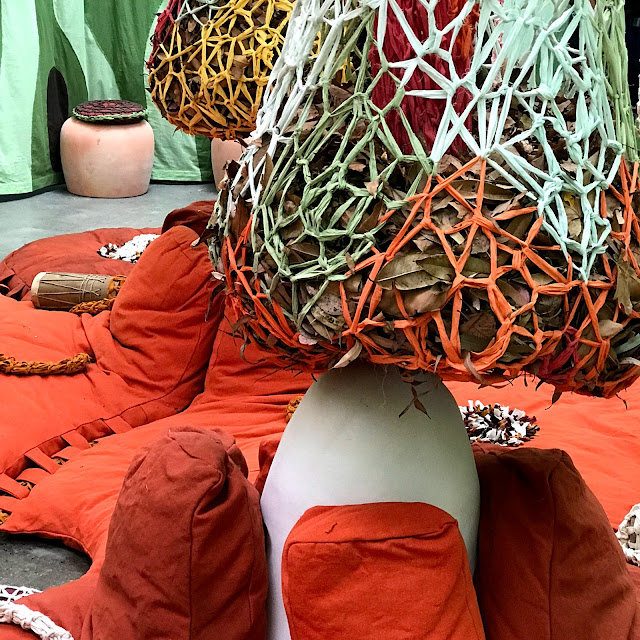 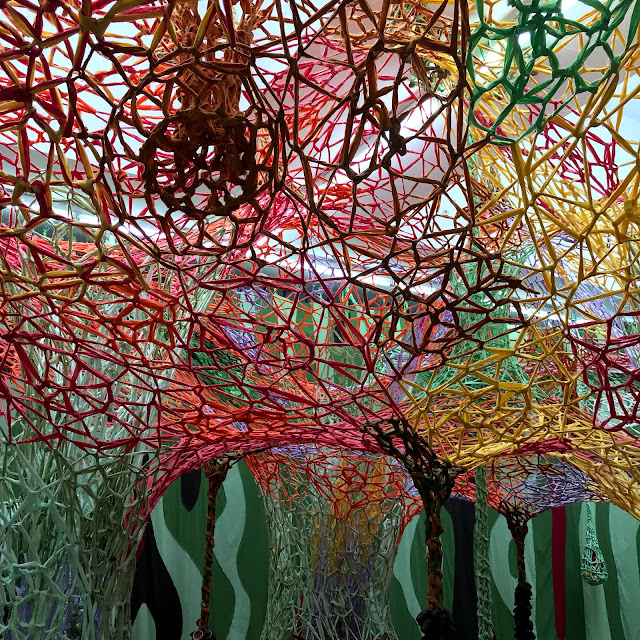 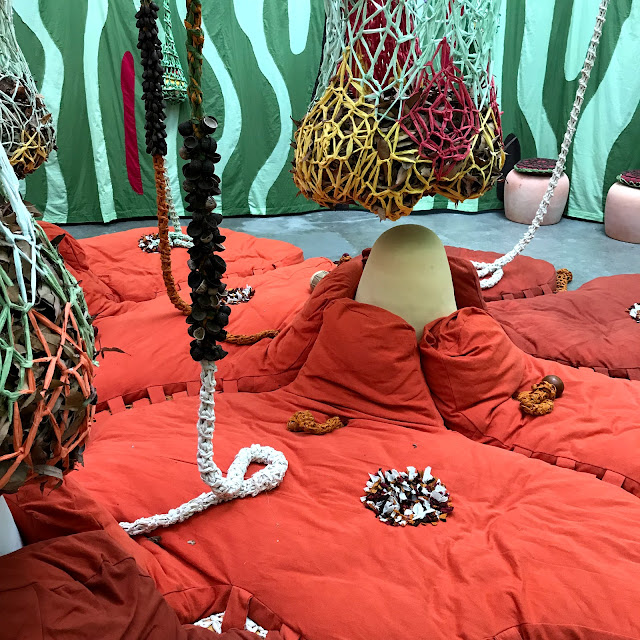 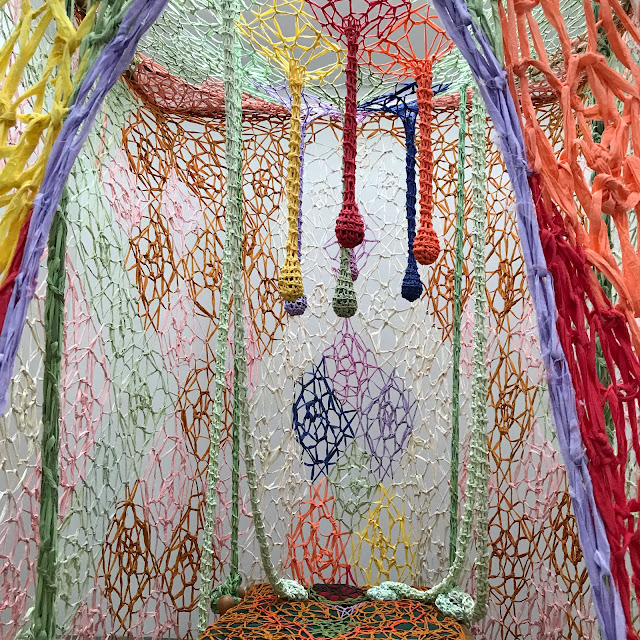 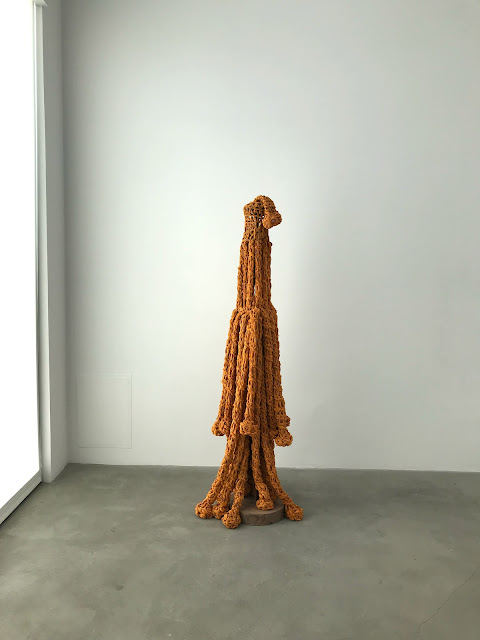 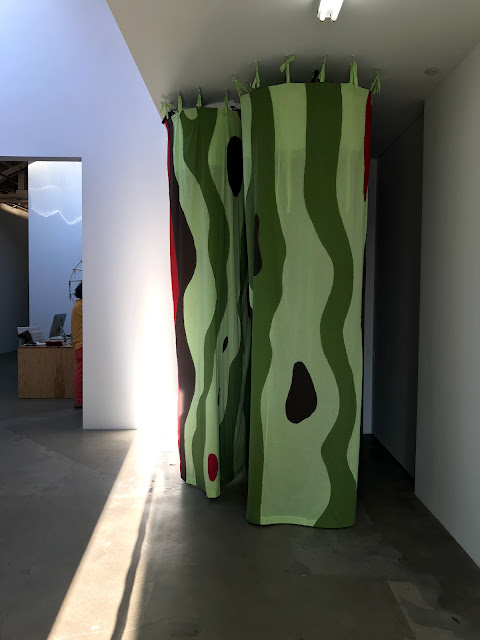