For 70 years, Scripps College has presented the cutting-edge of ceramic arts. Artists such as Ken Price, Paul Soldner, John Mason, and Peter Voulkos have all exhibited in the Annual. For it's 70th year, the Annual presents artists who have served as both the artists and curators.
The longest-running exhibition of contemporary ceramics in the nation, this year’s show highlights its artist curators, from the Annual’s earliest days in World War II to the present. The first group of curators includes Scripps Professors of Ceramics who organized many years of exhibitions: William Manker (1945-46), Richard Petterson (1947-1958), Paul Soldner (1951-1991), Nobuho Nagasawa (1992-1995).
The second group is composed of artists from outside Scripps. In 1996, the Williamson Gallery director began inviting guest curators to organize the Annual. Artist curators have always been selected on the strength of their proposals, and how their ideas advance a different theme or concept.
This annual  includes approximately 60 works by twenty artists from across the country, presented here in order of their participation from 1945 to 2013: William Manker, Richard Petterson, Paul Soldner, Nobuho Nagasawa. Kris Cox, Douglas Humble, Cindy Kolodziejski, Kathleen Royster Lamb, David Furman, Adrian Saxe, Nancy Selvin, Karen Koblitz, Tony Marsh, Steven Portigal, Tony Hepburn, Phyllis Green, Adam Davis, Wayne Higby, Tim Berg, and Virginia Scotchie.
The selection is national in scope, including artists from California, Colorado, Illinois, New York, South Carolina, Texas, and Utah.  Many of these artists are also educators who built or led major programs in ceramics, such as Adrian Saxe at UCLA, Karen Koblitz at USC, Tony Marsh at Cal State Long Beach, Tony Hepburn at Cranbrook, and Wayne Higby at Alfred.
This is an excellent show and a definite must see. When a viewer sees the extent of the works, he can trace and see the development of ceramics as a media for contemporary sculpture. Scripps College has played a key role in the development of ceramics as an art form. Also, the idea of the artists-curator brings a fresh perspective to the exhibition.
The exhibition runs through April 6. Admission to the exhibition is free. The gallery is open to the public and hours are Wednesday through Sunday, 1 to 5 pm during exhibitions. For more information, please call (909) 607-3397. 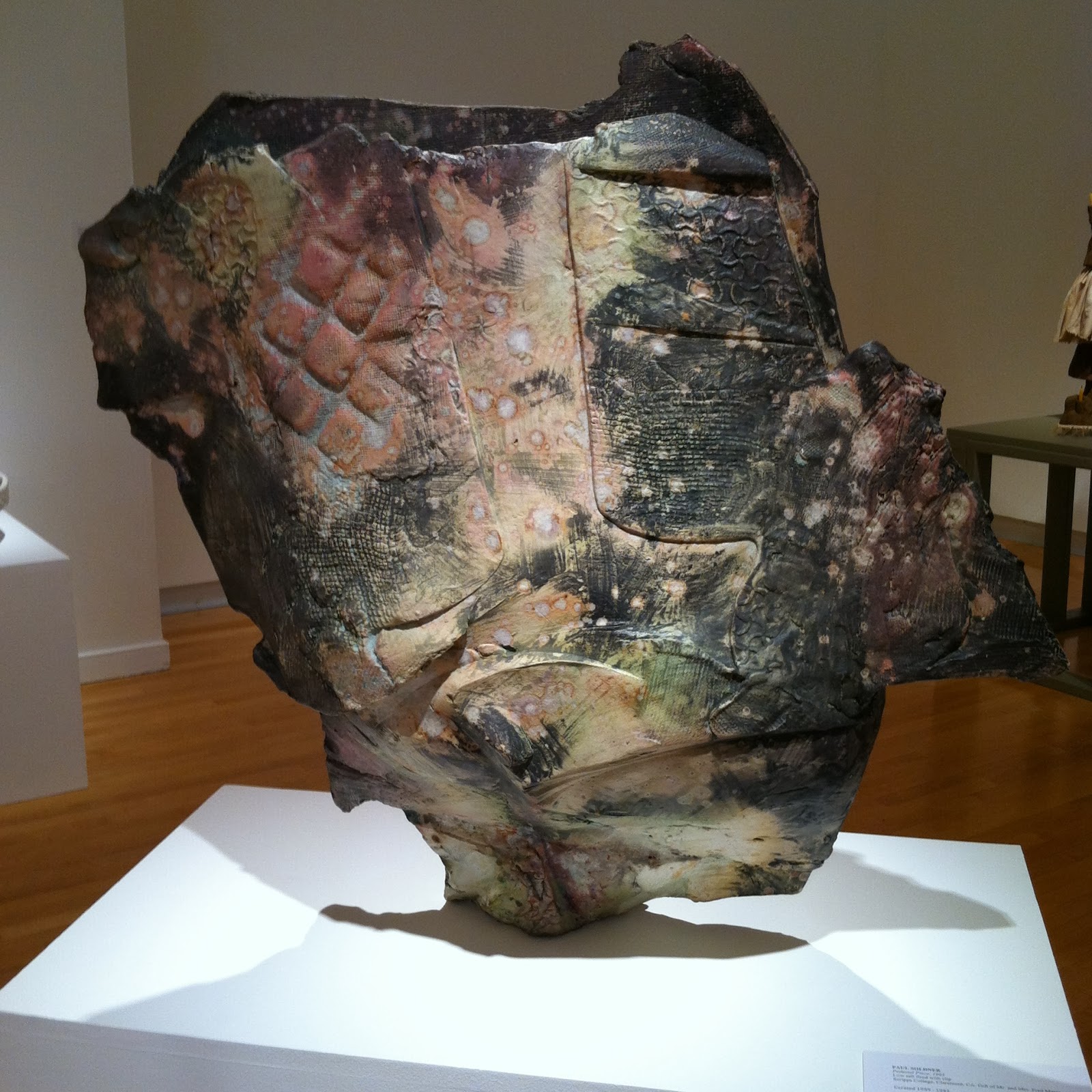 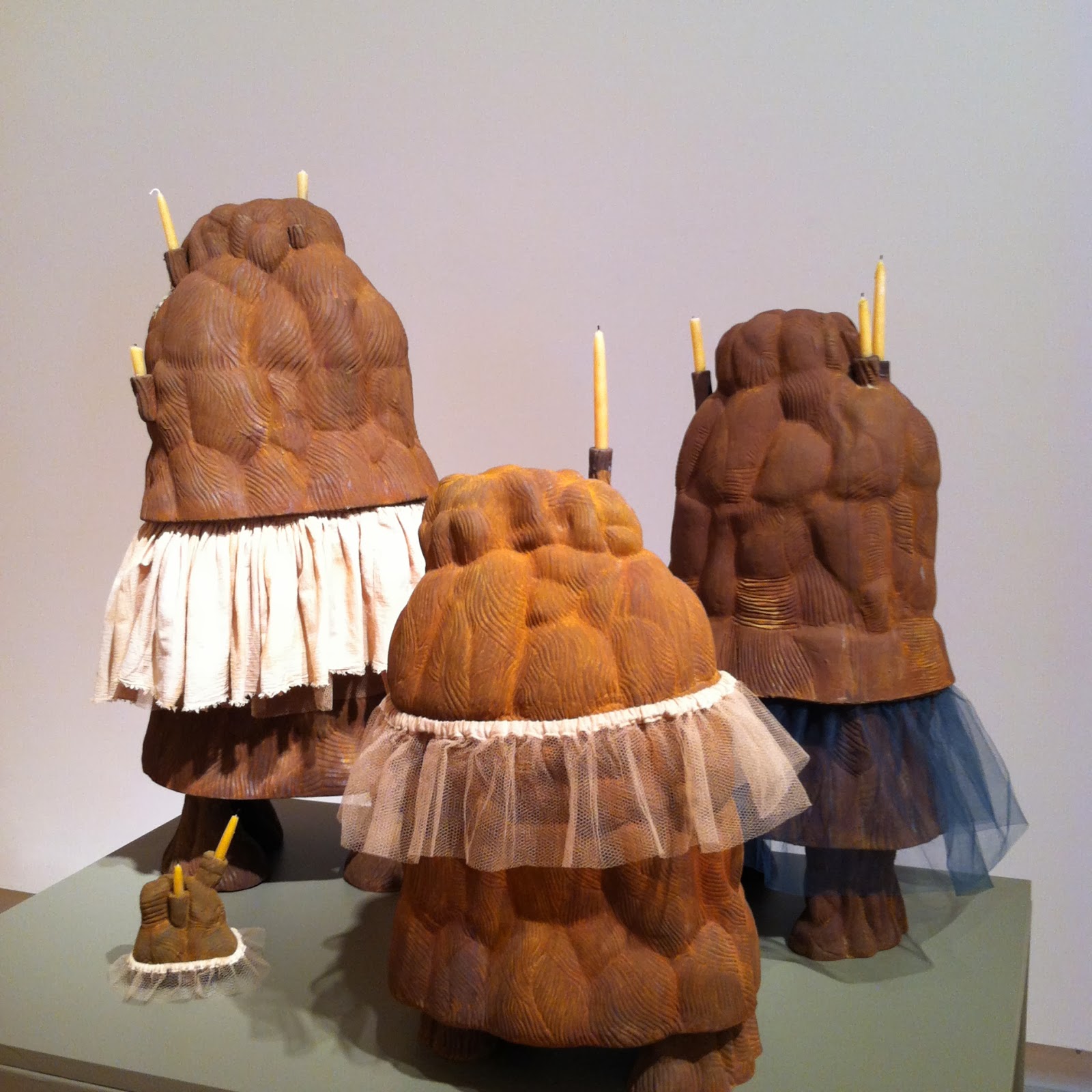 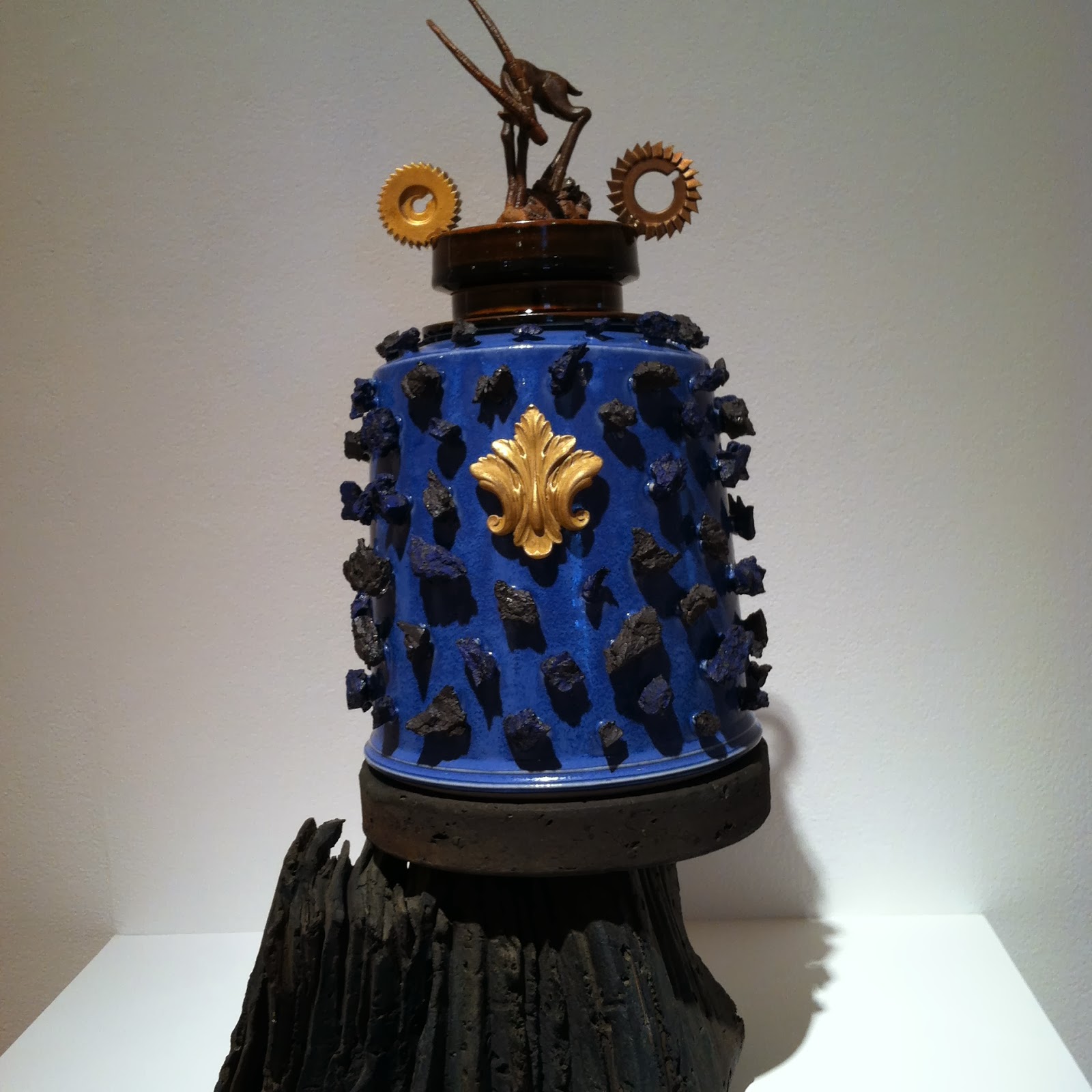 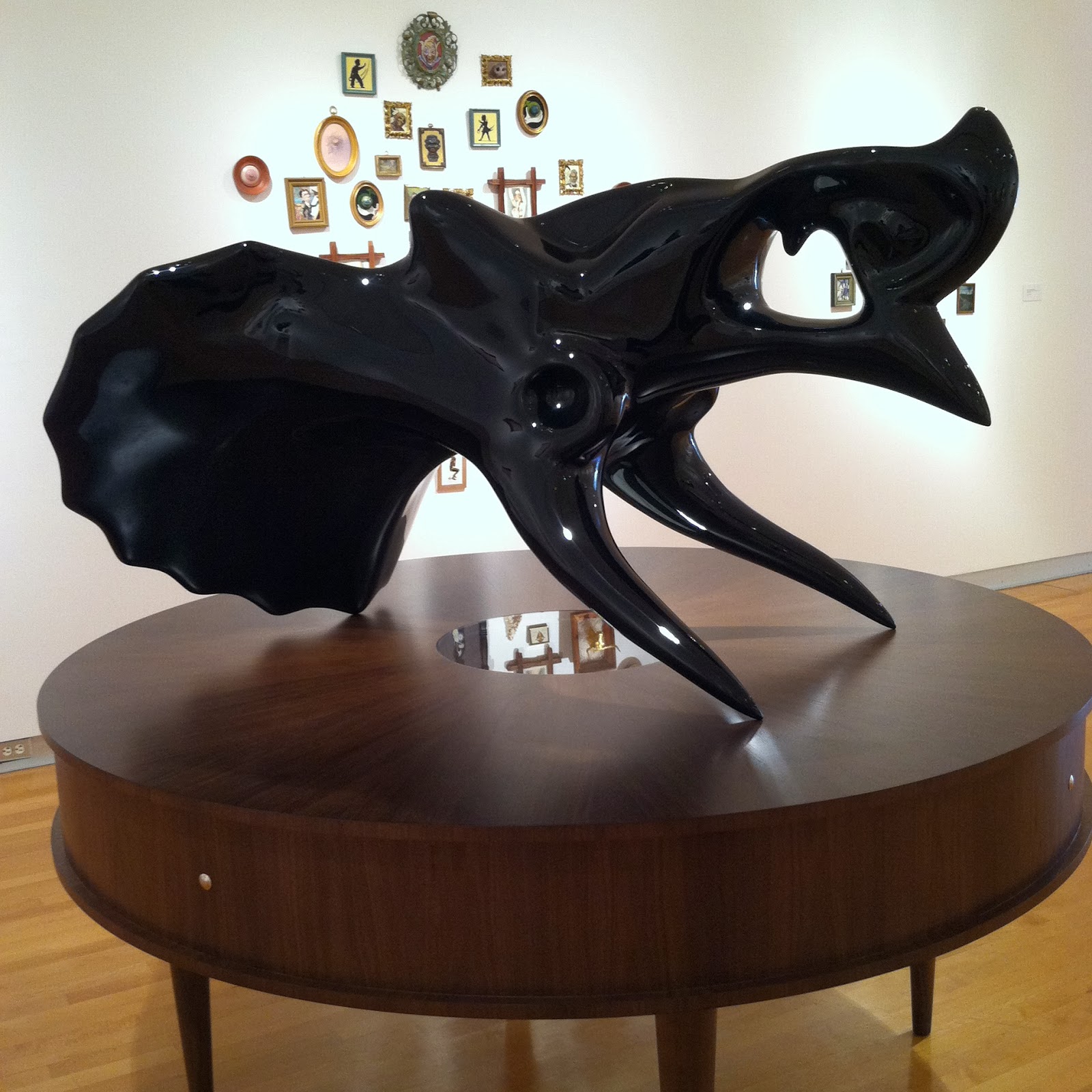 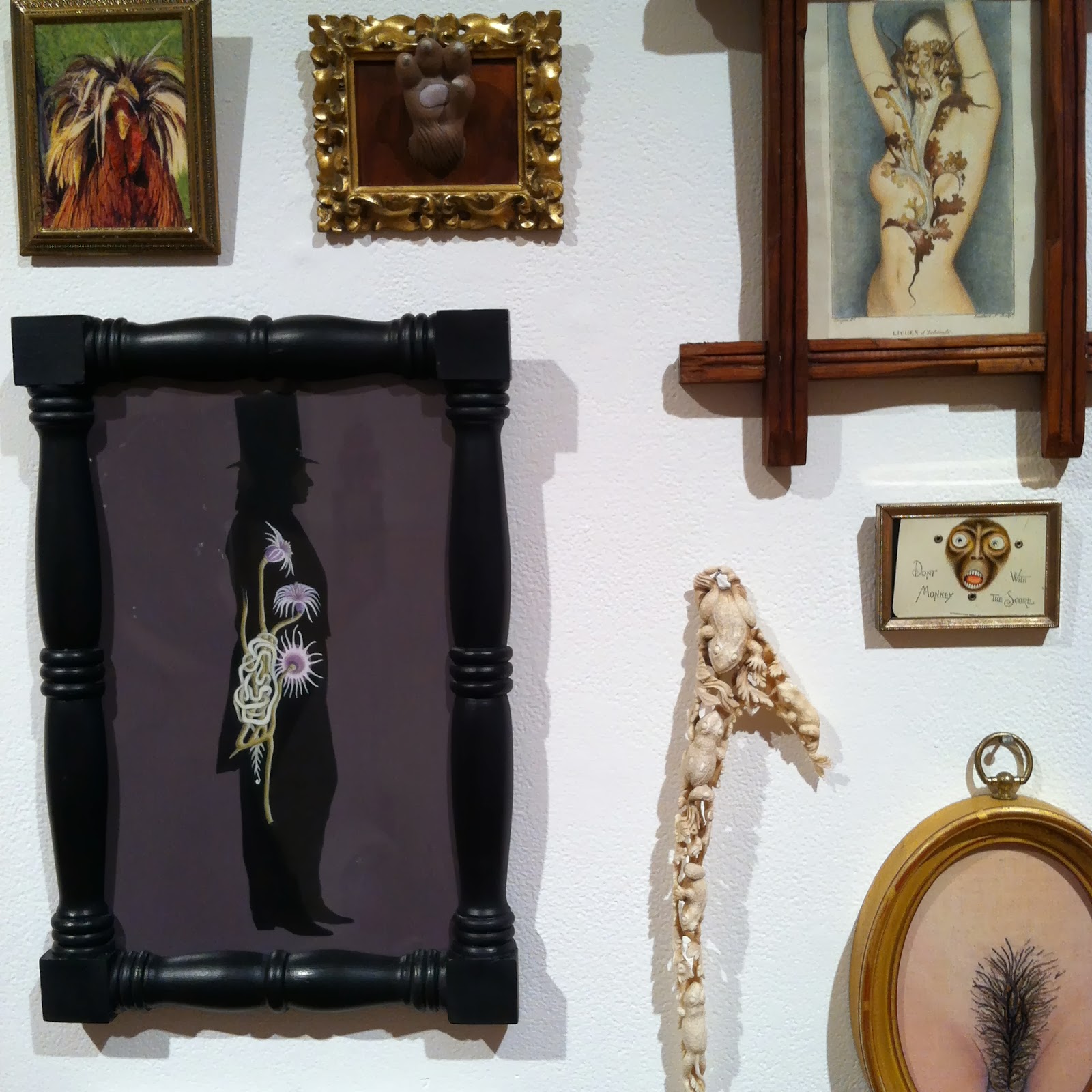 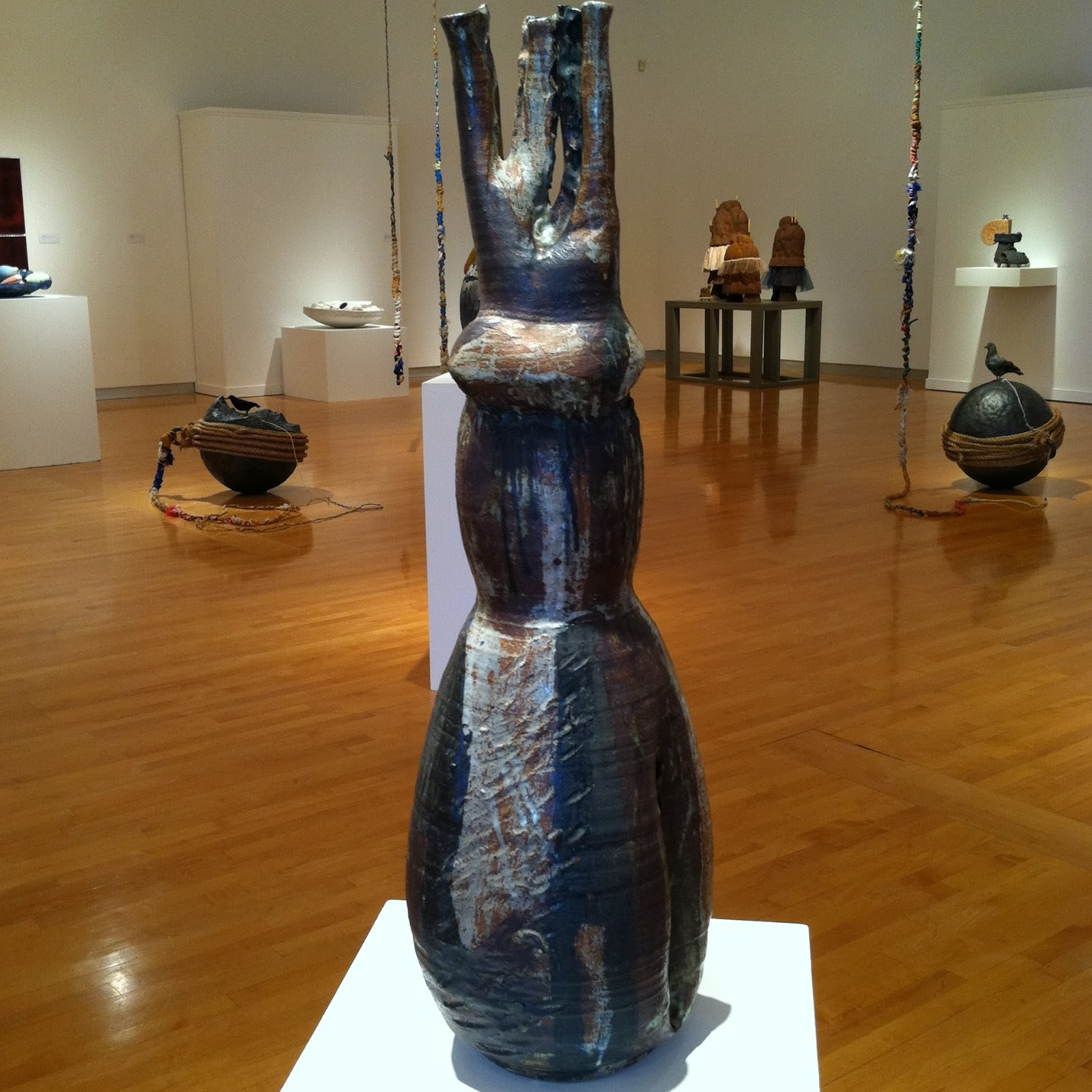 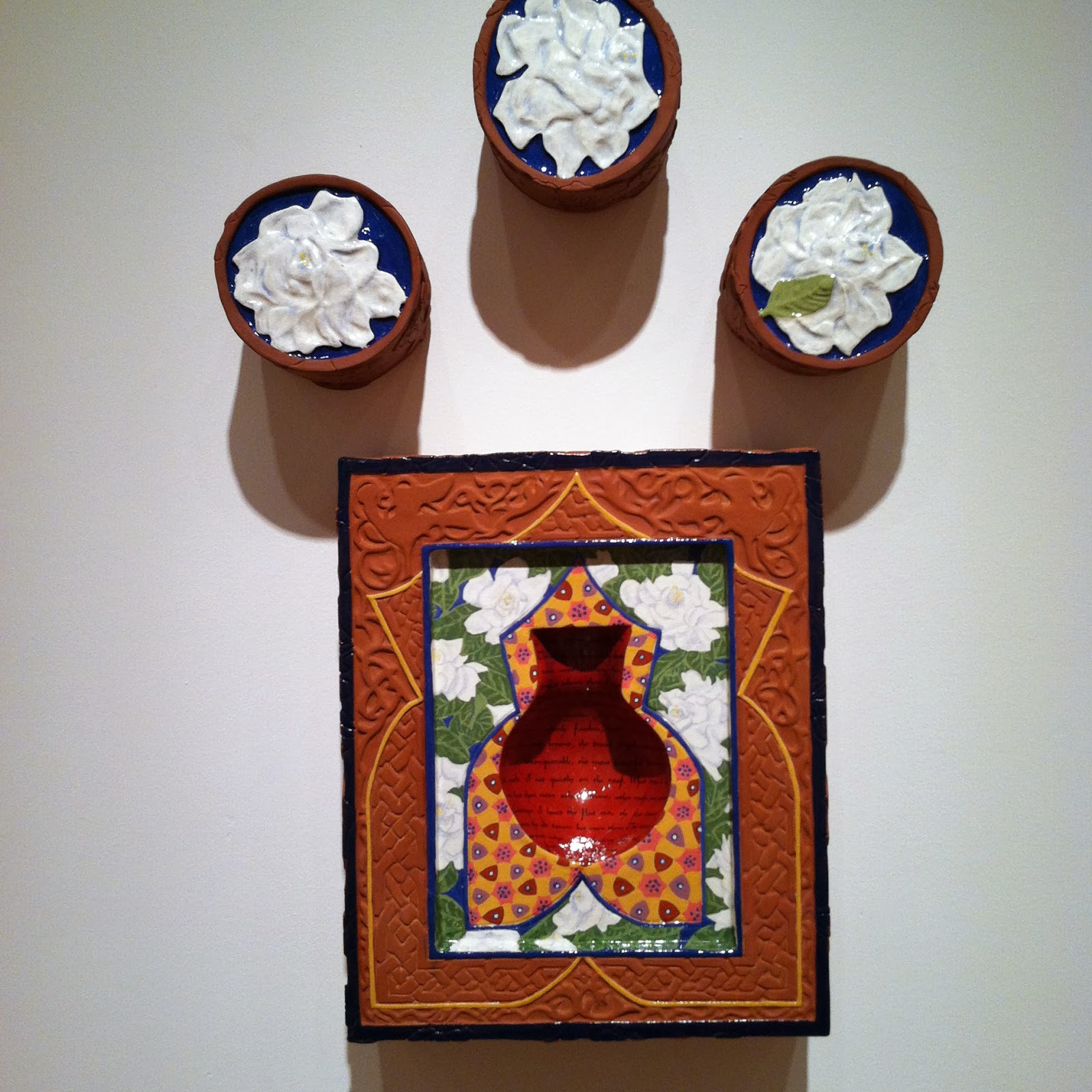 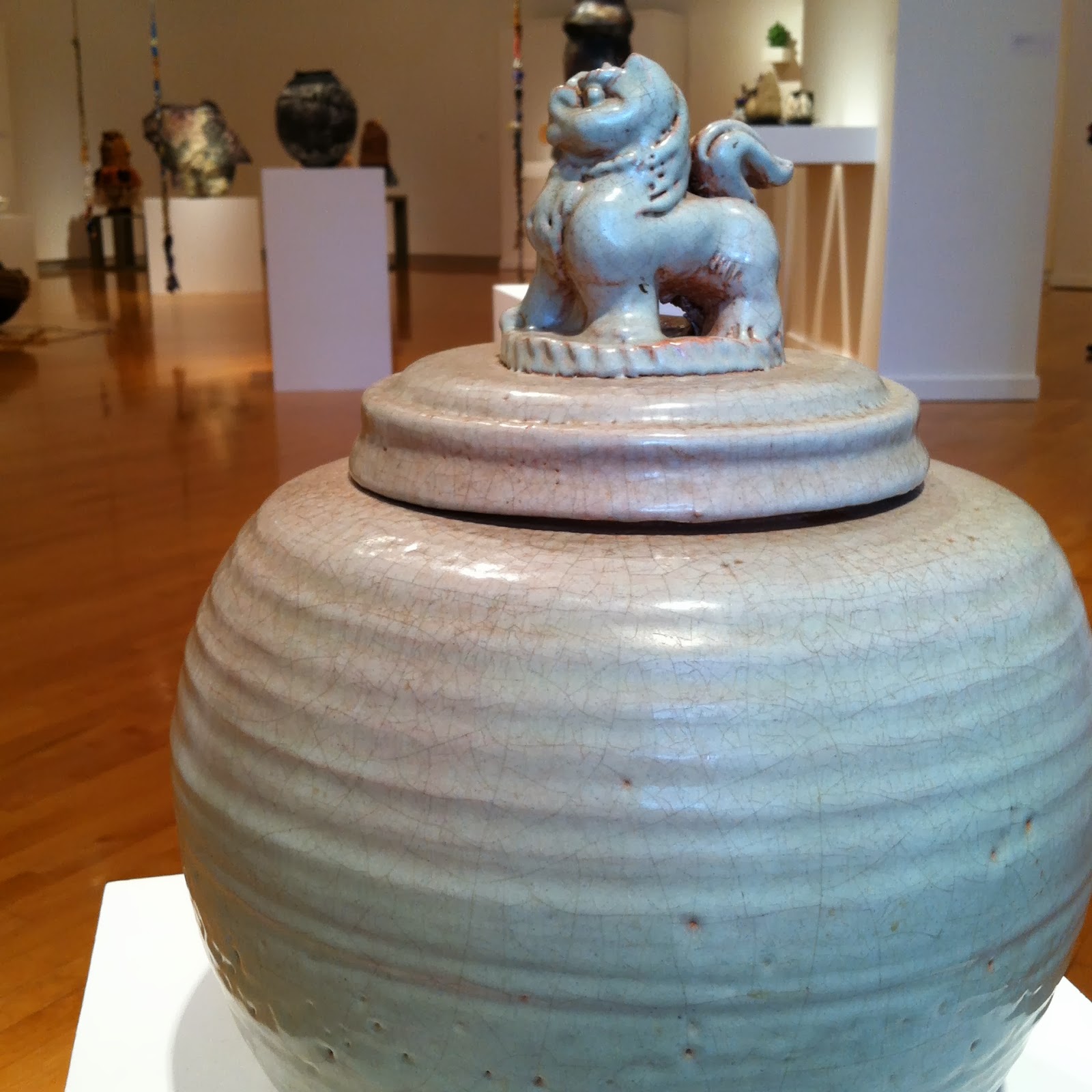 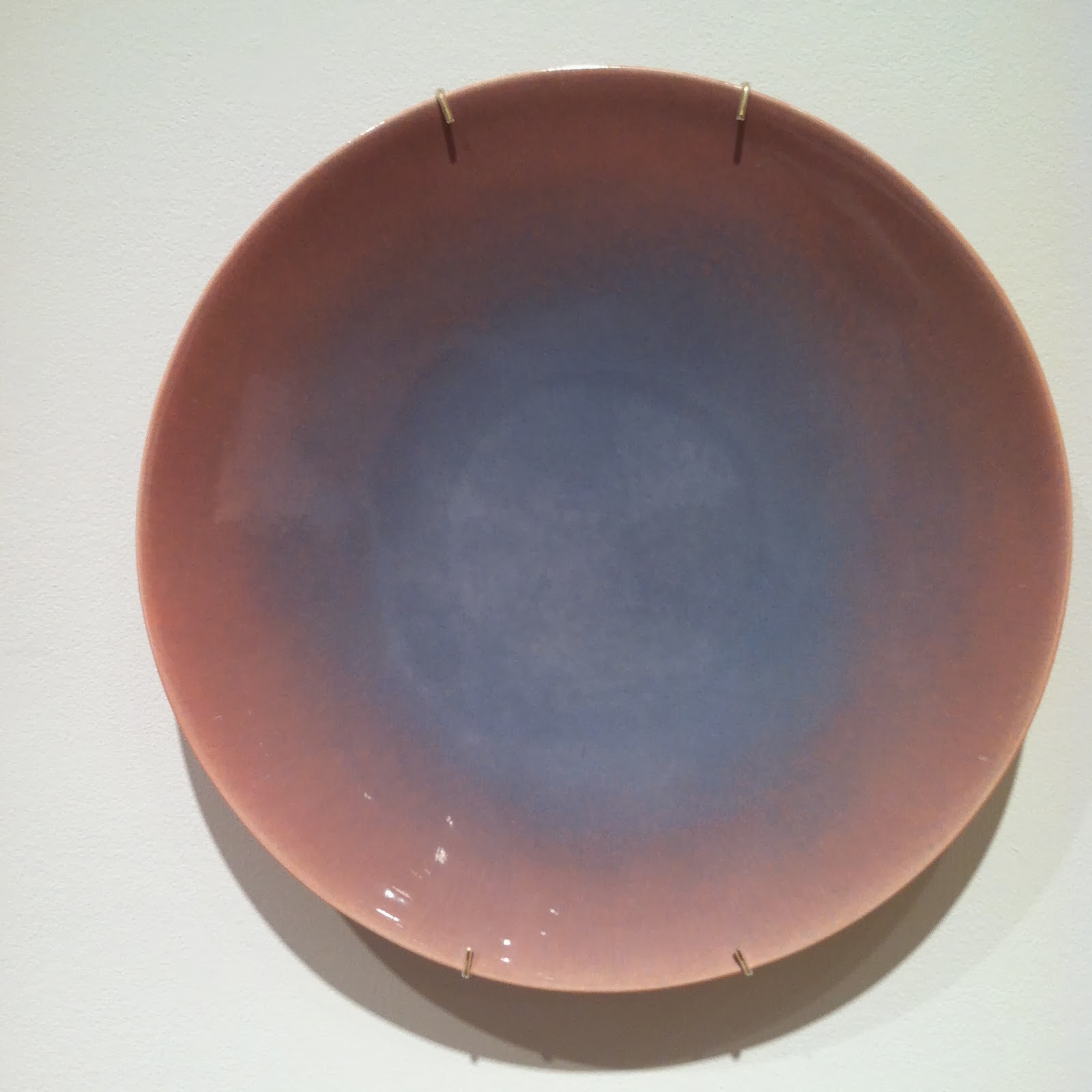 Born in Fort Sill, OK, 1971; died in New York, 2007
In considering whether there might be art from SFMOMA's collection that would be well suited for inclusion in Project Los Altos, Jeremy Blake's Winchester trilogy came to mind right away. Not only is it one of the most visually alluring animations in our holdings, but it was inspired by the Winchester Mystery House in San Jose — a South Bay icon we figured everyone who lives or works in Silicon Valley would know, whether they had visited it themselves or just seen it advertised on billboards.
The eccentric Victorian home was built by Sarah Winchester, heiress to her husband's rifle-manufacturing fortune. In the late nineteenth century, Mrs. Winchester also owned the first hundred acres that would become the town of Los Altos. She built the Winchester Mansion, as it was then known, between the years 1884 and 1922. This long period of compulsive and often nonsensical construction was undertaken to confuse or ward off ghosts.
Blake was fascinated by Mrs. Winchester and the "fearful chambers of her mind." In order to create this fluid, non-narrative video trilogy, the artist, who trained as a painter, digitally synthesized and manipulated source material ranging from newly shot film footage to vintage advertisements and photographs. The first work, Winchester (2002), offers what might be called a psychological tour of the fears and beliefs that drove the home's growth. 1906 (2003), named for the year of the Bay Area's great earthquake, explores the construction and architecture of the mansion. Century 21 (2004), the trilogy's final installment, references nearby movie theaters with glimpses of actors and artists whom Blake saw as embodiments of the Wild West.
Janet Bishop
Curator of Painting and Sculpture 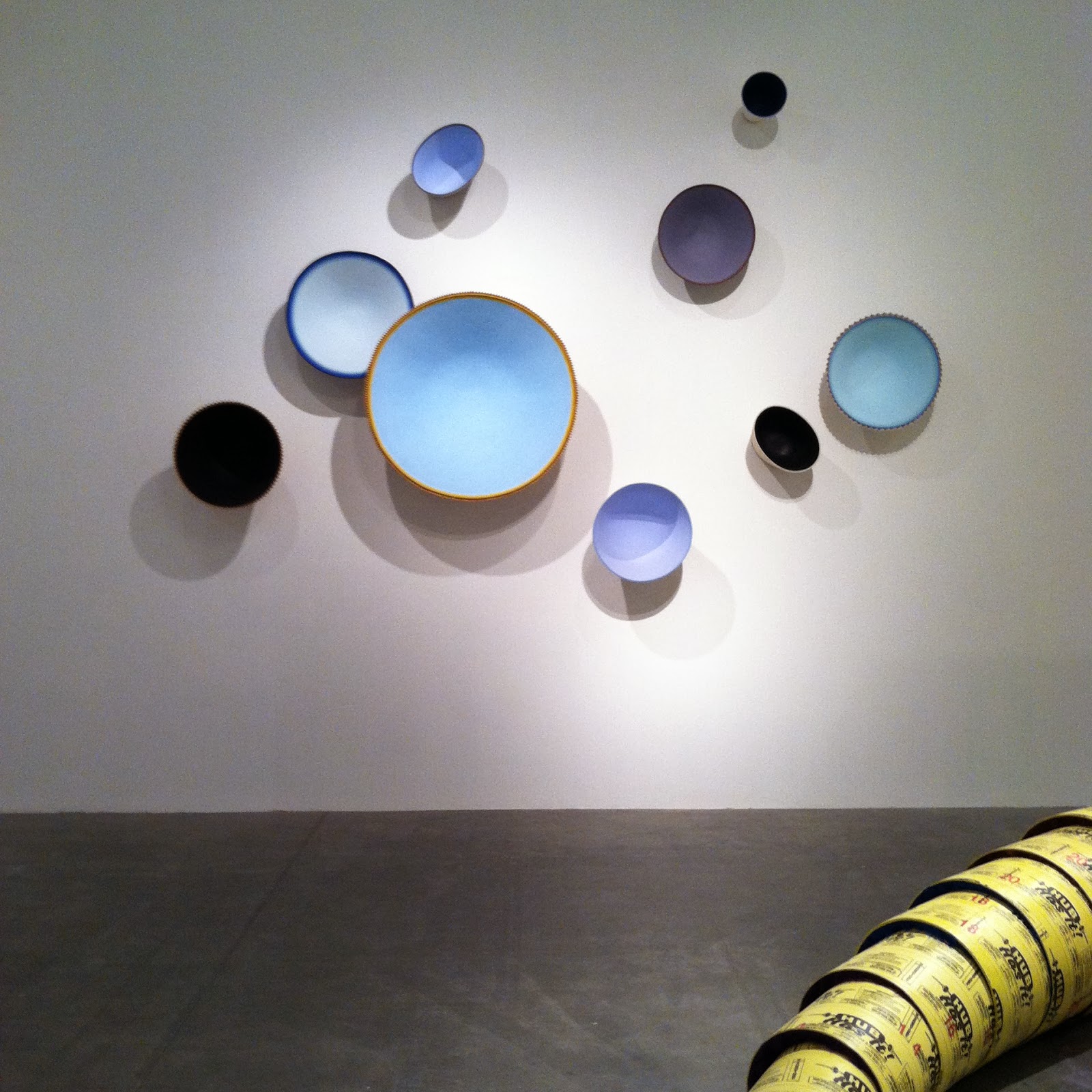 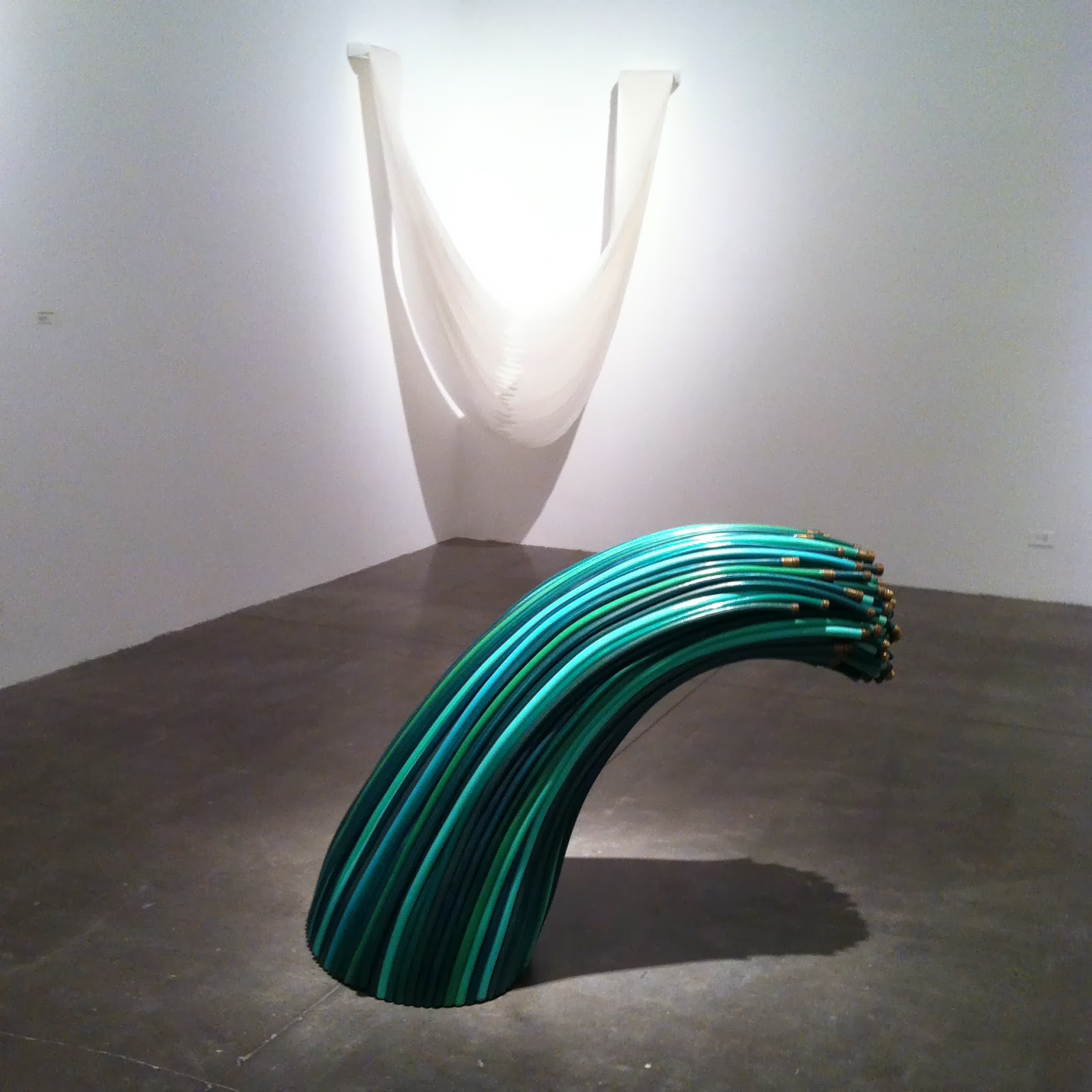 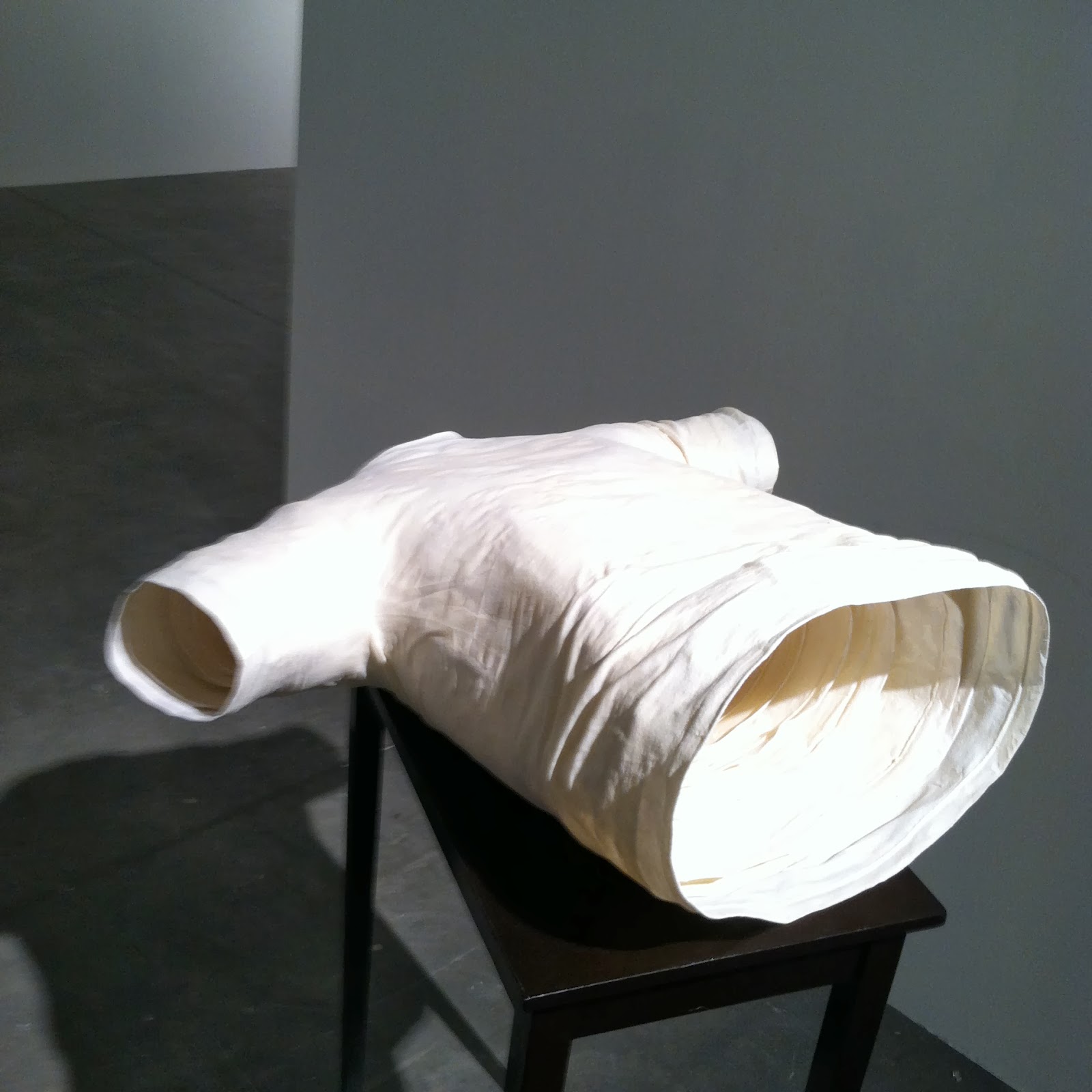 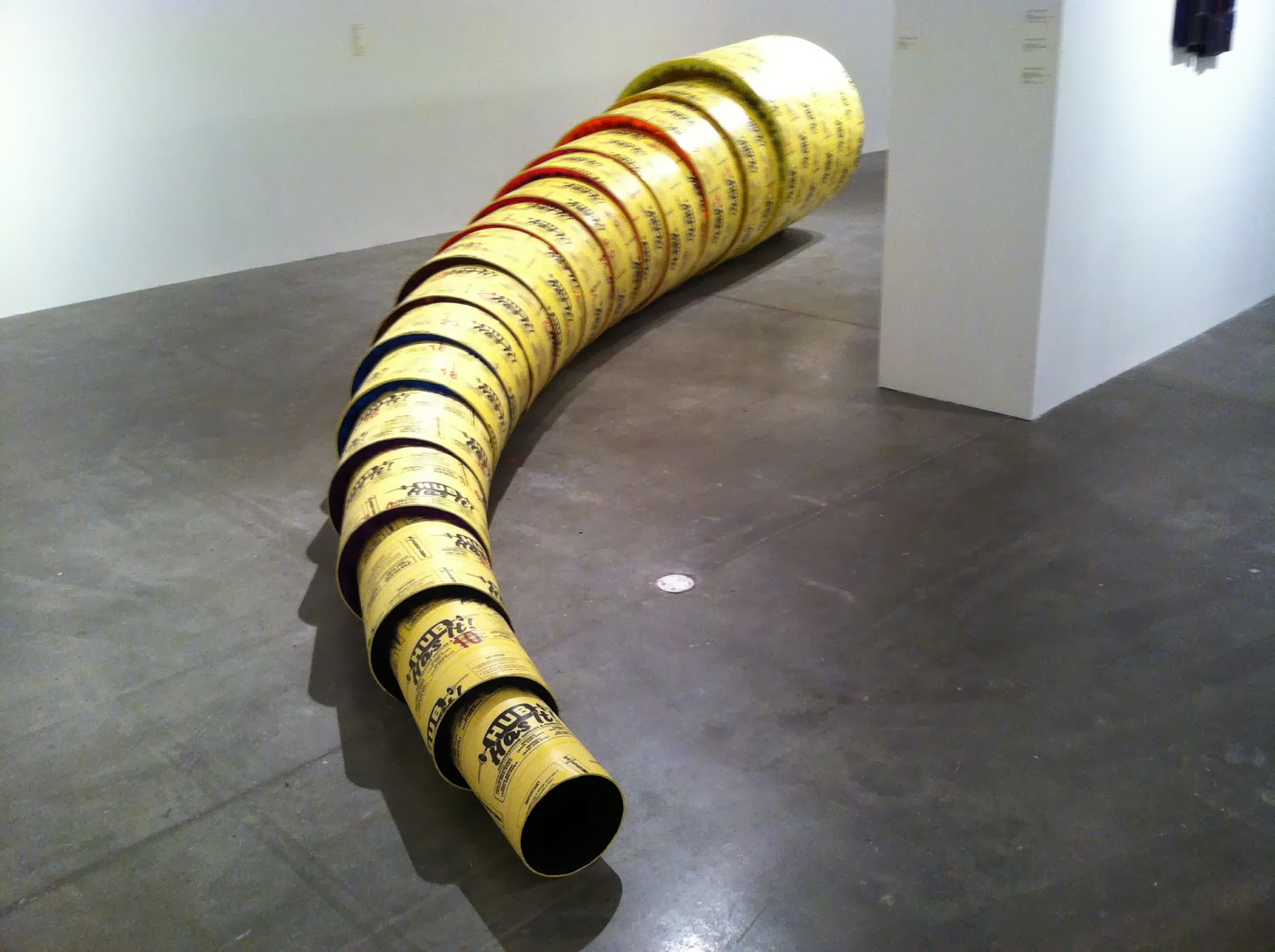 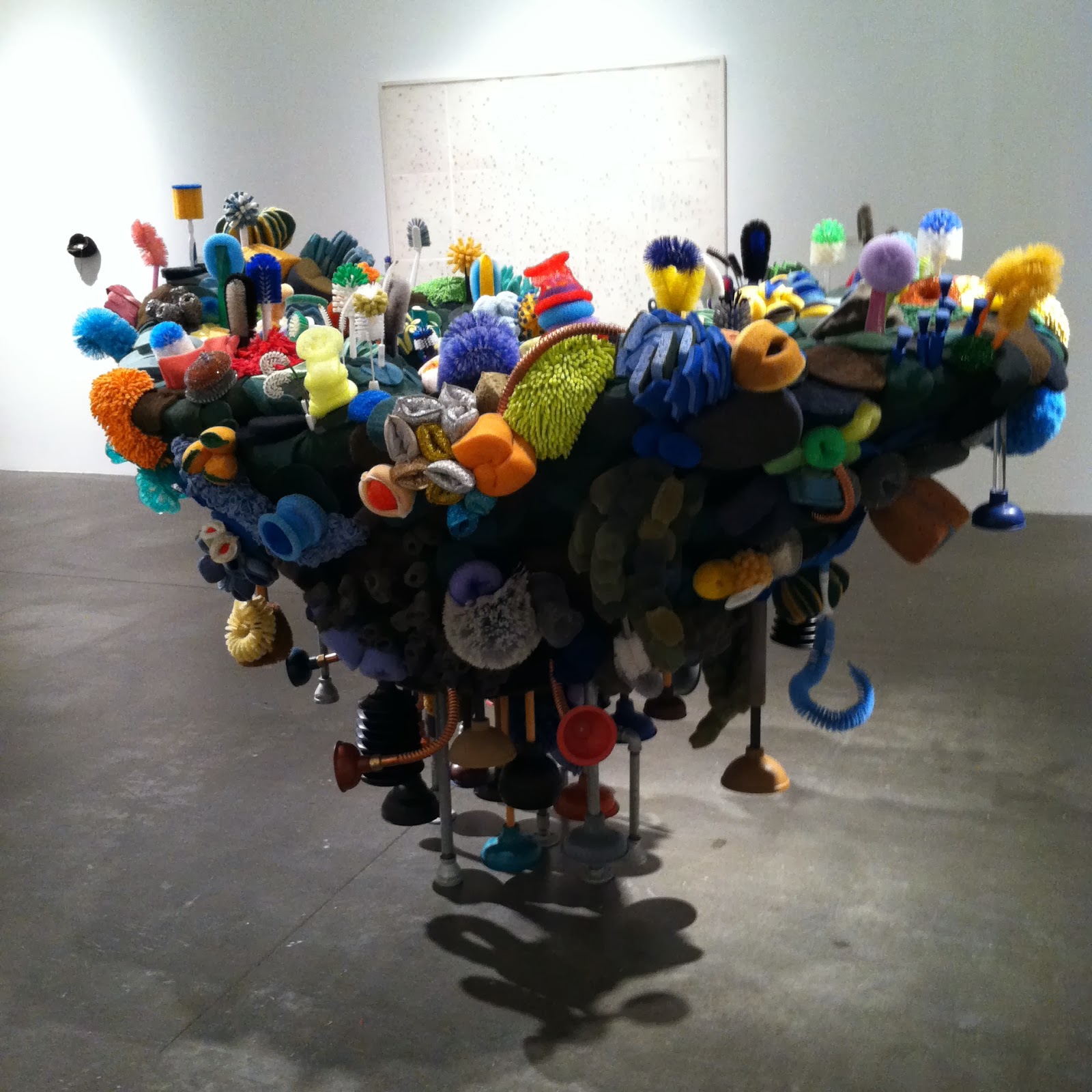 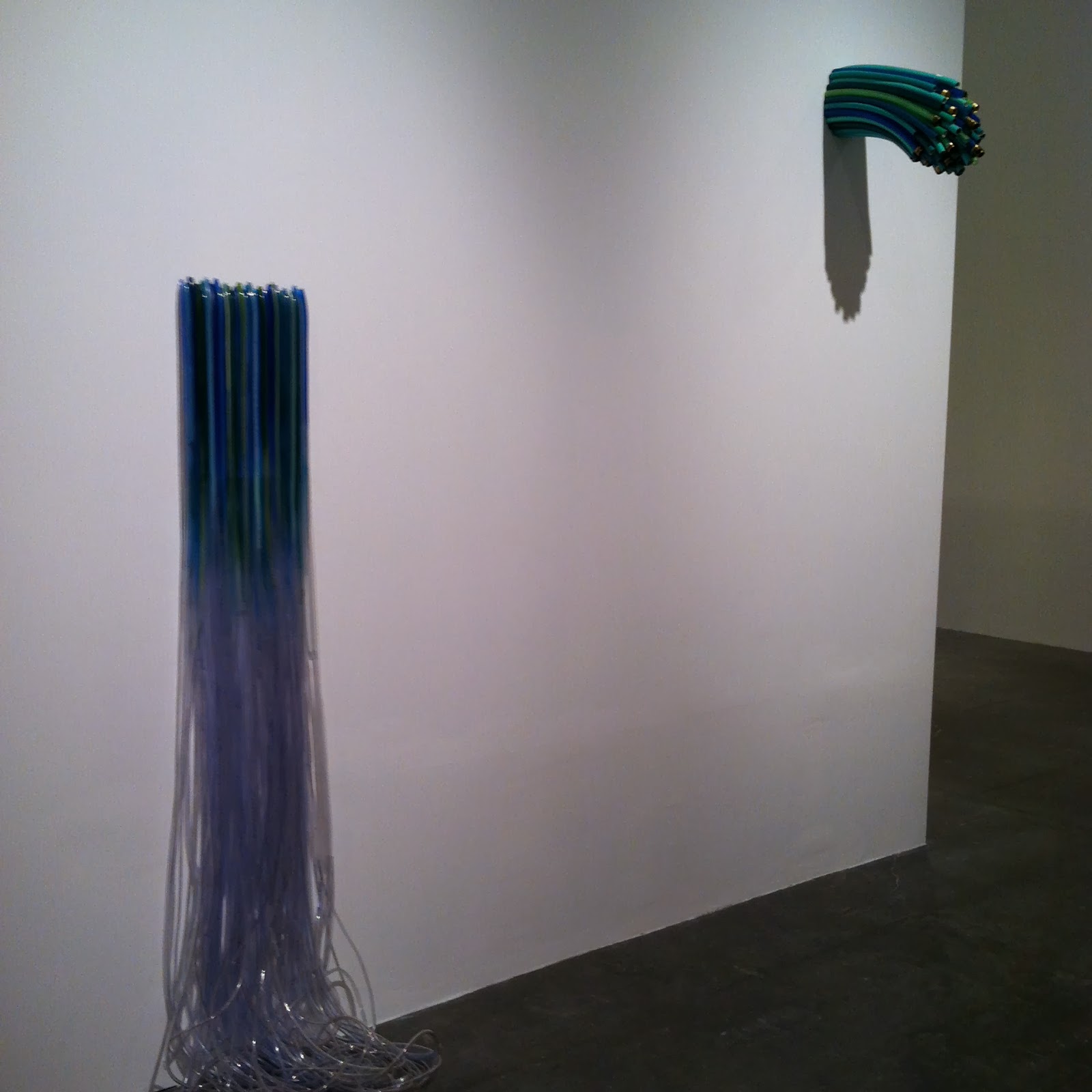 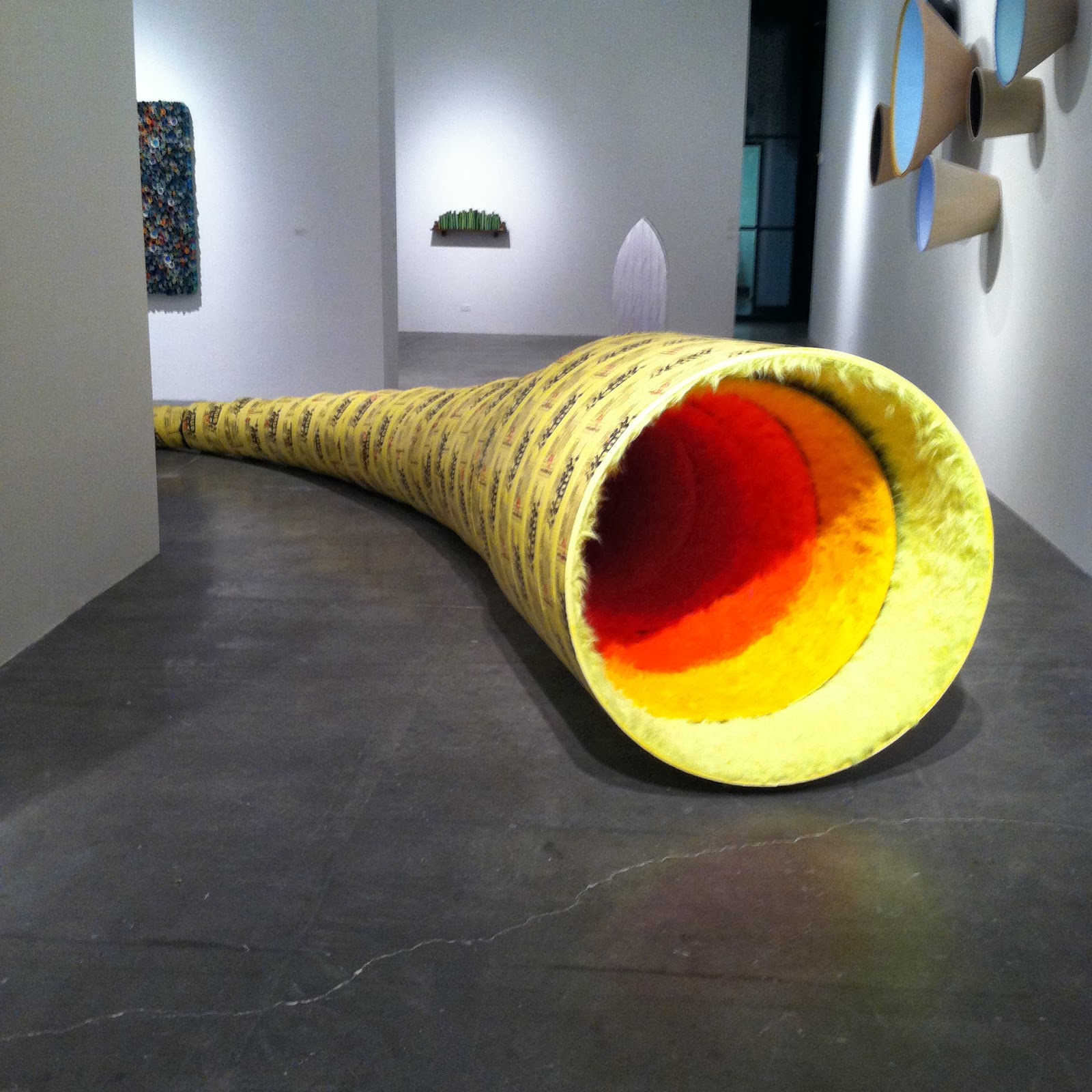 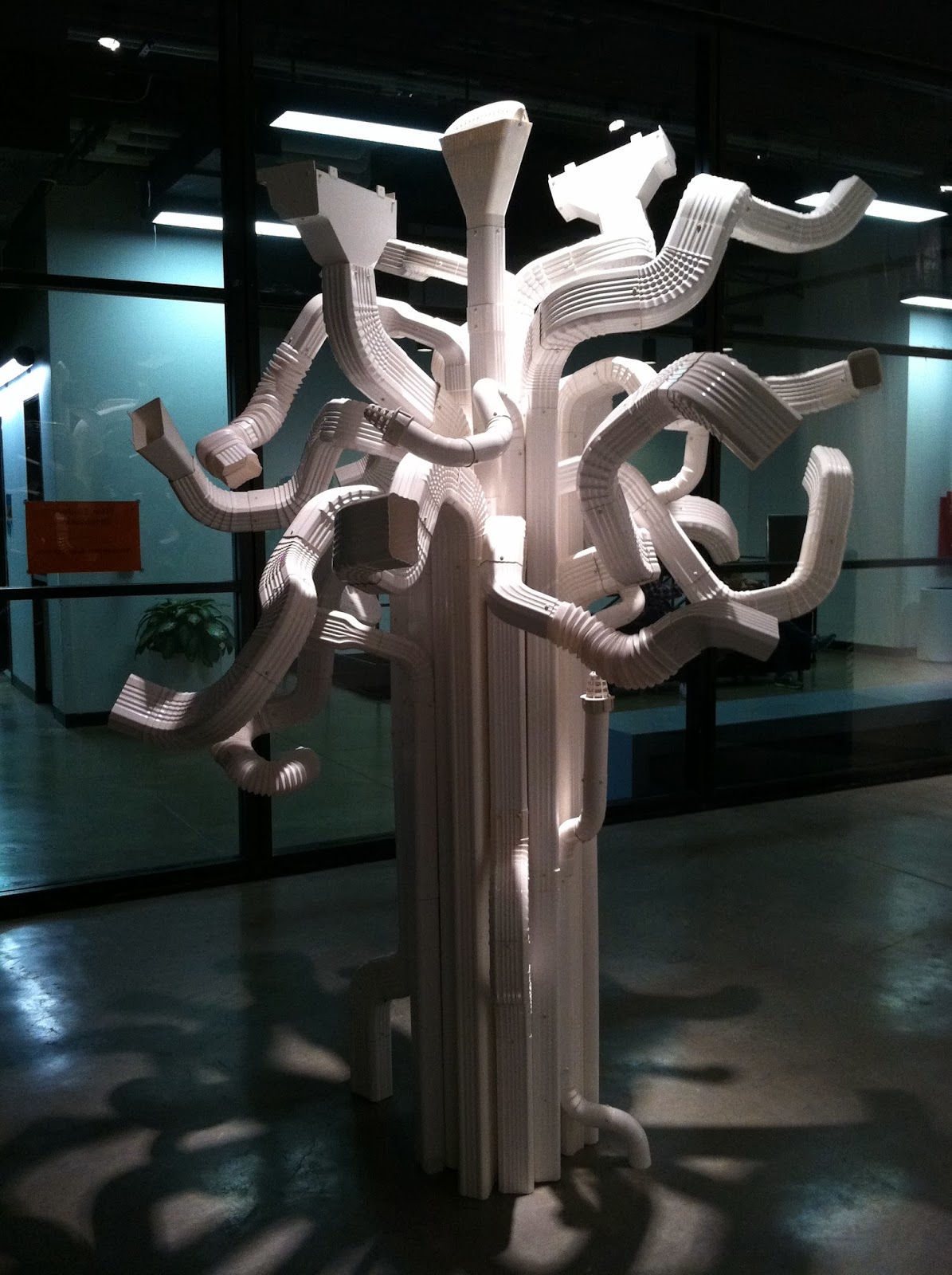 Happy New Year to all my followers and to those that visit. I am going to continue to cover the art world here in Los Angeles and all over the world throughout 2014. I want to thank everyone for reading and supporting this blog. It's been over 5 years since I started this labor of love. I have had over 60 thousand hits since I began and it keeps growing.  2014 is going to be a great year for art.

I am very excited about 2014. I am particularly looking forward to the Mike Kelly retrospective at the Museum of Contemporary Art, Los Angeles (MOCA), and the John Altoon retrospective at the Los Angeles County Museum of Art (LACMA). This year, I have decided to open this blog to guest contributors and writers. If you want to have a writing about art, or want to curate an online show or project on this blog, please feel free to email me, Mario Vasquez, mvasquez9@hotmail.com. In your email include a short proposal, and your contact information. I will let you know whether it will be posted.

Thank you again and I promise to give you great art from all over the world. 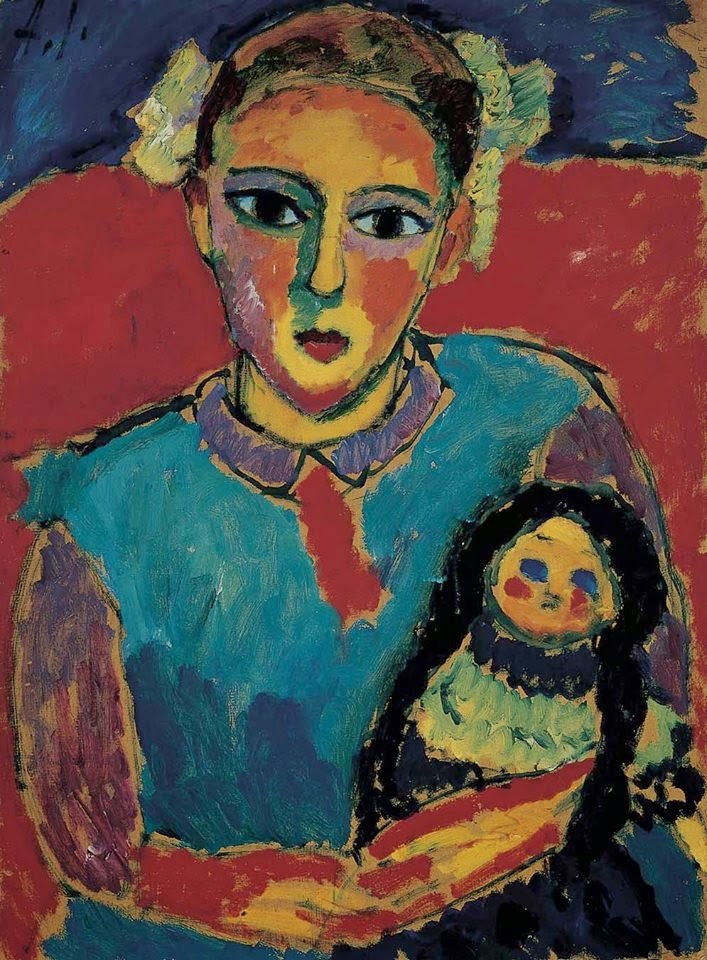 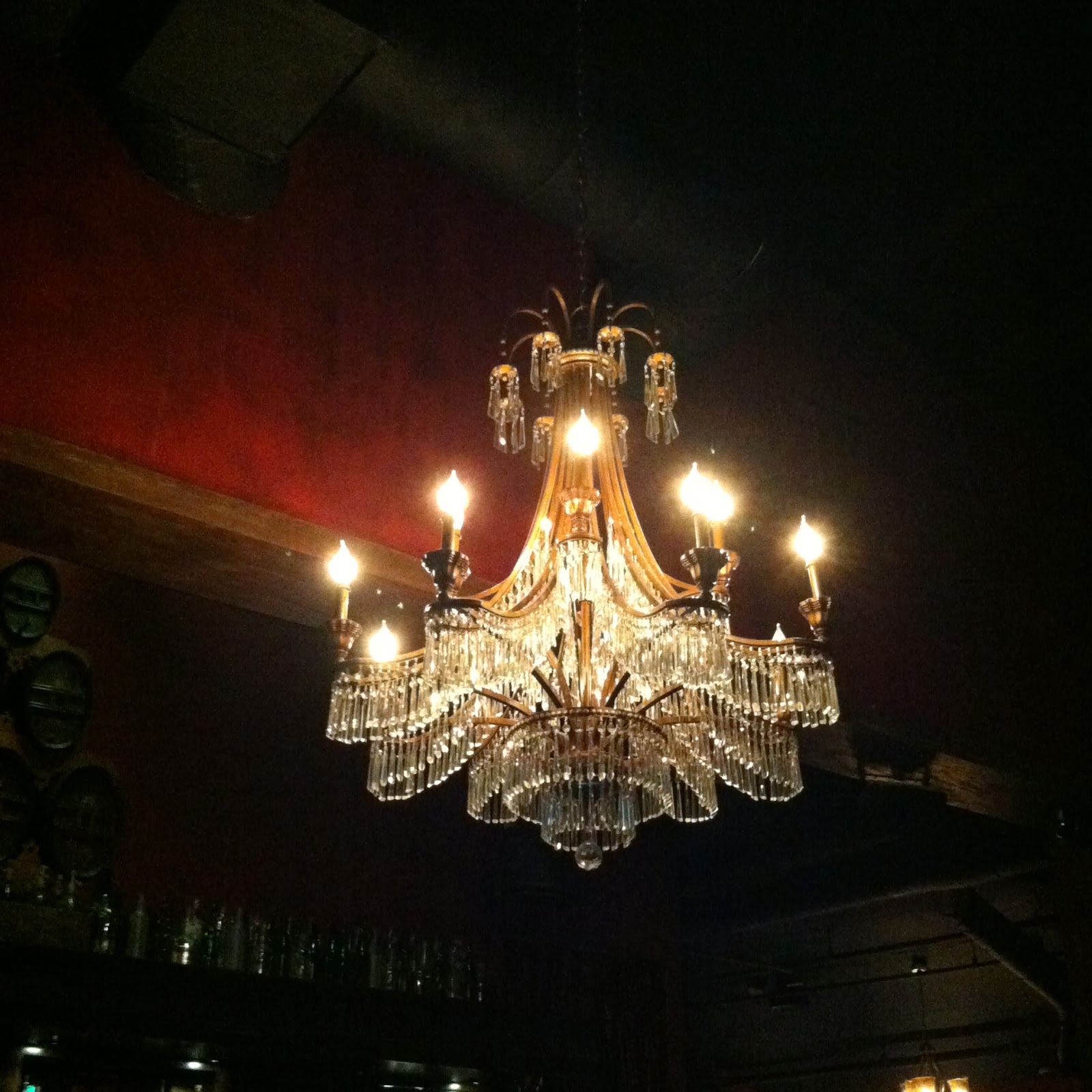