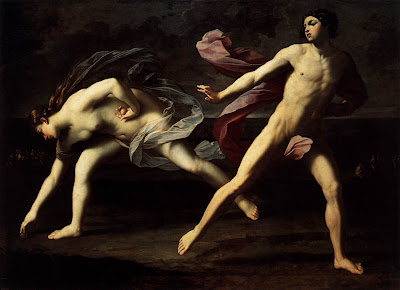 Abstraction and Abstraction at Bergamont: Philip Argent at Shoshana Wayne, Lavi Daniel at Rosamund Felsen, and Ed Moses at Frank Lloyd and Greenfield

My first stop was the Philip Argent show at Shoshana Wayne Gallery. Philip Argent emerged in the LA art scene in the mid 1990s with other abstractionist, such as Ingrid Calame, Monique Prieto, Chris Finley and Adam Ross. His abstraction derives from an exploration of digital aesthetics. Argent's palette is vibrant and radioactive. The paintings acts as landscapes of the digital mind where the viewer is confronted by the technological and the artificial. There is nothing organic about these works. They are instead works that pull the viewer in to a realm of the digital. Unlike Adam Ross, whose works are cityscapes, Argent paints the world of the digital from a complete virtual starting point. Excellent show and must see.

Next stop was Lavi Daniel's show at Rosmund Felsen Gallery. First of all, just the gallery announcement is worth getting. Whoever decided to photo the artist in their studio or home alone with works is a genius and really adds an artistic aura that connects the artist and the work in an amazing way. Lavi Daniel is a lyrical abstractionist, whose works create space by painting broad strokes of paint on the canvas. The colors are warm and his work has a subjective nature to them where the viewer connects via the color, composition, and brush strokes, which give a content and warm feeling. He creates that kind of space that is enjoyable to look at. Go see this show and don't forget to grab an announcement.

Ed Moses was showing at the next two galleries I went to. Frank Lloyd Gallery showed new works. While older works were being shown at Greenfield Sacks Gallery. The two shows acted like a mini retrospective of Ed Moses's work. Moses is a veteran LA abstract painter whose works have shown in major galleries and museums both here in LA and around the world. The older works at Greenfield Sacks seem fresh and compelling as if they were created yesterday. From the grid works of the 1960s and 70s to his works in the 80's and 90s, where he smudged paints and dragged composition created a visually enjoyable show to see. His newer works show a tilt towards decoration, where wallpaper like patterns are seen, while Hans Arp-like biomorph shapes cover the canvas. Overall Moses is an artist whose work remain relevant and important to the likes of the current abstract painters today.

Before going, I would like to recommend Phoebe Unwin at Honor Fraser.