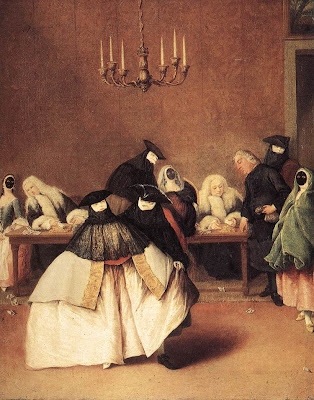 I want to start the second part of this three part post with a scene from the Academy Award nominated film The Reader, staring Kate Winslet. The Reader, set in post war Germany, is about a young man's relationship with an older women, played by Winslet, and the emotional consequences of that relationship when it is revealed that the women was involved in the Nazi horrors. The scene is set years later when the young man, now a student in law school is taken as part of a classroom assignment to a trial involving former Nazi guards who were accused of killing about 300 prisoners in their care. As he sat there unable to watch the trial, he all of the sudden hears a familiar voice. It is the lover he had fallen in love with when he was 15. A devastating revelation that has emotional consequences beyond his teenage heartbreak.

The movie scene illustrates the cultural climate of the 1960s and early 1970s. ( I will discuss the anti war protest in part 3). Three events or trends defined this period. The Berlin Wall was built in 1961 further solidifying the differences between both East and West Germany. German Art, from the West in particular, began its preeminent rise as a force in contemporary art. And Germany began to confront its Nazi past. With the German national dialog and self reflection beginning, this confrontation went hand in hand with the rise of Germany as a force for contemporary art.

Household names such as Sigmar Polke, Gerhard Richter, Anselm Kiefer and Joseph Beuys emerged from this period from West Germany. With the emergence of these famous artists, the same artists began to confront the Nazi past, particularly the Holocaust, with a vigor that still resonates today. The show has Gerhard Richter's painting, entitled "Unkle Rudi," 1965. The painting based on a photo of Richter's uncle, who is dressed in a Nazi uniform. This painting is an almost meditative piece where the artist confronts his own family's past and participation in the Nazi regime. Anselm Kiefer's painting of 1973, "Germany's Spiritual Heroes" confronts the Nazi past as a continuation of German history and mythology.

In the East, recent German history was almost muted by the Communist government. The East German government sought to portray the German people as victims rather than participants of the Nazi Holocaust and atrocities during the war. However, artists living the East were subtle about the Nazi past and coded their paintings so not not gain the attention of the government. Hautnig Ehenbach, "Burning Man," 1966 portrays a man on fire; a subtle hint at the concentration's camps furnaces. Wolfagang Matheuer, "The Scare," 1977, shows a man with his arm raised, but cut off at the forearm; hiding the Nazi salute. The other two figures are hold their hands over their eyes and ears; hear no evil, see no evil. The only artist to openly confront the Nazi past in both East and West is A.R. Penck. His works are highly expressionistic, coded so not to offend the communist party in the East, but upfront enough to participate in the open dialog and self examination happening in the West.

I would like to end with Joseph Beuys. Joseph Beuys sought to be an artist shaman, seeking to heal Germany from its past, in fact heal humanity from the violence of that time. Beuys' work always included felt. According to Beuys, while he was flying with the Luftwaffe in Russia, he was shot down and, when captured by Cossacks, they wrapped his body in felt to keep him warm. This event is always a marker, a starting point, in which the artist approaches his audience and work. Social sculpture, as Beuys calls it, seeks to inspire creativity and political agency to transform society. Beuys was a departure from artist like Richter and Kiefer, in that he sought not only to confront, but to heal and transform the society.

In Part 3, I will discuss the Red Army Faction terror, the end of the Cold War, and unification of Germany.
at March 16, 2009 No comments:

The following interview was conducted via Facebook between March 2, 2009 and March 16, 2009. Lauri Firstenberg was the curator for the 2008 California Biennial.

Mario Vasquez
March 2 at 7:44pm
Hi Lauri, Here is the first question.
Let's first start with the critical reception of the Biennial, what surprised you about the response to the
biennial?


Lauri Firstenberg
March 2 at 9:47pm
not a surprise but perhaps curious that a model of expansion - a curatorial concern for expanding context and
expanding audience was taken by selected critics as chaotic - since they themselves were not going to see the
biennial as a totality - without examining the politics of site and our desire to open up the biennial to disparate
audiences
it is interesting that the biennial was deemed by selected critics as solely of the art world for the art world
particularly when the biennial opened at such a crucial moment in our social and political history


Mario Vasquez
March 2 at 9:54pm
Do you see this as a contradiction? On one hand the biennial was intended to be a biennial to be seen by a wide
arrangement of audiences. But at the same time, the biennial could not be seen by everyone since geographcally it
was so spread out throughout California.


Lauri Firstenberg
March 4 at 12:18am
not at all
there are a series of intimate encounters in various locations
oftentimes experimental locations
to create interaction and dialogue with a host of individuals outside of the museum context
audiences have choices in a dispersed situation like this
i found the response to be quite conservative in this regard


Mario Vasquez
March 4 at 7:40am
Thank you for addressing that issue regarding the sites for the biennial. Here is my next question. Since the
Biennial opened, California and the nation has gone through some dramatic changes both economically and
politically. Did anything in the way you see the show change as a result of these events? Were there any particular
artist in the biennial where their work was enhanced in the way you saw them as they related to all the changes?

Lauri Firstenberg
March 4 at 12:02pm
I think that there is a tone to the exhibition and to many of the artist's work that speaks to an anxiety and
urgency of what was to come relative to this election and the concerns around the political climate ...since the
exhibition was deliberately non thematic and responded to concepts and concerns taken up in selected artists's studios.
I think the exhibition responded to these tensions and political concerns and the discussions that resonated
between artists and artworks...
Reading and meaning of works may change according to ones own political leanings - for example the signification of
Felipe Dulzaides V for victory - a graphic appropriated from sixties and seventies Cuban propaganda - on the facade
of the museum stood as a provocation of potential before the election when the show opened and now has multiple
meanings for different viewers.


Mario Vasquez
March 4 at 12:20pm
One last question. As a curator, now that the biennial is about to end in the next few weeks, what have you learned
as a curator for a biennial? Is there anything you would have done differently? Finally, are there any artist that
you look back on that you would have added?


Lauri Firstenberg
Today at 10:02pm
i wish i could answer your question fully
how i feel about biennials should be better left unsaid at this moment, perhaps more distance is necessary
but more productive, perhaps is to ask artists about their biennial experience and if such an endeavor has value
for them...
i think many lessons were learned all around
i have so much respect for so many of the artists involved and the work they produced was extraordinary on multiple
levels

Iva Gueorguieva is an expressionist. I make this proclaimation with a sense of joy because I believe that her work injects an energy and vitality to expressionism that has not been seen in awhile. The exhibition, enititled "A Rough End to Stony Sleep," shows recent paintings and drawings and is currently showing at Angles Gallery in Santa Monica. Gueorguieva is a master at energy. But the energy not only of the canvas and the brush strokes., but also an apocalyptic energy where the landscape is in constant flux of both destruction and rebirth. The best work in the show is large painting entitled Three Sisyphuses Enter The City, portray a landscape, maybe even a cityscape, being subject to a change that is both destructive and beautiful. I am reminded when looking at her work of a German Expressionist of the early 20th Century named Ludwig Meidner. Meidner's series of paintings entitled Apocalyptic Landscapes, really speaks with Gueorguieva's paintings. I really enjoyed this exhibition and recommend seeing this show. To view works from this show, please go to the Angles Gallery website, www.anglesgallery.com

Here is a quick update of what will be posted in the next few days. I am working on Part 2 of the 3 part series about the Art of Two Germanys at the Los Angeles County Museum of Art. Part 2 will cover the 1960s and then the 3rd and final part will cover the 1970s and 80s. I will also have an exclusive interview with Lauri Firstenberg, curator for the 2008 California Biennial. The interview will be an assessment of the past five months since the biennial opened. Lauri will share her thoughts about the public and critical reactions. If you have any questions, feel free to contact me at the email on my profile. Thank you for your patience. 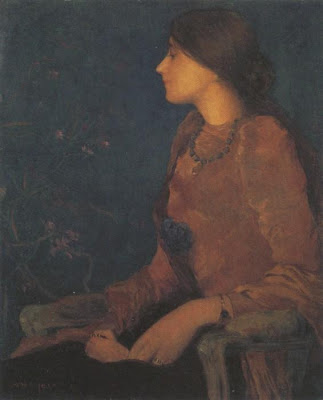 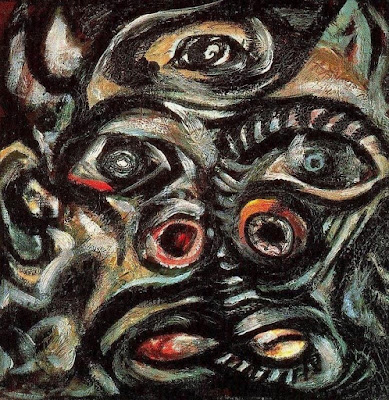