Mie Olise Kjaergaard's latest solo exhibition "Bastard Monuments" at Samuel Freeman Gallery explores the tension between stability and collapse. Architecture, as it is known and it's basic essence, is about the creation and building of shelter. The shelter can be home, a work place, or a place of social interaction and activity. The work in "Bastard Monuments," stylistically recalls both early 20th century German Expressionism, and Neo Expressionism of the 1980s. Kjaergaard employs these styles to explore both the past and current economic and political structures that have both collapsed or on the brink of collapse; a chaos that contradicts the idea of stability.

In her paintings, Kjaergaard explores DW Griffith's movie "Intolerance." "Intolerance" was a box office failure, despite being a movie created after Griffith's box office successful and racist "Birth of a Nation." "Intolerance" becomes a monument to both success and failure. Thus the tension between the stability of a successful venture, and the collapse and failure of redemption becomes evident in Kjaergaard's work. The paintings show imaginary cityscapes of columns with elephants on top and ancient buildings. These were part of the dream and imagination of Griffith. Kjaergaard employs conceptual strategies to make connections between the stable and unstable. To the viewer familiar with Hollywood, the paintings look like the Hollywood and Highland shopping center. Instead of exploring a current monument of commerce and tourism in the heart of present day Hollywood, Kjaergaard is examining a chapter of film history where attempted redemption turns into a monument of failure.

In looking at recent history, Kjaergaard did an exhibition and residency in Venezuela, where the economic, social, and political situation is actually on the brink of chaos. Kjaergaard explored abandoned skyscrapers, which were never completed and left to deteriorate. Instead of leaving them to decay, the people in Venezuela reuse these abandoned skyscrapers as places to live despite no running water or heat. The image of the pineapple plays a prominent role in the exploration of these abandoned and reused buildings. Thus the title of "Bastard Monuments"  and the work takes the skyscraper from being a monument to progress to a monument of collapse.

Kjaergaard's "Bastard Monuments" is an excellent exhibition of painting, sculpture, and installation. Relying on tensions, dichotomies, and by making connections between the past and current conditions, Kjaergaard gives the viewer a thought provoking look into a thinly veiled illusion of stability. 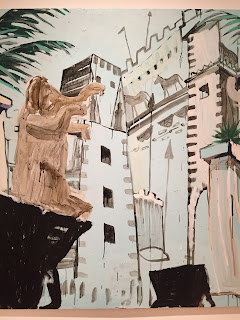 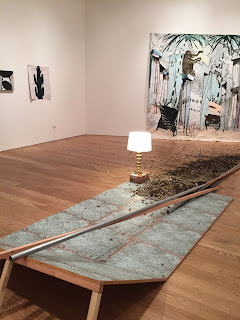 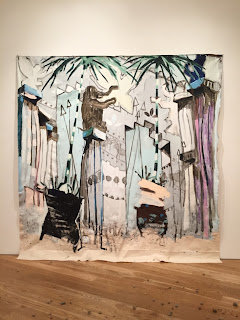 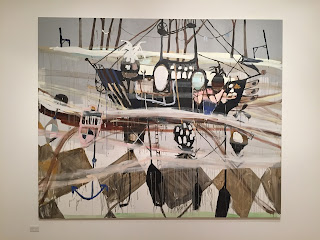 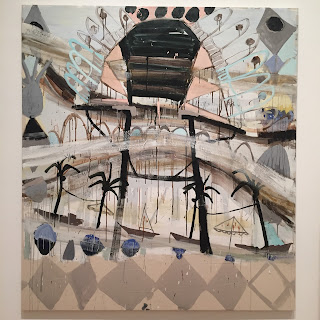 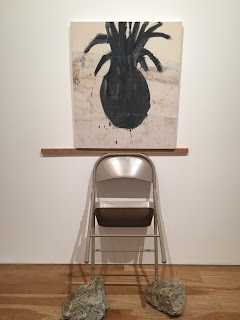 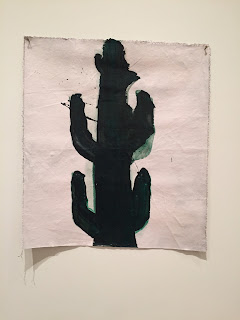 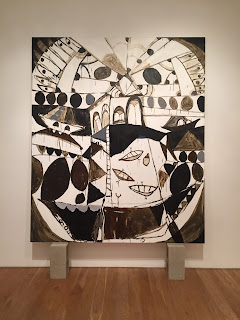 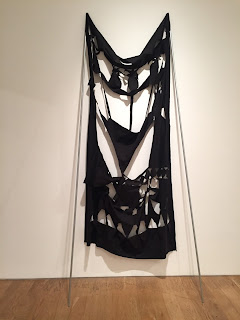