The central concept of these new works is a state of heightened awareness brought forth by the layering of two conditions… a life under threat of forgetfulness, and the collision between what one hopes and what happens. – Enrique Martínez Celaya

Martínez Celaya’s recent paintings and sculpture have rich narrative content that ranges from the grand to the seemingly insignificant. Each work conveys its own reality. They also interact with the other paintings and sculptures in the exhibition, offering a kaleidoscope of images as if drawn from an epic tale. Some images in the paintings belong to the imagination of a child: including ships, tigers, unicorns, dogs and birds. Other images, often in the same work, are associated with an experienced world vision: sea, ice, landscape, bullfighters, death. The friction that emerges amid these references incites surprise and nostalgia.
During the years I have been working on this exhibition, I have been influenced by reflections on the life of Robert Frost, the writings of Karl Jaspers, Jean-Paul Sartre, and Hermann Ebbinghaus, Arthur Schopenhauer’s essay On Suicide, toys, and the design of Chinese night lights for children’s rooms. The biggest influence, however, was observing the twists and eddies of the movement of time. – Enrique Martínez Celaya.

The title of the exhibition: The Hunt’s Will, refers to the overarching theme that imbues the work: The tension between will and choice, and how identity and longing binds this aspirational or traumatic discord. Each painting and sculpture conjures an ephemeral reality that draws on the ambiguous and mysterious forces at play as we move through life, while overlaid with accumulated memories. In the words of writer and curator Rosanna Albertini, “Enrique Martínez Celaya’s visions emerge from the unwritten layers of his pre, or unconscious mind, filled with stories that are neither matters of memory, nor matters of fact.”

Martínez Celaya creates his paintings using oil and wax, which he applies to the canvas in direct, mostly flat, thin layers. This process gives an archeology to each work, enriching the surface with light. The new paintings explore a wider range of color than previous works, and while most are large in format, overall they range in scale from the monumental (132 x 180 in. / 335 x 457 cm) to the intimate (18 x 14 in. / 45.7 x 35.6 cm). The sculptures are cast in bronze.

Born in Cuba, Martínez Celaya spent much of his childhood in Spain and Puerto Rico. As a young boy, he developed an interest in art, science, philosophy and literature, which led him to study Applied and Engineering Physics at Cornell University, and pursue a Ph.D. in Quantum Electronics at University of California, Berkeley. He attended the Skowhegan School of Painting and Sculpture in Maine, and received his M.F.A. from the University of California, Santa Barbara. Martínez Celaya was Associate Professor of Art at Pomona College and the Claremont Graduate University (1994-2003), and is currently Visiting Presidential Professor at the University of Nebraska, Omaha. He has also taught at the Anderson Ranch Arts Center workshop for many years. Honors include the California Community Foundation Fellowship, J. Paul Getty Trust Fund for the Visual Arts, the Los Angeles County Museum of Art’s Here and Now Award, the Hirsch Grant, and Anderson Ranch National Artist Award. In 1998, Martínez Celaya founded Whale & Star Press, a publishing house which distributes its books internationally.

In July 2012, at the invitation of The State Hermitage Museum in St. Petersberg, Russia, Martínez Celaya installed his 15-feet (4.5 m) tall bronze sculpture The Tower of Snow, 2012 in the Great Courtyard of the Winter Palace. The sculpture will remain on view through November 2012, and thereafter will be exhibited at the Konsthallen Strandverket på Marstrand, Sweden as part of their permanent collection. The Tower of Snow pays tribute to Operation Pedro Pan, an organization that brought thousands of Cuban children to the United States from 1960-1962. In honor of their 50th anniversary, another version of the sculpture was dedicated at Miami Dade College (MDC) in October 2012, where it will reside adjacent to the MDC Freedom Tower, facing the port of Miami. 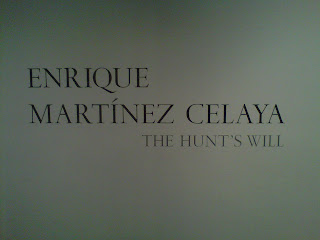 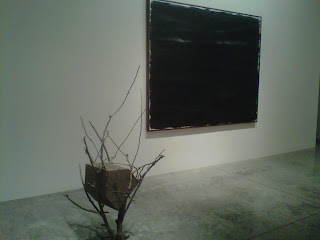 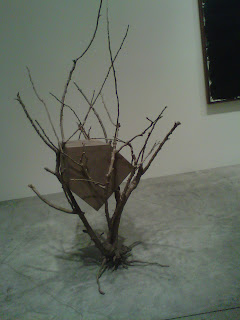 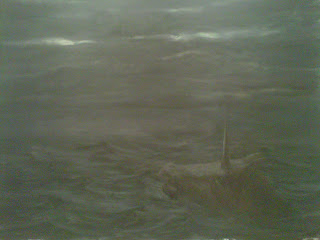 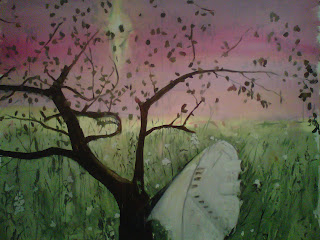 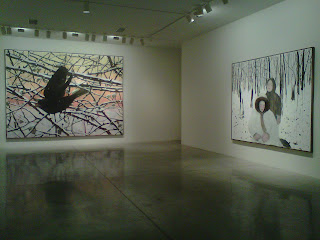 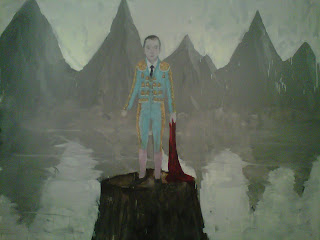 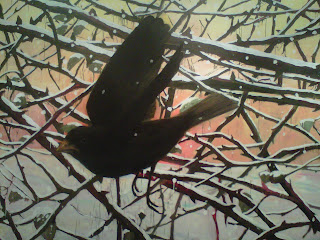 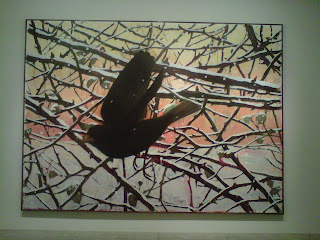 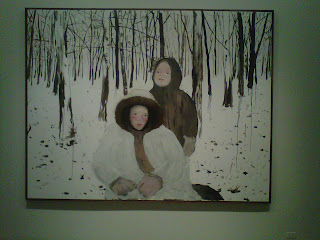 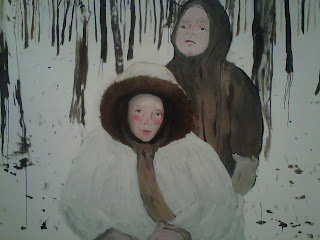 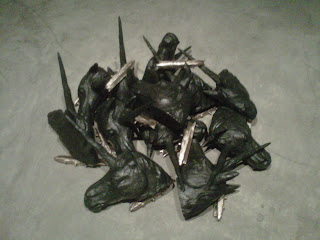 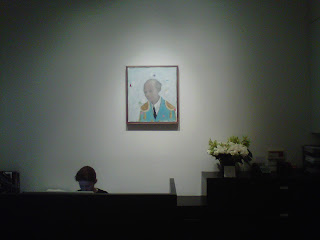 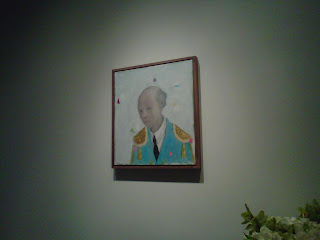 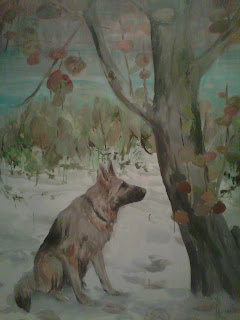 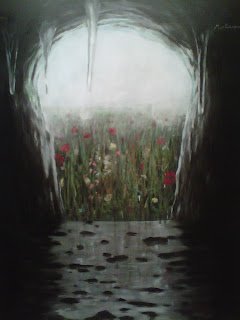 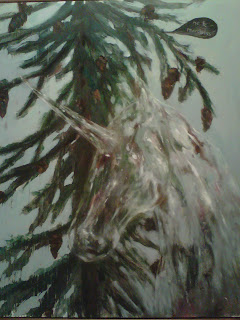 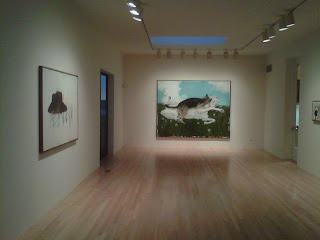 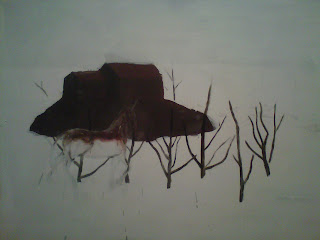 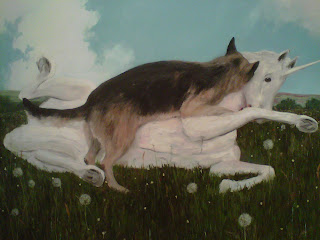 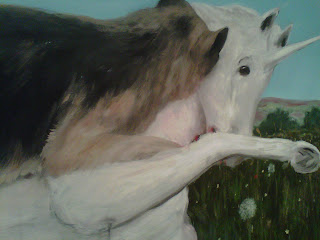 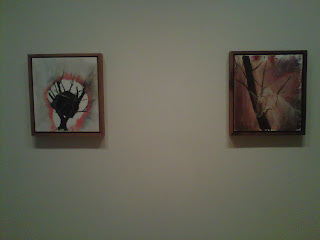 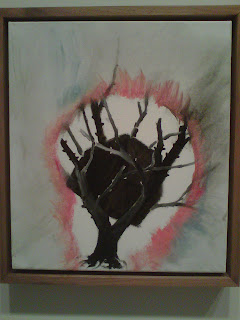 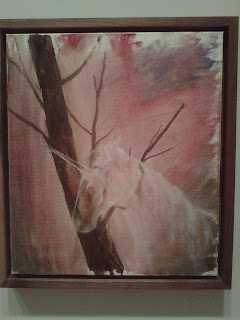 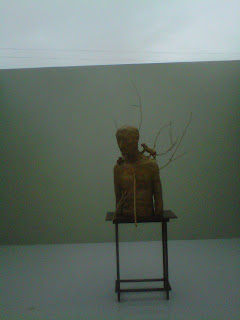 What an interesting blog, introduced by a thought-provoking photo. The unusual wall painting of the dwellings is also a strangely modern interpretation. Something like this hieroglyphic view of a park by Swiss painter Paul Klee, http://EN.WahooArt.com/A55A04/w.nsf/OPRA/BRUE-8LT475.
The image can be seen at wahooart.com who can supply you with a canvas print of it.