BALLYHOO HULLABALOO HABOOB is Rosson Crow's second solo exhibition with the Honor Fraser Gallery. Exploring the intimate psychological and emotional dimensions of nationalistic collective memory, Crow creates a series of works that take as a point of departure the exuberance and sobering aspects of past and recent gilded eras. Known for her theatrical and lush paintings that often feature decadent interiors, this new investigation marks a shift in the artist's artistic process, tensely negotiating representational depictions and mnemonic interplay in painting. Rather than reproducing imagery associated with particular temporal and locational circumstances, the artist taps into mythologizing narratives, personal memories, and familial anecdotes to execute a psychoanalytic excavation of historical periods.

From bleak Dust Bowl towns to celebratory tickertape parades, Crow's paintings are emblematic of American growth and decline. The exhibition's title in part implies the pitfalls of such self-congratulatory excitement. In the tickertape canvases, the skewed perspectives and atmospheric maelstroms of staccato brushstrokes push to a near-abstraction. Emptied of figures, these works only obliquely refer to specific historical references, and often contain little narrative coherence in terms of space and structure. In representing the actual event so abstractly, the attention no longer focuses on what is depicted, but rather the feeling of a distinctly American bravado and celebratory energy that teeters on the verge of disorder and chaos. The show's title also connotes the cyclical nature of American frenzy and loss with "haboob" (Arabic for huge sandstorm), which refers to both the Depression's Dust Bowl and the recent massive dust-storms of the southwest. Working with a much darker palette, these paintings chart the quiet forlorn mood that accompanies economic obsolescence.

I absolutely loved this show. Rosson shows a mastery of both color and composition with the use of black, browns, and whites with images derived from the past.Her earlier works used deep colors with graffiti texture that populated the canvas with images of both past and present cultural icons that resonate a sense of decay. The images in this show display an uneasiness. Rosson's new paintings walk a tight rope between American optimism and Contemporary pessimism that leaves the viewer with a sense of deep contemplation. I left with the sense that Rosson leaves the question open and allows the viewer to draw its own conclusion. A definite must see. 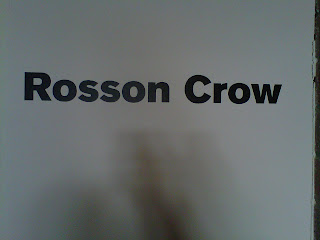 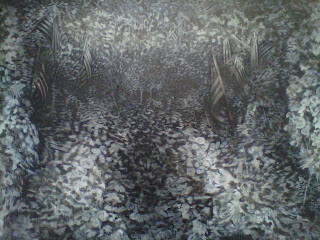 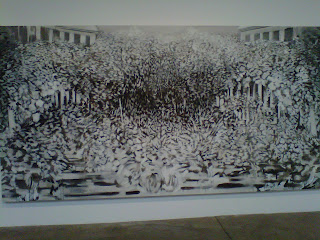 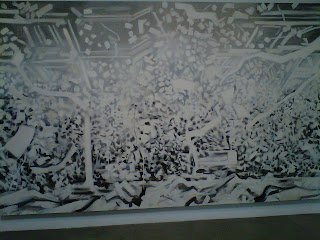 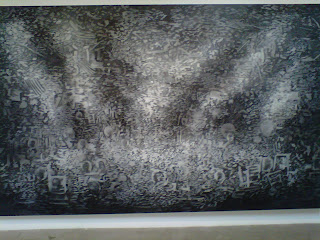 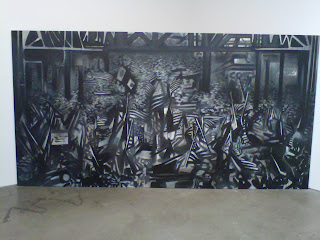 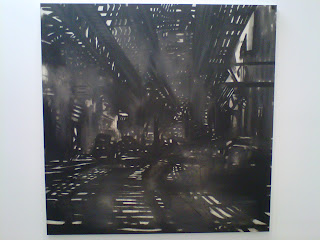 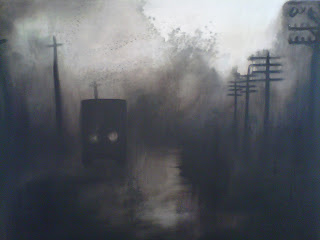 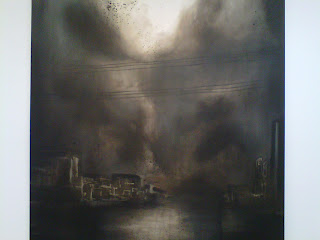 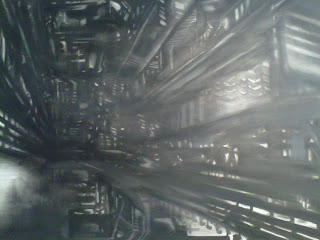 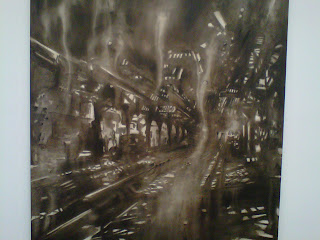 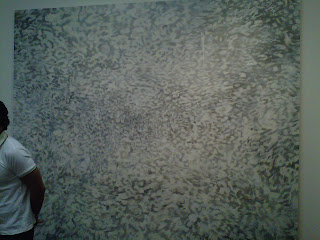