German artist Daniel Richter's second show at Regen Projects entitled "A Concert of Purpose and Action,"  includes bold, new paintings that explore the boundaries of social order against the backdrop of anarchic disorder. Richter's works reference war, abstraction, rock and roll, history, our shared recent past, and the political present. The exhibition title is derived from Woodrow Wilson's 1917 declaration of war on Germany, where the US President describes the role and purpose of America in relation to freedom and democracy worldwide. Richter's large-scale paintings question the context of history painting in a society whose historiographic idea of progress has been significantly altered, hence Richter's lone, heroic figures depicted singularly or in an ecstatic mass. These protagonists embody the various contradictions presented by the work: fear and joy, darkness and light, paranoia and security.

Within these strikingly colorful and exuberant works appear inhabitants of a mountain region whose landscape is composed of abstract patterns that reference natural or geological systems. Drawing from a complex visual vocabulary, Richter's nomadic spaces allow for the intersections of exoticism, myth, and reality. The concept of the sublime in Richter's large-scale tableaux characterizes contemporary natural landscapes that are inundated with an ideology from which their greatness is derived, both splendid and terrifying.

"Daniel Richter's paintings of the last ten years have often been set in urban Western context and informed by a notion of the apocalyptic. No less construed, though, than the mountains, plains, and trails of the places we contemplate here. The ambiguity of the scenery balances between the hallucinatory appearance of the Taliban figures and the sleepwalking guerrilla-guitarist on the one hand, and the strikingly uneventful splendor of the landscapes on the other. Nothing really happens in this uncanny mix of beauty and terror, and that being so, it makes the work an immediately identifiable texture woven of the unbroken thread of inexplicable violence, paranoia and often-inappropriate heroism that runs through Richter's work."
(Kold, Anders, "Itzi Bitzi," 10001nacht, Koln: Snoeck, 2011, p. 74)

Richter's work has been the subject of numerous solo exhibitions worldwide, including the artist's most recent show at the Kestnergesellschaft, Hanover, Germany. A major survey of the work opened in 2007 at the Kunsthalle in Hamburg and traveled to the Gemeentemuseum Den Haag, The Netherlands; the Centro de Arte Contemporáneo de Málaga, Spain; and the Denver Art Museum, Colorado, USA. In 2010, Richter designed a series of stage sets for the Salzburg Opera's production of Lulu in conjunction with his solo museum exhibition at the Rupertinum Museum of Modern Art, Salzburg, Austria. In 1998 he was the recipient of the prestigious Otto Dix award, and in 2002 the Hamburger Bahnhof in Berlin awarded Richter the Preis der Nationalgalerie. 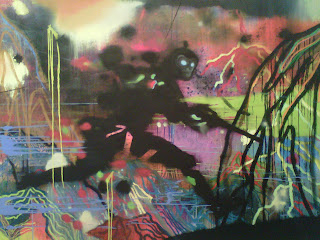 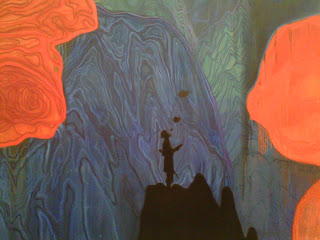 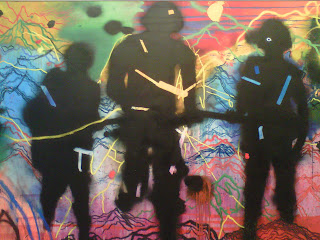 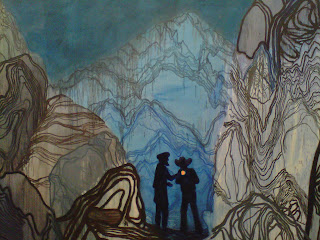 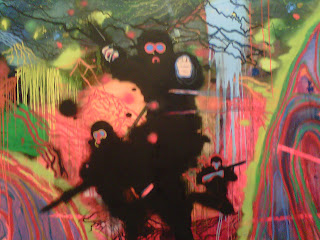 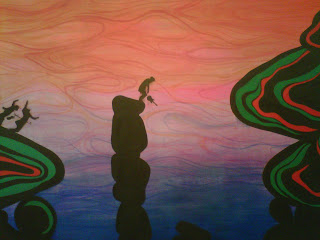 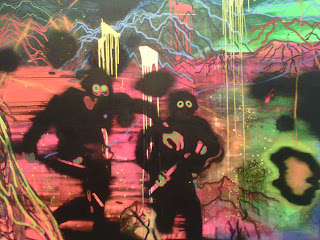 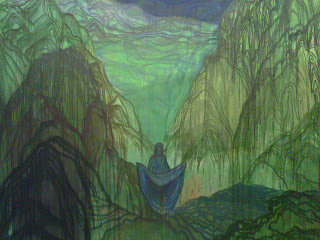