Blum & Poe is very pleased to present new paintings, prints, and tapestries by Chuck Close. This landmark exhibition is Close’s first one-person show with Blum & Poe and represents the most significant body of work assembled in Los Angeles in sixteen years. Featured will be new large-scale oil paintings of artists Kara Walker, Laurie Anderson, and Zhang Huan; works from Close's ongoing self-portrait series; intimately scaled portraits of musician Paul Simon and arts patron Agnes Gund; a collection of prints; and immaculately crafted Belgian Jacquard tapestries. The exhibition offers a unique opportunity for viewers to experience Close’s stylistic range and technical capacity, while providing a deeper understanding of the human portrait.
Close’s nearly 50-year exploration of the human portrait is staggering in its breadth and level of dedication. Rather than landscapes or everyday urban scenes, Close has focused on his own image and those of his peers, differentiating his practice from photorealistic painters. His early paintings were predominantly large-scale and executed in acrylic on canvas. He has since evolved a process whereby these portraits begin as photographs, which are enlarged, transferred, and gridded on the canvas, allowing Close to work with his brush meticulously inch by inch.

Close moves freely between painting, photography (both analog and digital), numerous modes of printmaking and drawing, and most recently the art of Belgian Jacquard tapestry weaving. In an effort to capture his subject’s essence, Close has become fluent in myriad techniques, both traditional and exploratory. In 1972, his artistic practice extended beyond the canvas with an introduction to printmaking at San Francisco’s Crown Point Press. Following that collaboration, Close endeavored to expand his contribution to portraiture through the mastery of such varied drawing and painting techniques as ink, graphite, pastel, watercolor, conté crayon, finger painting, and stamp-pad ink on paper; printmaking techniques, such as Mezzotint, etching, woodcuts, linocuts, and silkscreens; as well as handmade paper collage, Polaroid photographs, Daguerreotypes, and Jacquard tapestries. His astonishing proficiency in a diverse range of media has firmly defined each new body of work as unique and progressive for its time.

Chuck Close (b. 1940, Monroe, WA) lives and works in New York. He received his B.A. from the University of Washington, Seattle and his B.F.A and M.F.A. from Yale University School of Art and Architecture. Throughout his distinguished career, he has been the recipient of many honors, such as the American Academy and Institute of Arts and Letters Award in Art (1991), election to Fellow of The American Academy of Arts and Sciences (1998), and the National Medal of Arts from President Clinton (2000). He has been honored with numerous retrospectives, including Close Portraits, held at the Walker Art Center, Minneapolis (1980-81), which traveled to the Whitney Museum of American Art, New York; Retrospektive, at Staatliche Kunsthalle, Baden-Baden (1994), later presented at the Lenbauchhaus Stadtische Galerie, Munich; and most importantly Chuck Close, held at the Museum of Modern Art, New York (1989-99), which traveled to the Museum of Contemporary Art, Chicago, Hirshhorn Museum and Sculpture Garden, Washington, D.C., Seattle Art Museum, and Hayward Gallery, London. Close’s work is in the permanent collection of over 70 public institutions worldwide, including the Art Institute of Chicago; Carnegie Museum of Art, Pittsburgh; Hirshhorn Museum and Sculpture Garden, Washington, D.C.; Hiroshima City Museum of Contemporary Art, Japan; Kunsthaus Zurich, Switzerland; Metropolitan Museum of Art, New York; Musée National d’Art Moderne, Centre Georges Pompidou, Paris; Museum of Modern Art, New York; Solomon R. Guggenheim Museum, New York; Tate Gallery, London; and Walker Art Center, Minneapolis, amongst many others. 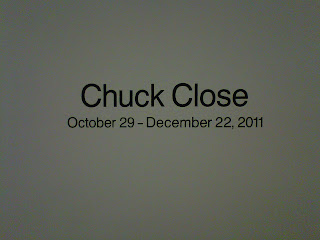 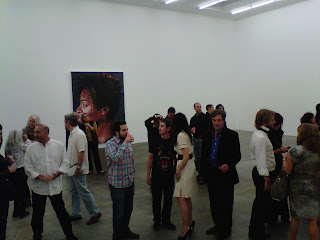 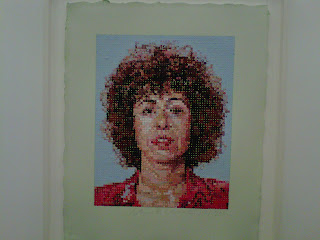 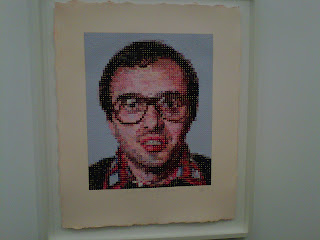 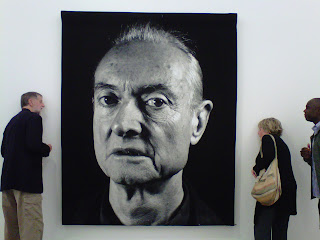 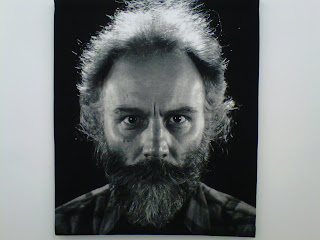 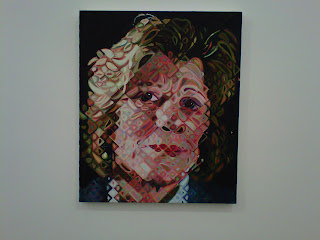 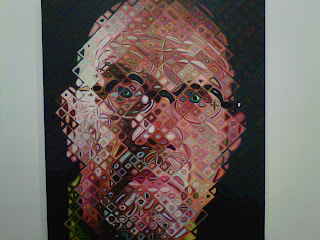 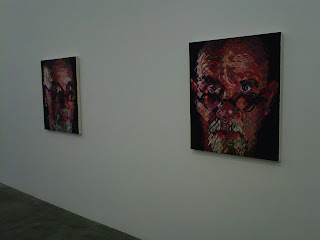 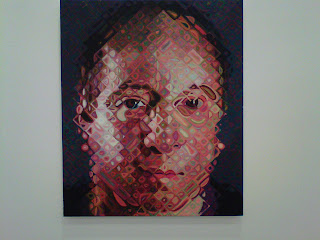 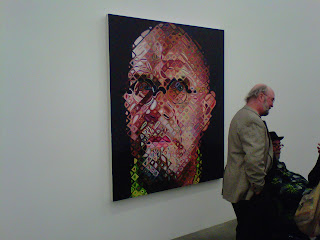 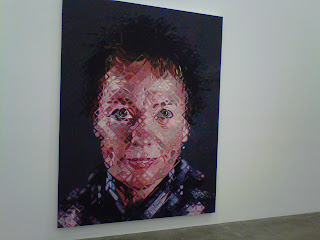 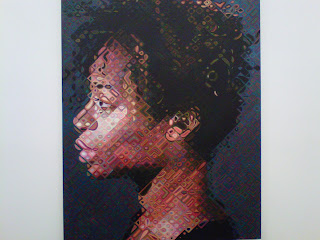 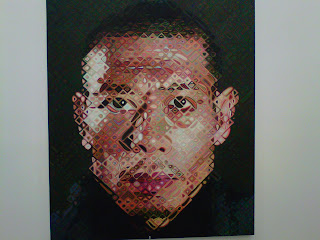